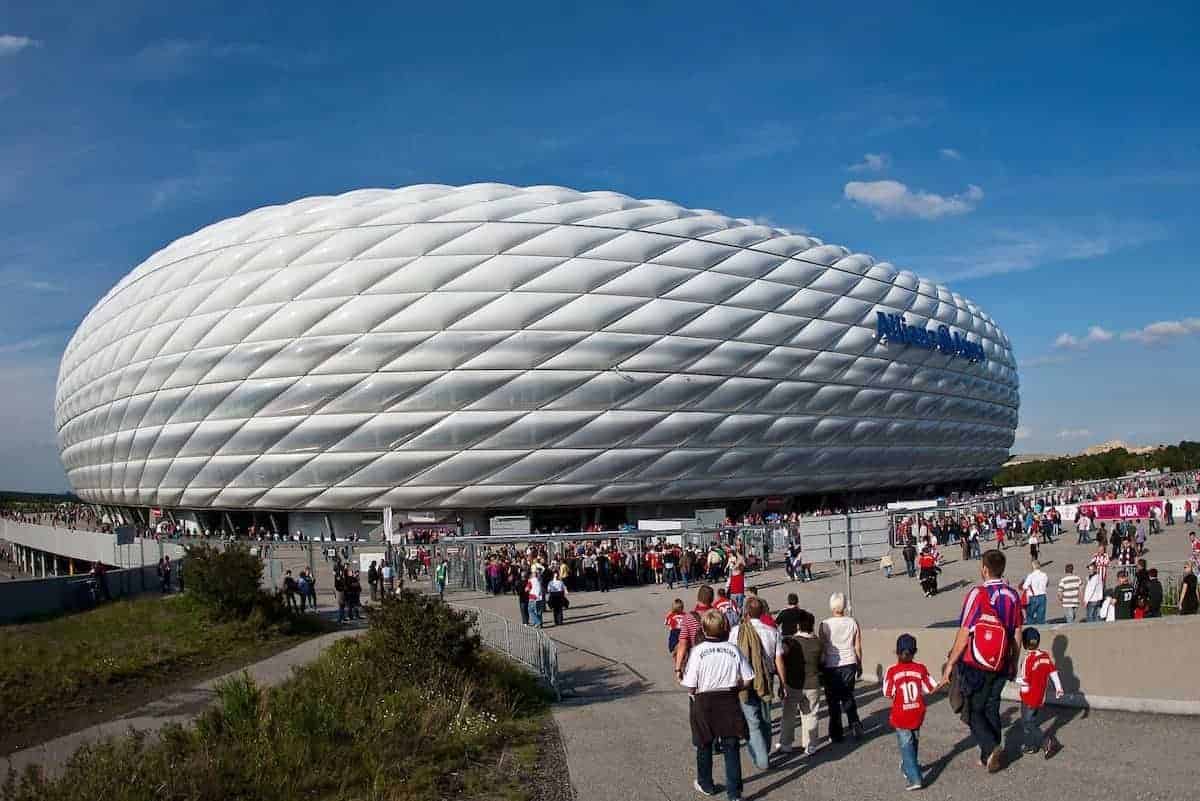 Liverpool’s opponents for the Audi Cup, to be held at Bayern Munich’s Allianz Arena, include three of the biggest names in European football.

The Reds will compete in the pre-season tournament in August, as part of their summer of preparations for the 2017/18 campaign.

Talks regarding their place in the Audi Cup were revealed back in March, with Bayern serving as hosts.

Along with Liverpool and Bayern, Atletico Madrid will take the third spot, while AC Milan are set to round off the quartet – although are yet to be confirmed, as their participation is providing they aren’t involved in Europa League qualifiers.

The tournament is to be held on August 1 and 2; formed of two semi-finals on the first day, and a final and third-place playoff on the second.

This provides the Reds with the opportunity to test their mettle against some of Europe’s finest sides, with Atletico reaching the semi-finals of this season’s Champions League.

With Jurgen Klopp steeling his side for a top-four finish this month, the Audi Cup could be a primer for the campaign to come.

Liverpool will travel to Sydney for a friendly on May 24, before a short break, then flying to Hong Kong for the Premier League Asia Trophy in July.

Klopp is also planning a training camp in Germany, with a friendly clash with Hertha Berlin mooted.

It is likely that the Reds will also line up some domestic friendlies, having played Tranmere Rovers, Fleetwood Town, Wigan Athletic and Huddersfield Town last July.