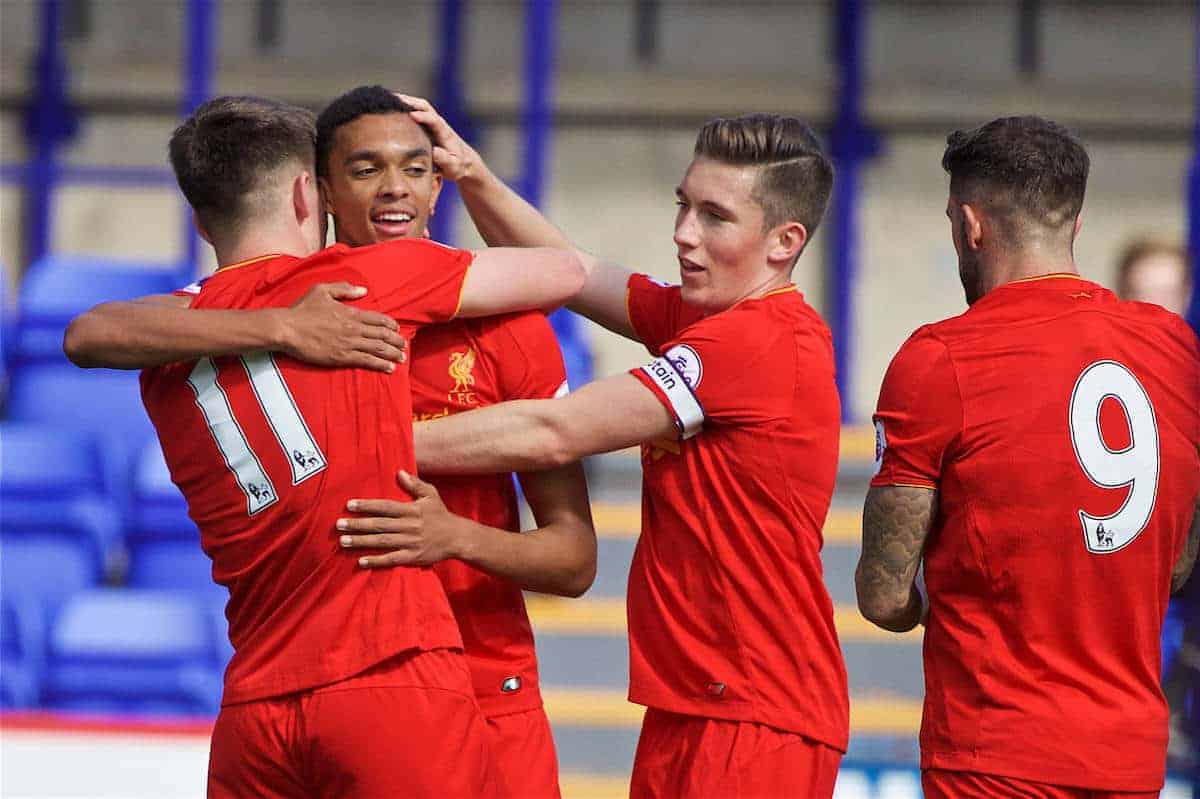 Liverpool youngsters Trent Alexander-Arnold and Ben Woodburn have been nominated for the Premier League 2 Player of the Year award.

The teenagers made the breakthrough onto the first-team stage this season, but have also regularly turned out for Michael Beale’s U23s side.

While the young Reds failed to secure the Premier League 2 title, losing out to rivals Everton, they are still well-represented in the division’s end-of-season awards.

With rival managers nominating the finest individual performance from each of the opposing clubs for the season, both Alexander-Arnold and Woodburn have been recognised.

However, despite scoring 28 goals for the U23s this season and arguably outperforming his younger team-mates, Harry Wilson missed out.

But this does serve to underline the significant potential of Alexander-Arnold and Woodburn, who have shone consistently throughout 2016/17.

Alexander-Arnold is likely best placed to seal the award later this month, having already been named Liverpool’s Young Player of the Season.

But Woodburn certainly has a strong claim, too, having risen through the ranks in impressive fashion.

While title glory eluded them, it was a hugely productive season for the U23s, with a host of youngsters making the step up and establishing themselves under Mike Garrity.

Beyond Alexander-Arnold, Woodburn and Wilson, Kamil Grabara, Matty Virtue and Ovie Ejaria were among those to thrive, while Sheyi Ojo showed promising signs towards the end of the campaign.

With the likes of Conor Masterson, Yan Dhanda and Rhian Brewster dividing their time between the U23s and U18s and holding their own, there is cause for great optimism at Kirkby.

It was a disappointing season for 19-year-old midfielder Adam Phillips, however, who announced on Friday that he had left the club.

Phillips had been compared to Steven Gerrard due to his excellent passing range, but struggled with injuries over the past year and failed to secure a contract extension.

His departure serves as a cautionary tale to those currently making waves in the U23s, as nothing is ever certain at youth level.