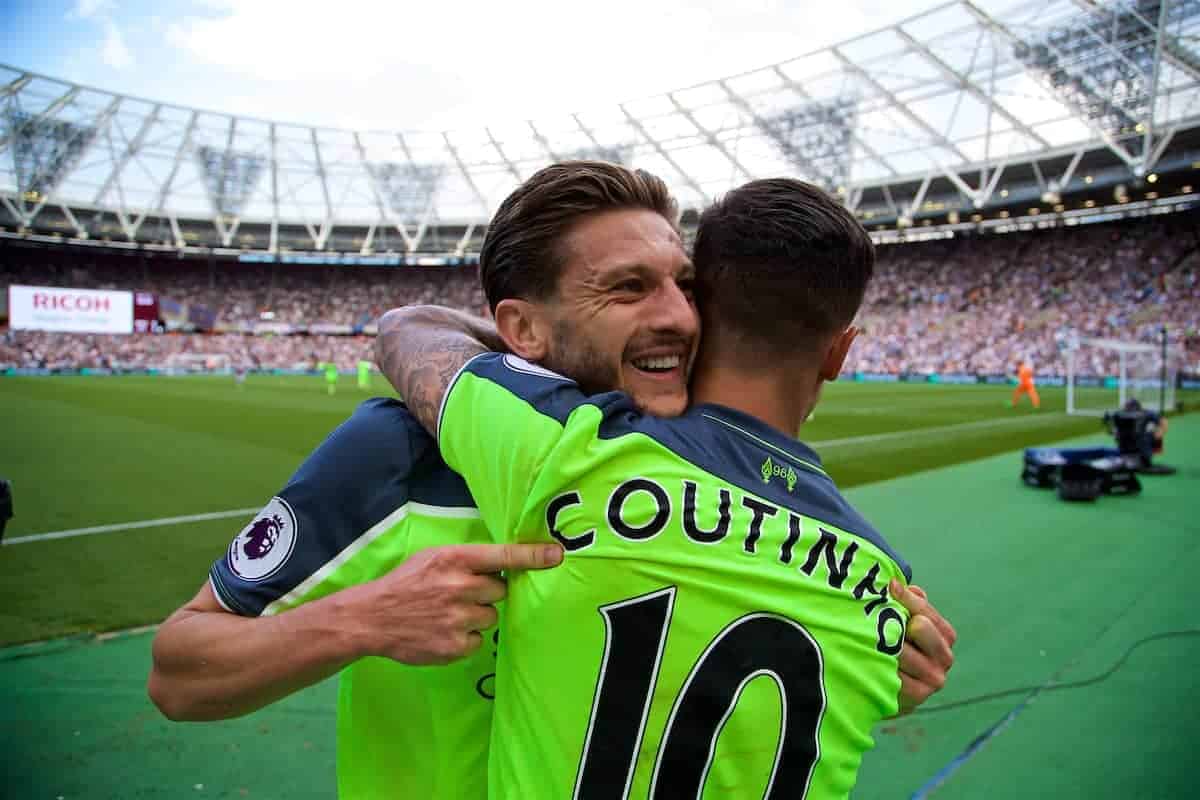 Adam Lallana feels Liverpool passed a major test of character in the race for a Champions League spot by thrashing West Ham on Sunday.

The Reds ensured their destiny remains in their own hands in the fight for a top-four finish with a 4-0 victory at the London Stadium.

Liverpool travelled to the capital knowing any slip-up could hand the initiative to Arsenal, and faced a Hammers team who had dashed Tottenham‘s even loftier ambitions just nine days earlier.

But a double from Philippe Coutinho and strikes from Daniel Sturridge and Divock Origi means victory over relegated Middlesbrough on the final day will take them back to Europe’s elite next season.

Midfielder Lallana told the club’s website: “People were talking about the pressure with the results on Saturday, but I felt very calm even in the warm-up and the dressing room.

“I felt the balance was right and we didn’t have to put too much pressure on ourselves. You only have to look at the teamsheet and it had goals, creative players, it had everything really, and I felt we trusted that, we trusted our ability. “Credit to the lads. It was a big pressure game but the way we dealt with it was superb.”

It was not the way the Hammers wanted to end what has been a turbulent first season as tenants of the former Olympic Stadium.

As well as the drubbing by Liverpool, they have conceded five at home to Arsenal and Manchester City, four to Watford and City (again), and three to Southampton and Leicester.

“We tried our best and went out there to try and put on a performance. But sometimes you have days like that and unfortunately we’ve had a few of them this season.

“But we’ll move on to next season and learn from this season, especially at home.”