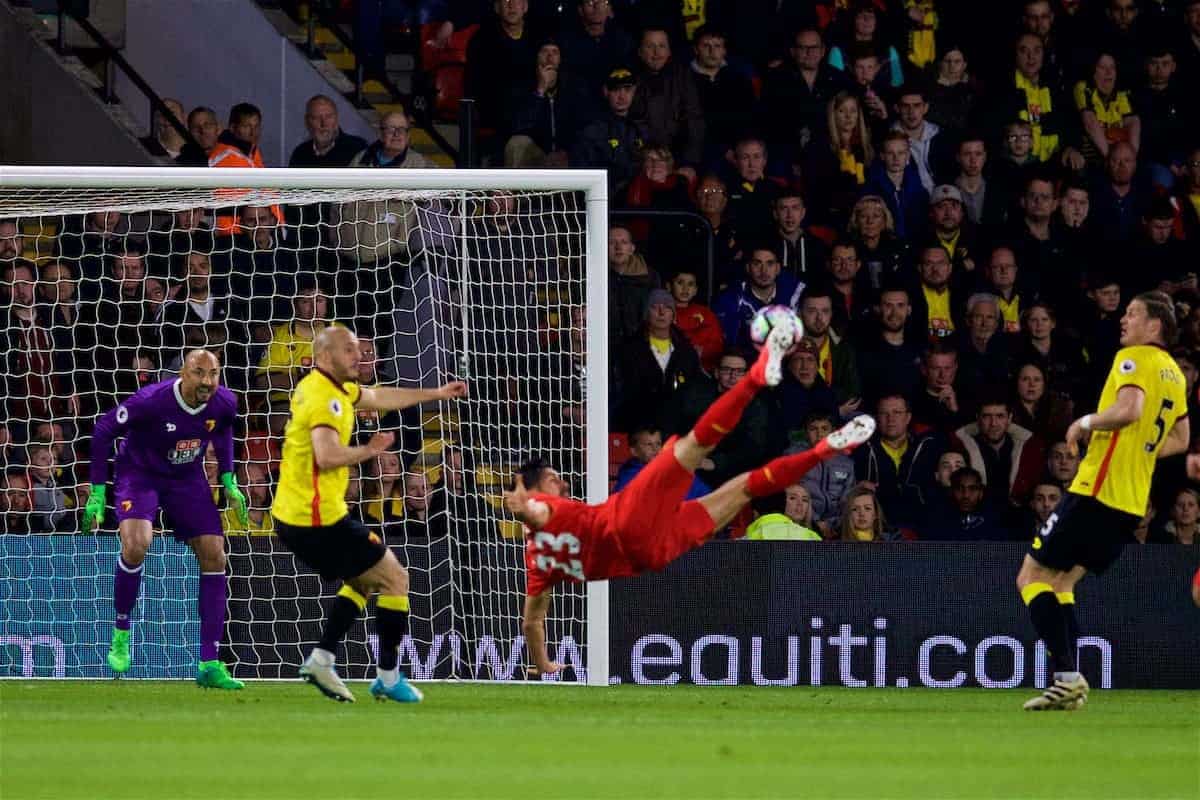 There are no surprises over the winner of Liverpool’s goal of the season, but the rest of the picks serve as reminders of the Reds’ attacking prowess too.

Emre Can‘s stunning overhead kick to see off Watford near the end of the season was a worthy winner of the Premier League‘s goal of the season competition, so of course it has also taken top spot in Liverpool’s ranks too.

But with 78 goals scored in the league play alone, and a further 14 in the domestic cups, there was plenty to choose from for the best of the rest, as the above video showcases.

Gini Wijnaldum‘s final-day strike at the end of a flowing move gatecrashed the top 10, notable as much for the sweetness of his finish as for the importance of the goal, which set the Reds en-route to three points and the Champions League.

Nobody will be surprised that the Reds’ Brazilian attackers feature prominently, and Philippe Coutinho and Roberto Firmino brought up the next two with well-taken goals against West Brom and Swansea respectively. Sadio Mane‘s devastating debut goal to sink Arsenal came in at No. 7, while Coutinho’s free-kick from earlier in the same match was one spot higher.

A belting top-corner strike from captain Jordan Henderson at Stamford Bridge, Can’s low bullet effort against Burnley and Firmino’s half-volley from distance at Stoke all took their place in the top five.

The runner-up spot went to Coutinho, with his solo goal in the derby a real high point in his season—but there was no catching Can for his acrobatics at Vicarage Road.