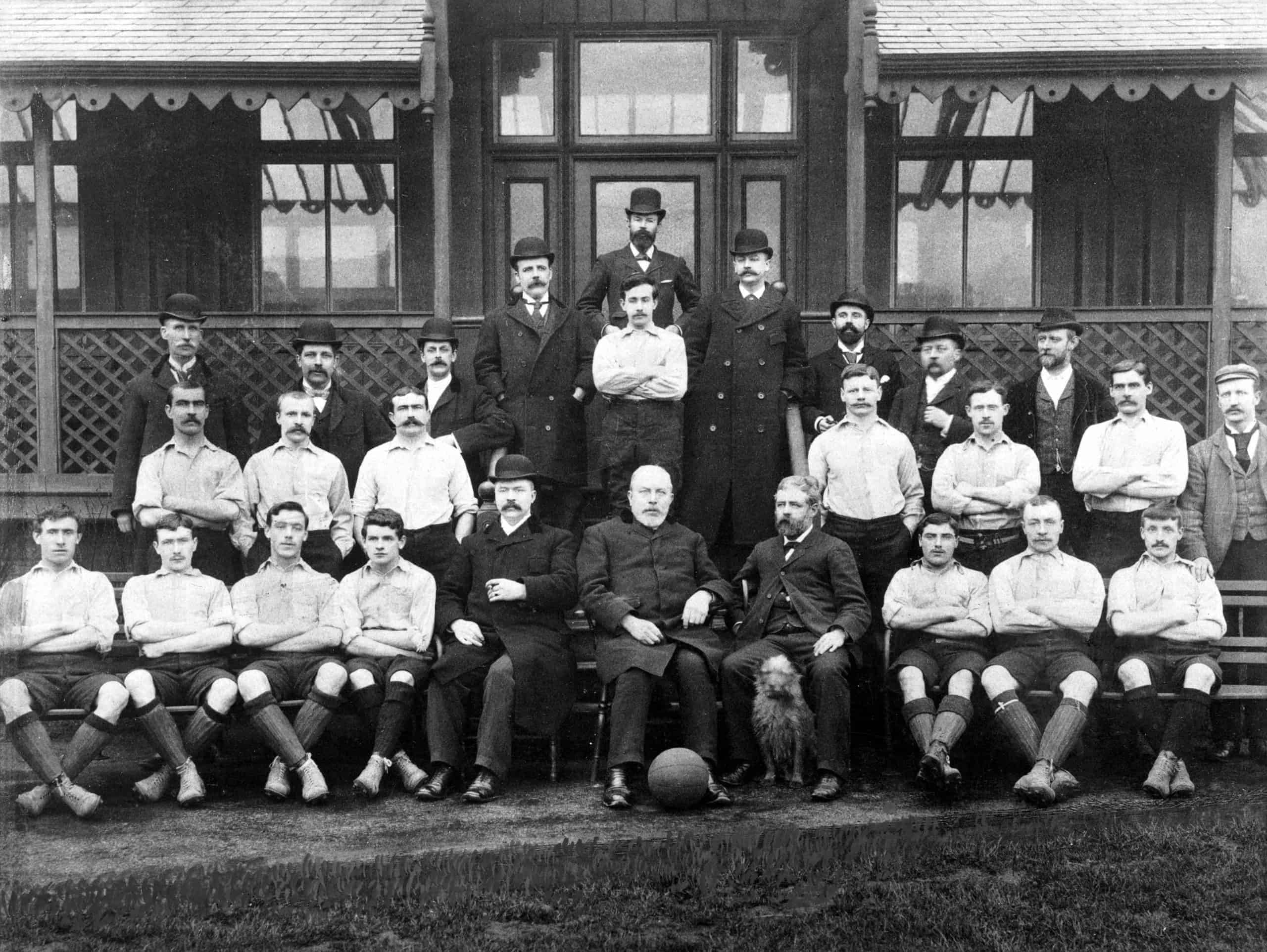 The incredible story of how Liverpool FC were founded.

In an innocuous column, situated in the top left hand corner of the now defunct Liverpool Mercury, dated March 16th, 1892, a remarkable story is told. Under the headline:

THE FUTURE OF EVERTON FOOTBALL CLUB

MR HOULDING REMOVED FROM THE PRESIDENCY

The birth of sporting dynasty is described in stunning detail. It tells how, in a packed committee room, in the Presbyterian School on Royal Street, Everton Valley, an extraordinary battle was being waged. It will ultimately lead to the city of Liverpool’s only top flight team tearing its self apart and the establishment of a rivalry that would turn the city into the most successful footballing town in England.

Everton had won the title in 1891 but had failed to defend it. Some Directors had blamed the team’s poor showing on the fact that they got changed into their kits at the Sandon pub, which was situated just across the road from the Anfield pitch. The implication was they were sampling the local hospitality, instead of preparing themselves for games.

Before the assembled businessmen at the meeting, was a motion to remove the president, John Houlding, a brewer and politician, from the board. Plans were also afoot to relocate the club altogether.

Houlding had set up a new company, the Everton Football and Athletic Grounds Company Limited. However, he couldn’t get it registered as two companies with such similar sounding names couldn’t exist. The board discovered this and, suspicious of his motives, they were outraged.

Rival factions within the club’s hierarchy had been at war for months now. The row stemmed from the fact that Houlding, who owned the ground at Anfield wanted to raise the rent.

His opponents on the board believed he was trying to steal the club away from them, along with its fixtures and fittings, while making a tidy profit at their expense. As well as steadfastly refusing to pay up, they also wanted him out. If he lost the vote on the night, it would leave him with a ground, but no team.

In truth he knew what was coming and had already worked out his ‘Plan B’. Anyone reading the proceedings of these meetings would be left with the impression that John Houlding was enjoying himself.

The board had called an ‘Extraordinary General Meeting,’ ostensibly to carry out a coup, removing their president in the full glare of the local press. In the chair for the night was one of Houlding’s rivals and future leader of Everton, George Mahon. Tensions reached fever pitch when the president, Houlding, entered the room.

Mahon stood and asked if, as Club President, he would like to take the chair. There were cries of “Hear, hear” and “No, no.”

Sensing the drama of the occasion, Houlding rose to the challenge. “I am here to reply” he said, then with a twinkle in his eye, he added “and a criminal never takes the chair, he steps into the dock.” It brought half the house down at least. Laughter and applause mixed with cries of “Shame!” rang out.

A furious debate raged with claim and counter claim flying in all directions. The committee accused their President of “underhanded deeds.” He had, they said, sought to set up his own company and register it with the Football Association He steadfastly denied any wrongdoing, but it was clear that a historic split was on the cards.

In the end the motion to split was carried easily and just three days later, on the 15th March 1892, Liverpool F.C. and Athletic Grounds Limited was formed. The Football Association granted it official recognition three months later, on the 3rd June. 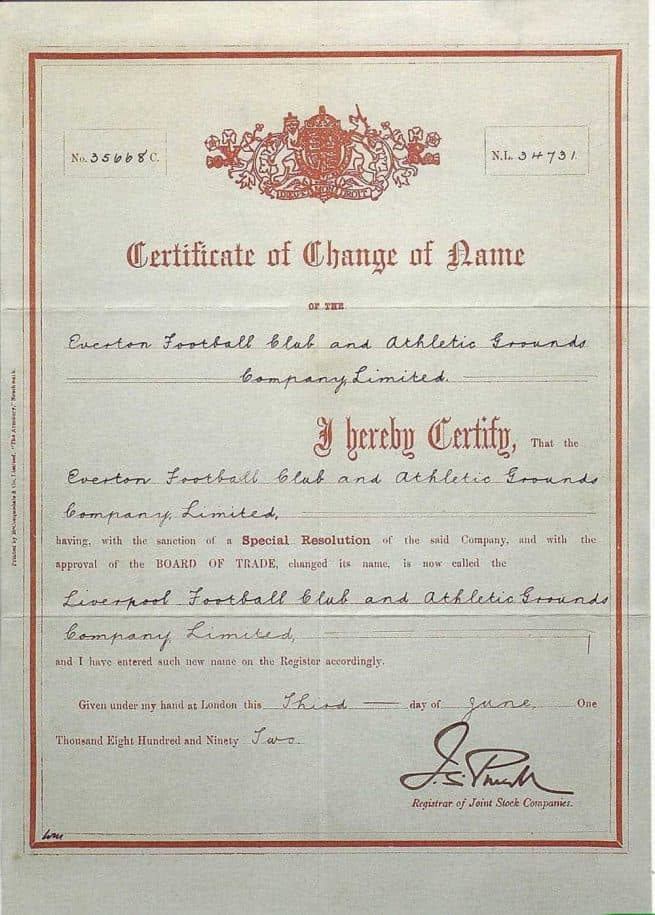 A great sporting institution came into existence on that day. A rivalry, that began in the boardroom, would go on to divide families throughout the city straight down the middle. It’s one that continues, albeit on the football pitch, to this day.

Houlding quickly assembled a squad, made up of largely Scottish players, dubbed the ‘team of Macs.’ He appointed William Edward Barclay as the manager and immediately applied to join the football league. His application was rejected and Liverpool entered the Lancashire League.

They were actually the third team in Liverpool, with Everton in the First Division and Bootle F.C. entering the newly formed Second Division. Barclay’s men and the club’s officials also met and got changed in the Sandon pub.

They would don their blue and white kits, which they wore until 1896, before crossing the road to Anfield. Their first competitive game came on the 3rd September 1892 at home to Higher Walton, in front of a crowd of 300. It finished 8-0 to Liverpool.

Houlding would wait just seven months to face his bitter rivals across the park, in the Liverpool Senior Cup Final at Hawthorn Road Bootle. It proved to be an encounter as fiery as the boardroom split that created the two teams, but we’ll talk about that later.