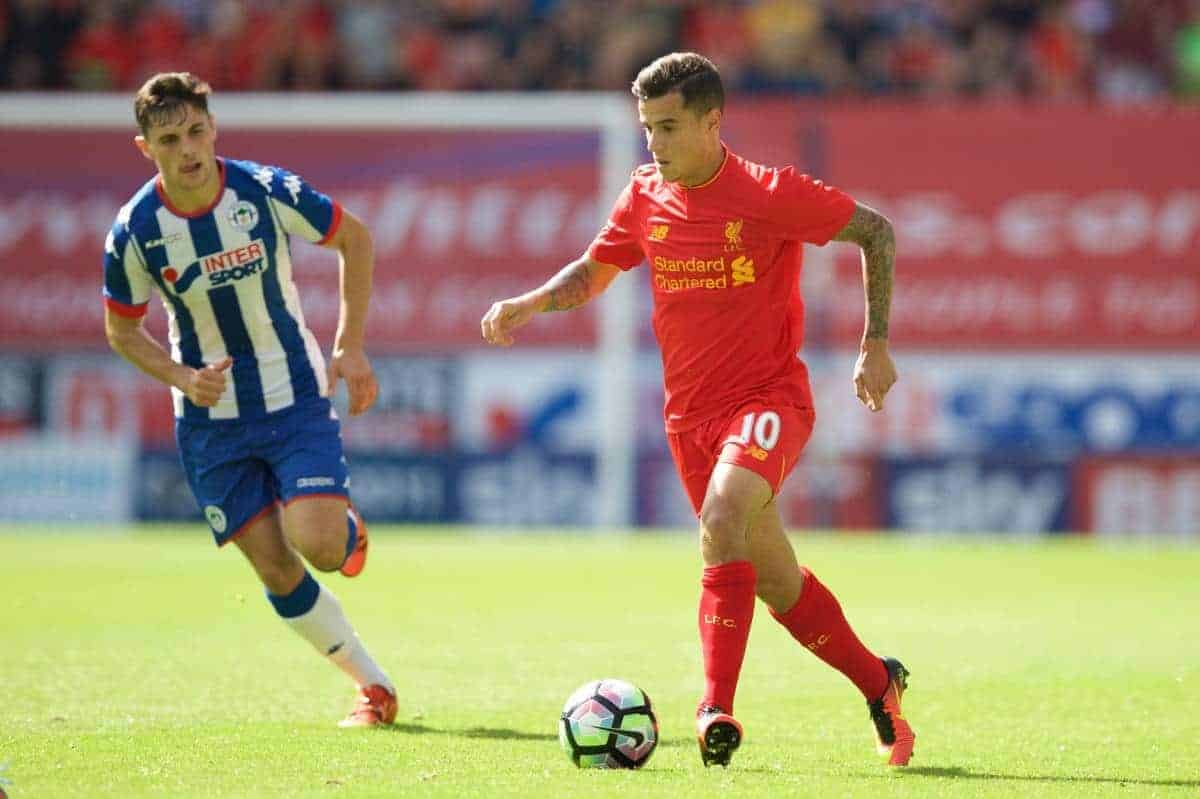 Liverpool played nine pre-season friendlies last summer but have so far only confirmed six this season.

The Reds will travel to Asia in mid-July, where they’ll face Crystal Palace and either West Brom or Leicester, before heading to German to play three more games.

They round off pre-season in Dublin against Athletic Bilbao the week before the season kicks off.

But until now no news had been reported on domestic friendlies in the north-west before flying to Asia and Germany.

Now, it’s reported that the Reds will again play Tranmere Rovers and Wigan Athletic, as they did last summer.

They will likely be played on the weekends of July 8 and 15.

There could be a third domestic friendly too, against Championship Preston North End – who we played in consecutive pre-seasons in 2013 and 2014.

These early friendlies will give some younger players chance to impress Jurgen Klopp, but unlike recent seasons there is no major tournament taking place so plenty of the big names will also be involved.