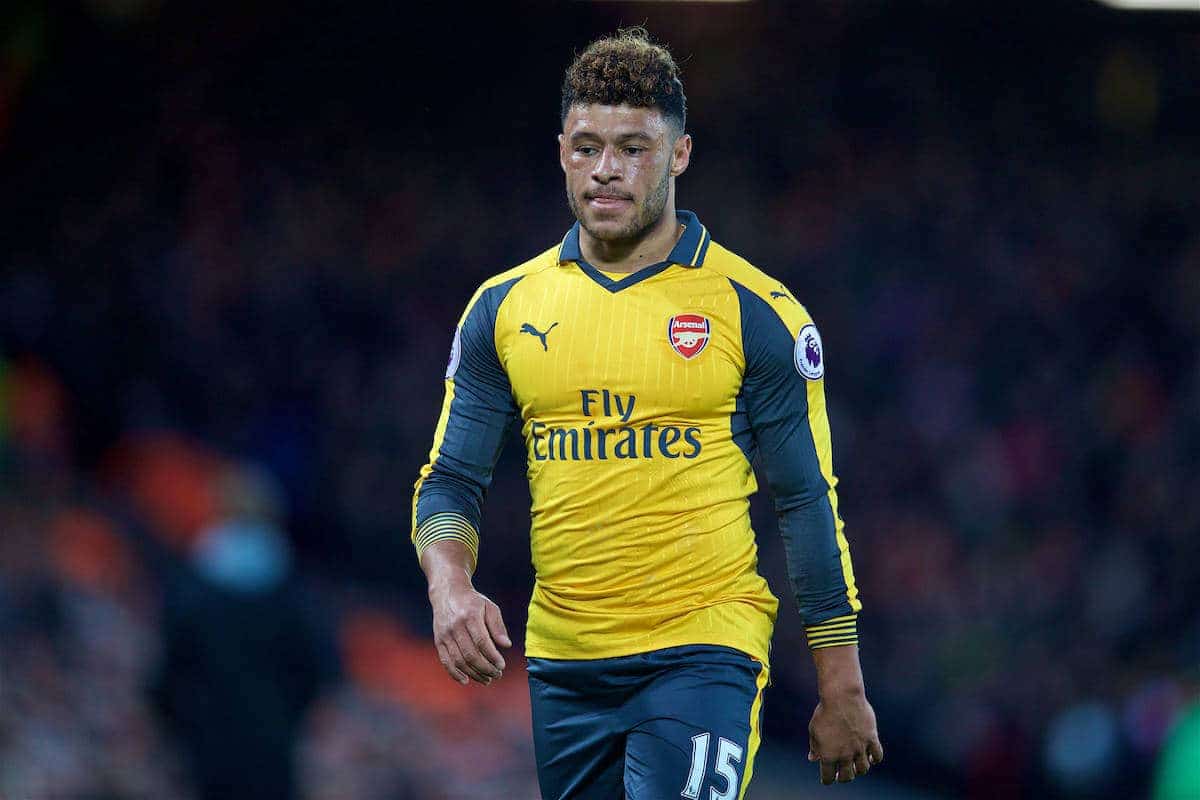 Arsenal midfielder Alex Oxlade-Chamberlain is said to be “frustrated” with the club’s delay in opening contract talks, with Liverpool interested in a deal.

Oxlade-Chamberlain is one of Jurgen Klopp‘s widely reported targets ahead of the 2017/18 campaign, with concrete reports emerging in April.

The 23-year-old is not considered a priority for the Reds, but he would certainly provide a useful option in a variety of roles.

He has served as a utility man for much of his spell with Arsenal, and he could arguably shine either in midfield or out wide if he joined Liverpool this summer.

The England international is one of a host of players in the final year of their contracts at the Emirates Stadium, but it would seem that Arsene Wenger’s focus is elsewhere.

The Mail and the Mirror have both claimed that Oxlade-Chamberlain is “increasingly frustrated” with a lack of progress in talks with the Gunners.

Arsenal are said to have “yet to formally offer him a new deal,” with this uncertainty causing Oxlade-Chamberlain to consider his options.

If he fails to agree an extension, it is likely that the Gunners would opt to sell in order to secure a big-money deal, with Liverpool said to be willing to pay up to £25 million.

Liverpool are currently pursuing RB Leipzig’s Naby Keita and AS Roma’s Mohamed Salah in their efforts to bolster their midfield and wide ranks respectively.

Gelson Martins, Douglas Costa and Keita Balde are Klopp’s alternatives out wide, and it is more likely that Oxlade-Chamberlain is being considered for the No. 8 role.

Though there are suggestions that an improved offer for Salah is in the works, few developments have been reported with regards Keita.

Leipzig are keen to secure the Guinean’s services for the long term, and having qualified for next season’s Champions League, there is little incentive for Keita to depart.

If Oxlade-Chamberlain is an alternative to the 22-year-old, who is valued at £50 million, this contract impasse could work in Liverpool’s favour.

Chelsea and Man City are also touted as suitors, but the Reds are most likely to be able to offer Oxlade-Chamberlain regular game time.

For now, it remains a situation worth keeping an eye on—and it is certainly encouraging that Liverpool aren’t the only top-six side proving inept in the boardroom this summer.