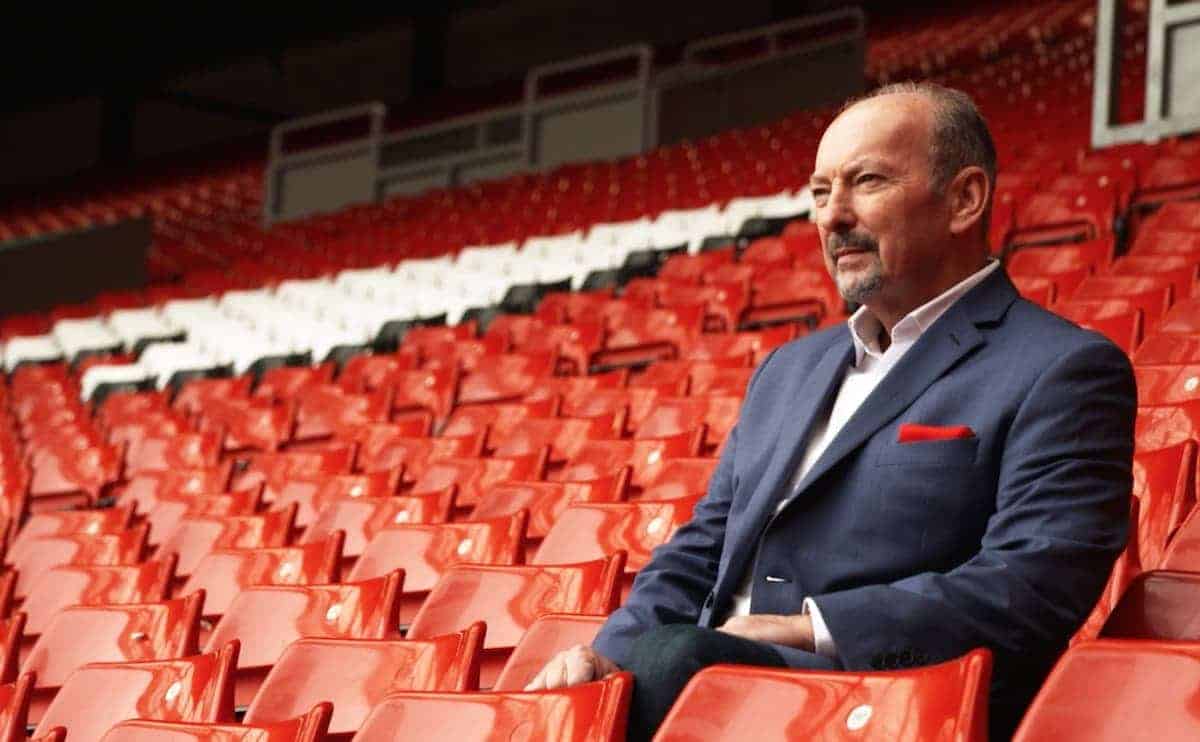 New Liverpool FC chief executive Peter Moore has explained how his arrival at the club will help manager Jurgen Klopp.

Moore begins his new role three months after former CEO Ian Ayre left the club, with Klopp having been the “sole face of the club” since then.

“He made a point that it was taxing on him to be the face of the club,” Moore told reporters at Anfield in his first briefing with the media this week.

The new hierarchy sees Moore’s focus being more on the business side of the club, with sporting director Michael Edwards and Klopp focussing purely on the football matters.

“My job is to let him [Klopp] focus on what’s on the pitch and then let me take responsibility for what’s off the pitch and be the face of the club where it’s appropriate.

“Jurgen is still going to do all his news conferences — and there’ll be a lot more of them hopefully next season — but I want him to do what Jurgen Klopp does better than any other manager in the world in my estimation, which is to build and motivate a world-class team.”

Moore was also asked about Liverpool’s spending power this summer, with plenty of headlines of £50 million bids, transfer records to be broken, and £150 million overall transfer spend.

Moore insists Liverpool won’t just spend because their rivals spend though, but that there are “tremendous resources” available at Anfield.

“This is not about if Chelsea spend a pound then we have to spend a pound regardless of the quality of the player we’re looking at,” he explained.

“This is what I’ve done for 40 years. You look at a budget and what capital expenditure you can afford, which is going and buying something, writing a cheque for something, and then you look at your OPEX [operating expense], which is the paying for the upkeep of the asset, let’s say those assets are players here.

“This is less about an arms race for spending as much money as we can, it’s more about spending smartly. There are tremendous resources that are available for this club here. Our focus is to buy the right players, get the right value, strengthen the squad.

“Hopefully we’ve got a long season of European football ahead of us and, as such, that squad needs to be built to be able to take that on accordingly, particularly with the style of football we play.”