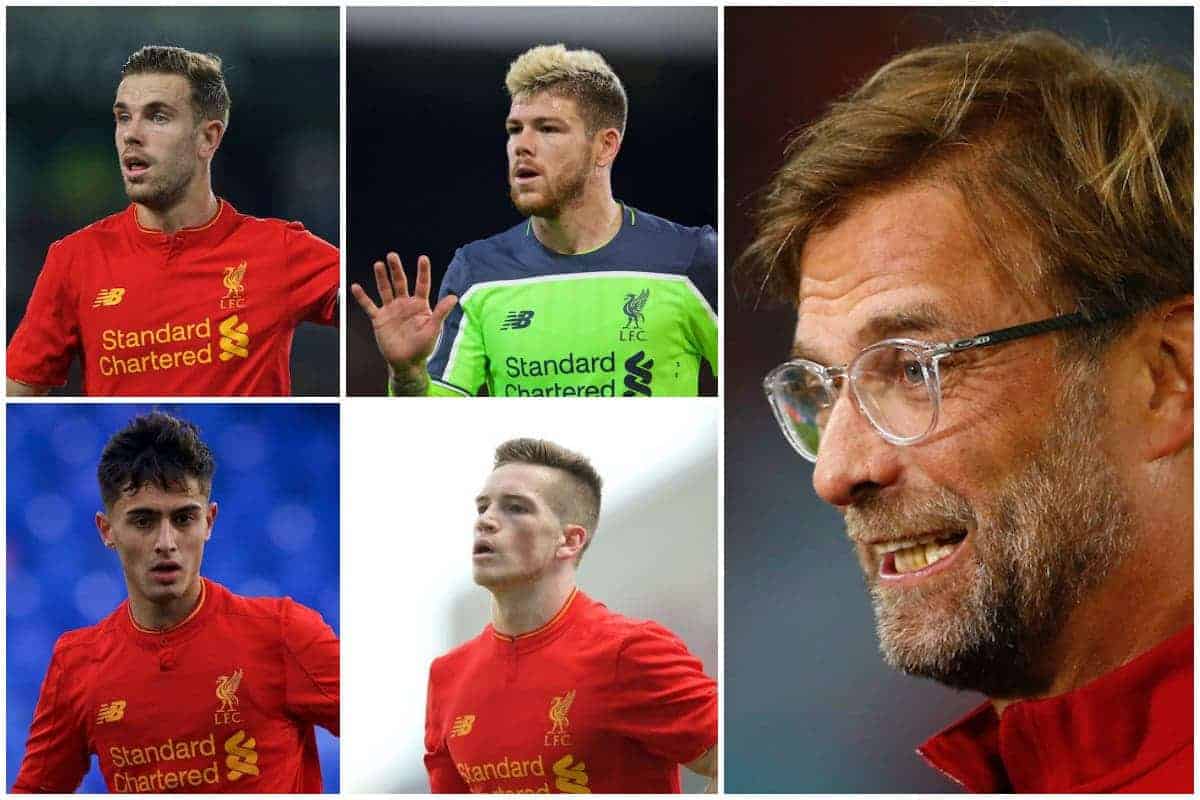 As Jurgen Klopp welcomes his Liverpool squad back to pre-season training at Melwood, the German has plenty of work to do over the summer.

The Reds begin the filter back into their routine on July 5, with Klopp’s non-internationals reconvening in West Derby to prepare for the 2017/18 campaign.

They will be followed by those involved with their respective nations over the past six weeks, including £36.9 million signing Mohamed Salah, with Emre Can set to be the last to return.

Kicking off their pre-season campaign away to Tranmere Rovers on July 12, the Reds face an eight-game schedule that takes them to Hong Kong, Germany and, finally, Dublin.

With sporting director Michael Edwards spearheading negotiations for further signings, Klopp is left to focus on his squad, with Liverpool competing on four fronts next season.

So what will be the 50-year-old’s priorities at the start of pre-season? Here are five key issues to focus on.

“In our opinion, it fitted best to the players we had. I’m not sure which way we have to play next year, there will be a few different ones.”

Having overseen his first two seasons with the Reds utilising two different staple systems, it would be no surprise to see Klopp deploy a new setup for the 2017/18 campaign.

Towards the end of last season the German fielded a three-man defensive line, with Philippe Coutinho also tested in a deeper role in midfield, prompting a strong final run of form.

Pre-season will allow Klopp to experiment further, and find the best system to suit his new-look squad. Both Alexander-Arnold and Woodburn went on to establish themselves as regulars in Klopp’s matchday squad in 2016/17, and Ejaria likely would have, too, if it weren’t for a troubling injury.

Klopp has challenged his settled youngsters to make the “next step” next season, attesting that they are now accustomed to the rigours of senior football.

With Liverpool competing in the Premier League, FA Cup, League Cup and either the Champions League or Europa League, there is scope for Klopp to further supplement his squad.

Pre-season could allow him to take a closer look at Conor Masterson, Juanma, Matty Virtue and Yan Dhanda, though Rhian Brewster is ruled out with a broken foot. Klopp is clearly eager to strengthen his midfield ranks this summer, with both Naby Keita and Alex Oxlade-Chamberlain in the German’s sights in the transfer market.

Signing both would leave Klopp with a wealth of talent in the middle of the park, including Coutinho, Ejaria, Can, Adam Lallana, Georginio Wijnaldum and Marko Grujic.

One player who will be forced to play catchup is Jordan Henderson, who spent the last three months of last season sidelined with a foot injury.

Henderson was in fine form for the Reds when fit, shining in a new No. 6 role, but despite remaining Klopp’s captain, there is no guarantee he will slot straight back in next season.

The England international has spent the summer undergoing rehabilitation, and pre-season will give Klopp the chance to assess Henderson’s fitness as he moulds his squad for 2017/18.

Klopp has likely made his mind up on a host of players set to depart Liverpool this summer already, but the German is expected to bide his time before sanctioning any loan deals.

Danny Ward, Joe Gomez, Sheyi Ojo, Ryan Kent and Harry Wilson have already been subject of interest from clubs this summer, while Ejaria, Grujic and Danny Ings could arguably benefit from a move, too.

But their performances over the course of pre-season will determine whether Klopp can rely on them as part of his first-team squad next term, or they require further experience.

With a skeleton crew expected back in the first days of pre-season, some of these peripheral figures could get the chance to impress.

And before his heavy-hitters return following their international exploits, Klopp can make some crucial decisions on whether or not to loan them out.

For Mamadou Sakho, Alberto Moreno and Lazar Markovic, Klopp’s mind is seemingly already made up: if a club meets Liverpool’s valuation this summer, they will be moved on.

Some fringe figures, like Kevin Stewart, Jon Flanagan, Cameron Brannagan, Pedro Chirivella and Connor Randall, may find themselves in a similar situation.

Pre-season will remain a pivotal period for that group in terms of regaining sharpness and fitness, but for Klopp, it may be a case of putting his unwanted talents in the shop window.

Liverpool are set to play hardball in the market this summer, for example having already rejected an £11 million from Napoli for Moreno, and his performances throughout the summer could justify his £15 million price tag.

This will aid Edwards’ job in finding new clubs for Klopp’s exiles, with pre-season reminding those looking of the quality and untapped potential available.