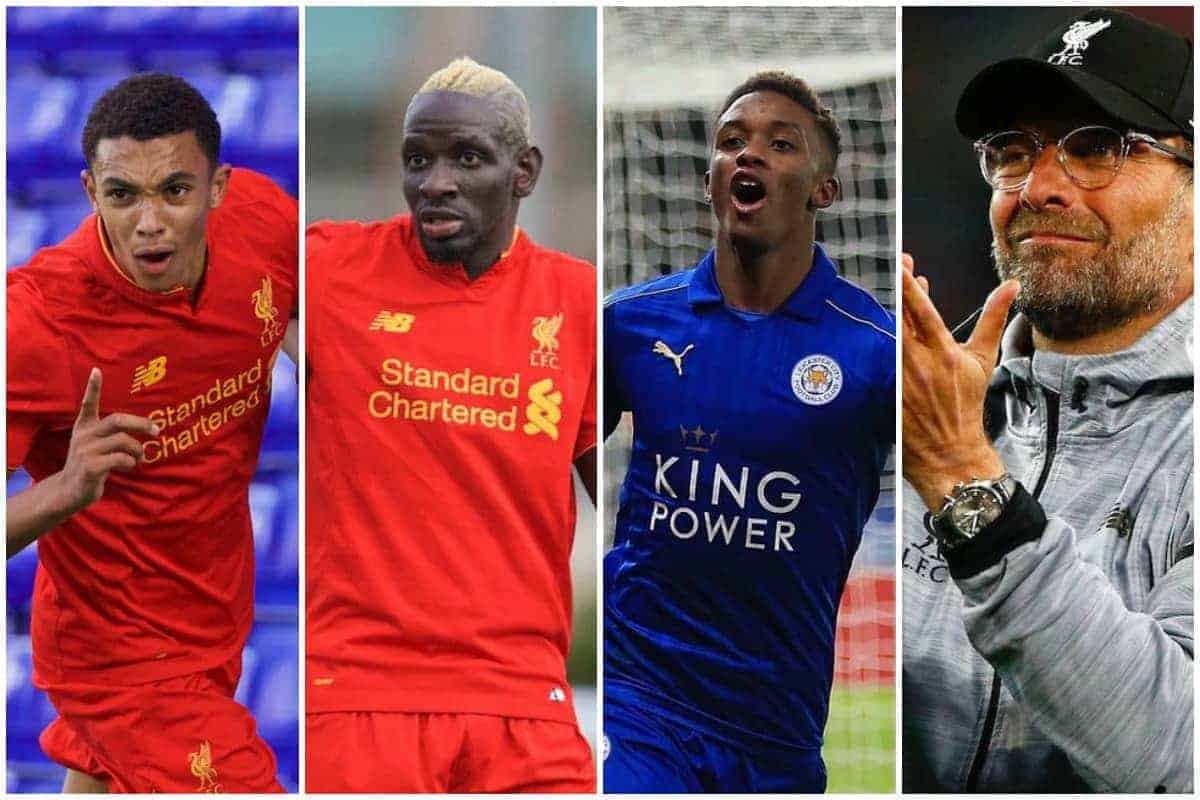 We continue to round up the latest Liverpool transfer news and rumours, with reports of a contract extension, a likely departure and possible arrival.

After Thursday saw the Reds’ transfer window conjure two more instalments in the Naby Keita saga, ending the working week without further mention of the Guinean would be sensible.

Fortunately, as we bring you the latest from Liverpool’s forays into the summer market, some positive news has emerged from Melwood.

Here’s the latest transfer news and rumours, with a new contract in store for Jurgen Klopp‘s No. 66.

Alexander-Arnold in Line For New Deal

Along with Kevin Stewart and Ben Woodburn, Trent Alexander-Arnold was among a trio of Liverpool academy graduates to sign new long-term deals last November.

But just eight months later, the 18-year-old is in talks over an extension to his current contract, which expires in 2021.

According to the Times‘ Paul Joyce, Alexander-Arnold is set to be rewarded with a new five-year deal that will also see his wages rise to reflect his increasing importance.

The right-back is expected to challenge Nathaniel Clyne for a starting role in Klopp’s Reds side next season, and has a credible claim to the position.

While his improved terms come shortly after last year’s agreement, there is no denying Alexander-Arnold has an immediate role to play on Merseyside, and should be paid accordingly.

Earlier this week, Mamadou Sakho was reported to have agreed personal terms with Crystal Palace ahead of a possible move to Selhurst Park this summer.

However, it was claimed that Liverpool’s £30 million price tag could stand in the way of a deal, with Eagles manager Frank de Boer seeking an overhaul of his ranks ahead of 2017/18.

According to the Liverpool Echo on Friday, though, the Reds are still “confident” of securing their full valuation of the Frenchman, with Palace still favourites.

This could be helped by De Boer missing out on one of his other defensive targets, Ajax’s Kenny Tete, with Dutch publication Voetbal International claiming he is set to join Lyon instead.

Palace are also pursuing another of De Boer’s former Amsterdam charges in Joel Veltman, but the chances of a move for Sakho would certainly increase if Tete opts against moving to England. Despite having already signed Mohamed Salah for a club-record fee of £36.9 million earlier this summer, Klopp seems eager to add another wide option to his ranks.

Arsenal‘s Alex Oxlade-Chamberlain could be earmarked for that role, though the 23-year-old is instead targeting a move into the centre of midfield, looking to emulate Steven Gerrard.

Another possibility is Leicester City‘s England U21 international Demarai Gray, who first emerged on Klopp’s radar back in February.

According to the Mirror, Gray is looking for guarantees of regular first-team football at the King Power Stadium before considering whether to leave the Foxes.

Both Liverpool and Tottenham are said to be interested in the 21-year-old, though his future may hinge on whether Riyad Mahrez joins Arsenal this summer.