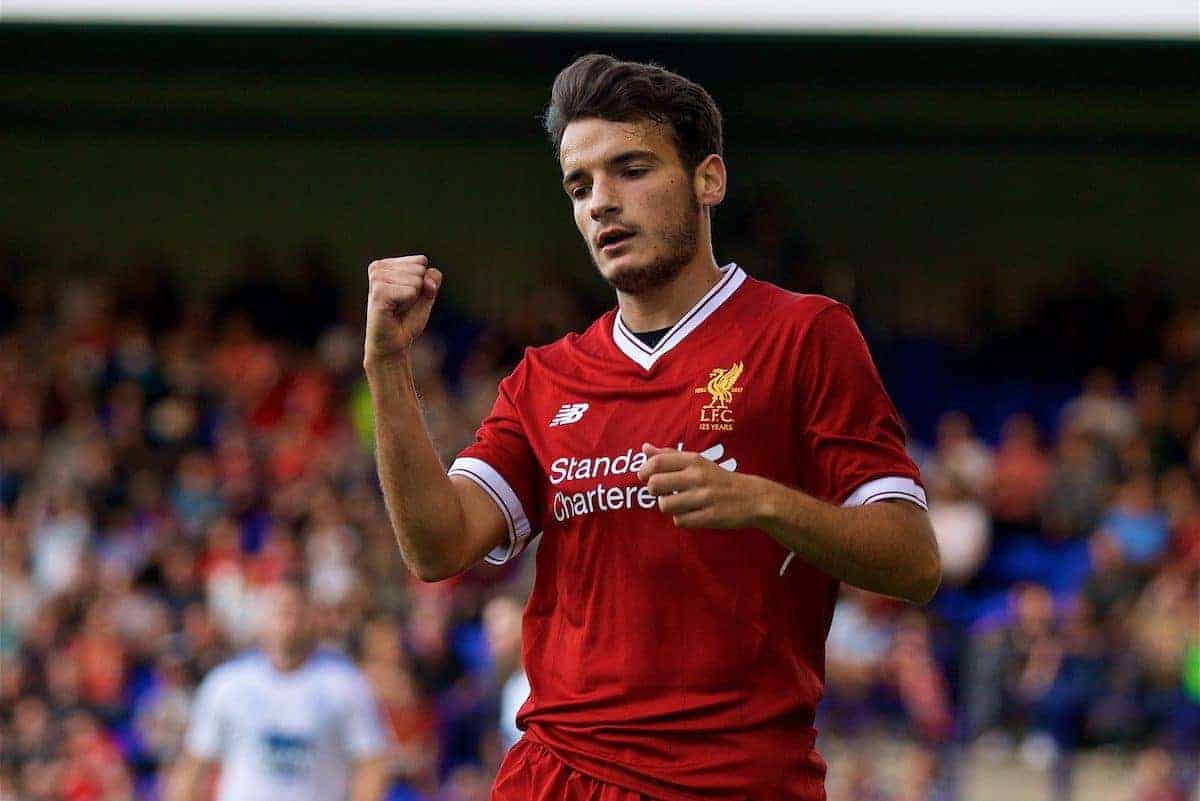 Liverpool left Prenton Park comfortable victors on Wednesday night, sealing a 4-0 win away to Tranmere Rovers to kick off their pre-season campaign.

The Reds made the short trip across the River Mersey to launch their summer preparations away to the National League side.

Allowing his players time to settle in after a long break, Jurgen Klopp named a different lineup for each half in Birkenhead, with Jordan Henderson among those to start. A returning Jon Flanagan was among the substitutes, as well as new signing Dominic Solanke, who made the move from Chelsea on the expiry of his contract on July 1. With new Reds CEO Peter Moore watching on from the stands, the Reds were in dominant form from the start. Marko Grujic enjoyed a physical midfield battle, lining up alongside Henderson and Georginio Wijnaldum as Klopp retained the 4-3-3 system that served him so well last season. The service of Trent Alexander-Arnold proved the most valuable asset for the Reds in the first half, with the teenager impressing as Klopp’s starting right-back. It was another youngster, Sheyi Ojo, who made the first goal with a bright burst of pace in the penalty area, with the winger brought down by Tranmere goalkeeper Scott Davies.

Up stepped James Milner, who tucked the resulting penalty away to make it 1-0. It wasn’t long before Grujic had made it 2-0, continuing his trend of scoring excellent goals in pre-season by bending a long-range effort into the bottom corner. This proved to be the last telling contribution of the first half, but with Solanke introduced after the break, along with nine others, the Reds continued to push for more.

Solanke, who was impressive in his first outing up front, almost put Liverpool three goals up with a close-range effort, but Davies parried it into the path of Pedro Chirivella instead.

With the midfielder tucking home, the Reds imposed a slower pace on proceedings, with Ben Woodburn‘s late penalty a rare moment of incision in the final third as the victory played out. After a positive 90 minutes with four goals, four goalscorers and no injuries, Klopp can feel positive about his side’s start to pre-season. Next up is Wigan Athletic on Friday night, and Klopp’s strong squad can hope for another convincing victory at the DW Stadium.