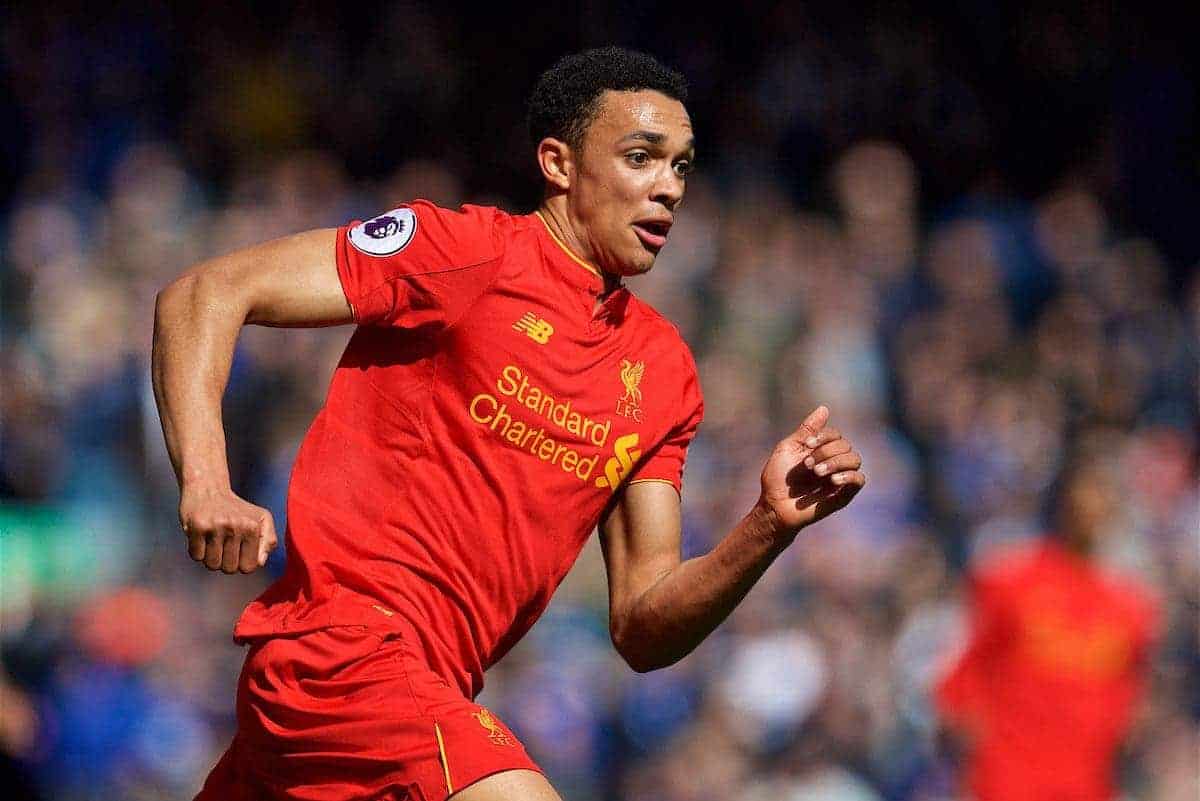 Liverpool youngster Trent Alexander-Arnold has put pen to paper on a new five-year deal with the club, eight months after his last contract extension.

The 18-year-old has agreed a deal that will keep him at Anfield until at least 2022, underlining his increasing importance under Jurgen Klopp.

Alexander-Arnold made 12 first-team appearances for the Reds last season, and is set to compete with Nathaniel Clyne for a starting role at right-back in 2017/18.

Having returned for pre-season training on Wednesday, Alexander-Arnold was confirmed to have signed his improved deal on Friday evening.

Speaking on the announcement of his new contract, the teenager stressed that this was just the start, as he continues to progress through the ranks on Merseyside.

“It’s exciting, a proud moment for me and my family. I’m excited for the good times ahead, hopefully,” he said.

“Hopefully I’ll have many more moments like last season in this season and the seasons to come.

“I can’t take it for granted, the position and opportunity I’ve been given. Every day I’m trying to maximise the opportunity and do well.

“You can never be satisfied with where you are. There is always room for improvement.

“It’s not a good thing if you ever are satisfied in football, you’ve always got to strive for better.

“Maybe you can dwell on achievements for a little bit but you can’t dwell on them for weeks or months. You’ve got to get back to the hard work.

“That’s what I’ll do straight away—I’ll get back into training, I’ll work hard and I’ll try to fight for a place in the team.”

Alexander-Arnold was named Liverpool’s Young Player of the Season in May, and was omitted from the England squad for the European U19 Championship this summer to focus on the Reds’ pre-season.