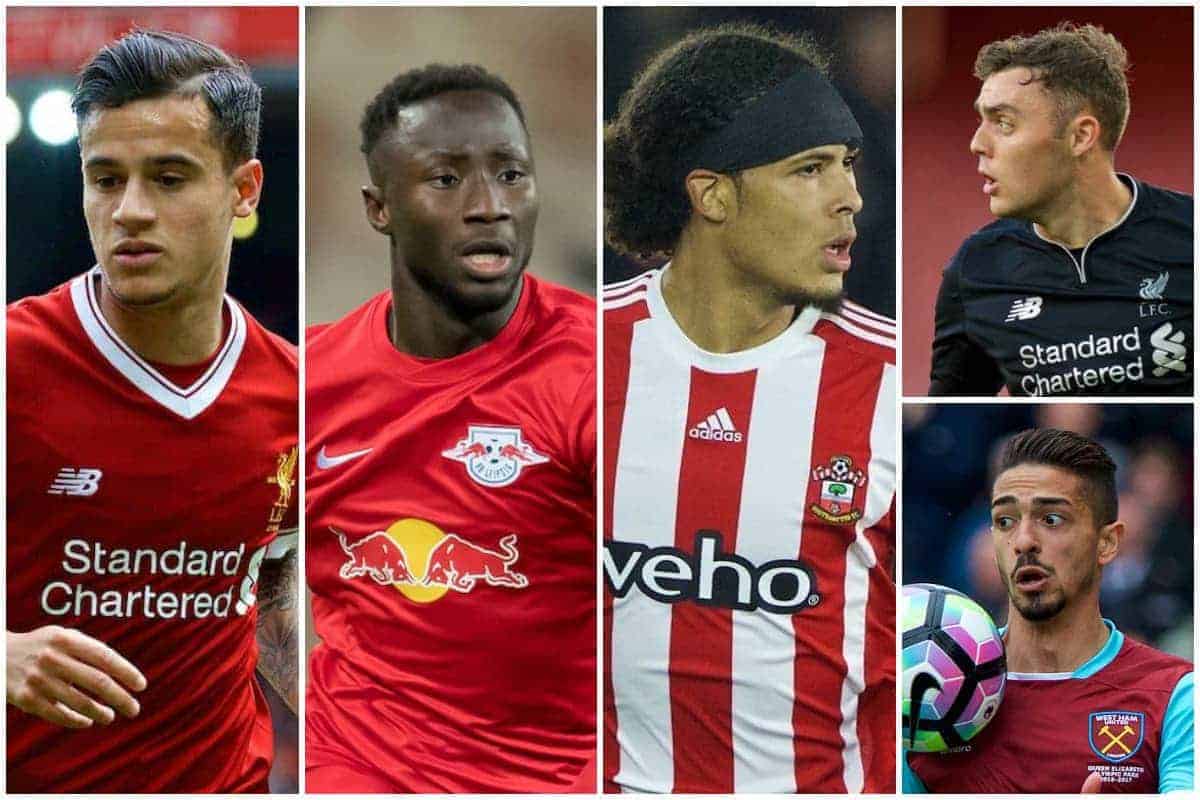 We continue to round up the latest Liverpool transfer news and rumours, as three particularly draining sagas continue throughout the summer window.

The Reds spent Thursday undergoing a double training session in Rottach-Egern’s after cycling through the picturesque town in the morning.

But will his group lose another high-profile member soon? Here’s the latest. Philippe Coutinho is part of Klopp’s 30-man group in Bavaria, but speculation has continued over his long-term future on Merseyside.

The Brazilian was subject of a failed £72 million bid from Liga giants Barcelona, with the Catalan side expected to return with an improved offer in the future.

As is typically the case with long-running transfer stories, reports from England and Spain are conflicted over the likelihood of Coutinho moving.

According to the Mail, Coutinho is not pushing for a move away from Anfield, having signed a new five-year deal with the Reds in January.

However, Spanish publication Sport, the midfielder is “willing to take the necessary steps” to ensure the move takes place, though Liverpool are said to value him at €150 million (£133.8 million).

And Football Whispers‘ Sam McGuire claims that bad blood between Rangnick and one of Keita’s representatives is fuelling his stance regarding the midfielder’s future.

Rangnick is said to have taken umbrage with an agent from Arena 11 over Sadio Mane‘s behaviour in forcing through a move from Leipzig’s sister-club, Red Bull Salzburg, in 2014.

McGuire even suggests Rangnick is not against the idea of selling Keita this summer.

Meanwhile, another long-held Liverpool target, Southampton centre-back Virgil van Dijk continues to find himself in limbo as he seeks a move to Anfield.

Van Dijk has told the Saints of his desire to leave the club this summer, and as a result is training alone, having been left out of Mauricio Pellegrino’s squad for a training camp in France.

“A player and a player’s representatives are always going to push to get the best deal they can,” he said.

“If something does materialise, then that’s just business, that’s football, that’s life. He’s got to deal with that.”

Randall On Way to Edinburgh? Liverpool sanctioned their first loan deal of the summer on Wednesday, with academy midfielder Pedro Chirivella joining Eredivisie side Willem II for the season.

And if reports from the Edinburgh Evening News are to be believed, Chirivella will soon be followed through the Anfield exit by Connor Randall.

Randall is out of favour under Klopp, having fallen behind Trent Alexander-Arnold as deputy to Clyne, and Jon Flanagan has taken his place as pre-season backup.

The versatile full-back is seemingly set to be offered an olive branch by Scottish Premiership side Hearts, who are interested in signing Randall on a season-long loan.

The Evening News claim Randall would be open to joining Ian Cathro’s side.

If Coutinho does leave Liverpool this summer, Klopp will need to identify a replacement, swiftly.

According to Bleacher Report, this could come in the form of West Ham‘s Manuel Lanzini, who is claimed to have been on the Reds’ radar “for some time.”

Tottenham and Arsenal are also named as potential suitors for the Argentina international, but he is far from the quality required to replace Coutinho.