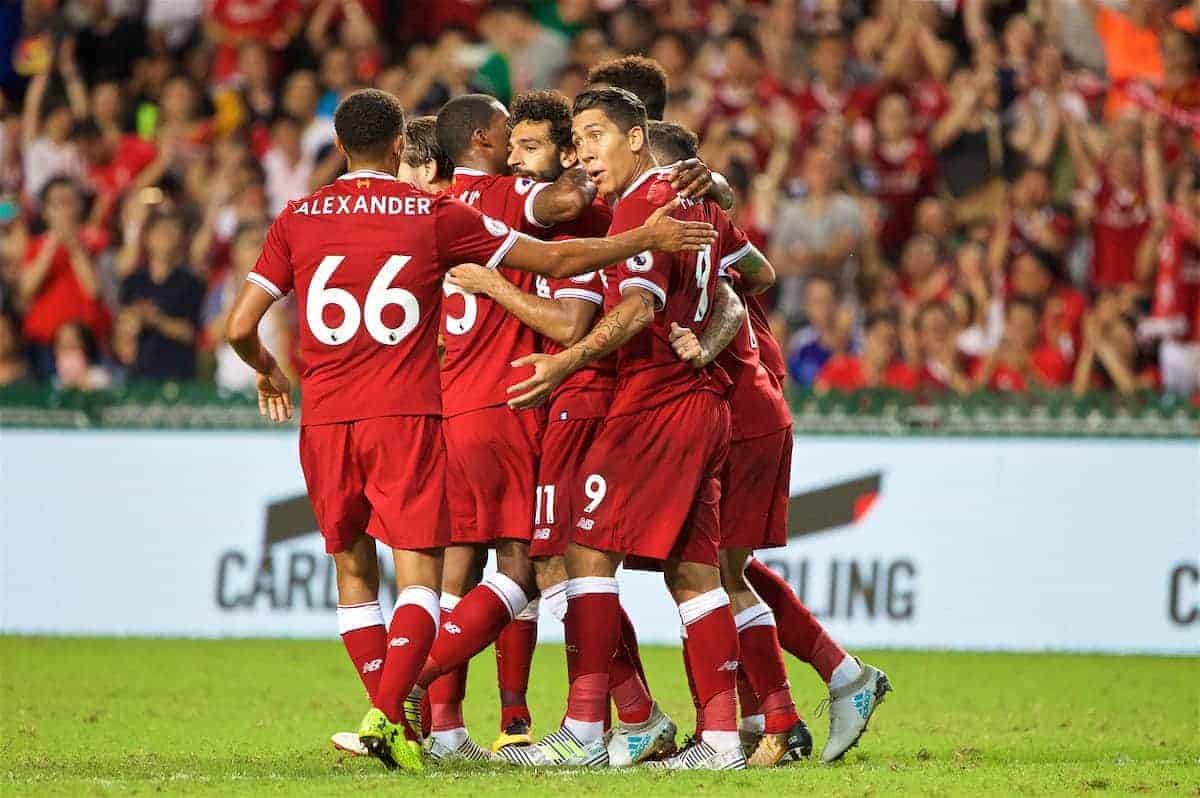 The game started with intensity and Liverpool were on top for the first 10 minutes but it was Leicester who broke the deadlock when Islam Slimani’s header shot past Loris Karius.

Mohamed Salah equalised shortly afterwards with a steered header from Philippe Coutinho‘s cross, and the Brazilian then gave Liverpool the lead with a stunning strike shortly before half-time.

Jurgen Klopp sent on Daniel Sturridge and Jordan Henderson for the second half and the two England internationals were later joined by young quartet Ben Woodburn, Ryan Kent, Dominic Solanke and Joe Gomez.

Leicester had a few bright spells after the break, but for the most part Liverpool dominated and they saw out the victory with ease.

The starting lineup was a strong one again…

But Slimani’s goal and poor defending prompted plenty of criticism…

Trent Alexander shouldn't of turned his back on the ball #basics

– Sugar Ray on the forums.

How has Karius not done better there either

Mahrez just running past #LFC players as if they are cones. So easy. Lovren fouls him.

Everyone enjoyed Salah’s goal though…

Salah and Coutinho together is a madness. Give Coutinho runners and he finds them.

“If Coutinho keeps making passes like that, Barca will definitely want him!”

Lovely one-two between Salah and Coutinho and the former nods in just before the keeper gets there. What a lovely goal! Love this man

“Lovely! This is what I want to see! Salah gonna score goals.”

But Coutinho’s was even better…

Coutinho now staking a claim to be the second-best ever Phil, behind Mitchell of course.

“Barca after seeing that Coutinho first half performance…they’ll come with £200m! It seems like Coutinho is understanding Salah better too which is positive for our attack.”

You can't put a price on Philippe Coutinho. Absolutely instrumental in the deeper midfield role, able to pull the strings and find runners.

Great positioning and eventual save by Karius to deny Vardy early on in the second half.

– David Finch on the forums.

Karius does well there coming off his line

Loris Karius have been brilliant so far… #LFC

Fans were excited to see the youngsters play…

He's still raw but I really like the look of Grujic.

Always calm on the ball. Times runs into the box well & puts his foot in too! #LFC

I like Joe Gomez, I hope he is given a shot, and if not I hope he gets a decent loan move where he gets regular game time

What a run by Kent, wow

Ryan Kent, get him in that first team!!

Ryan Kent what a baller ? #LFC

Let us know your thoughts on the win in the comments section.