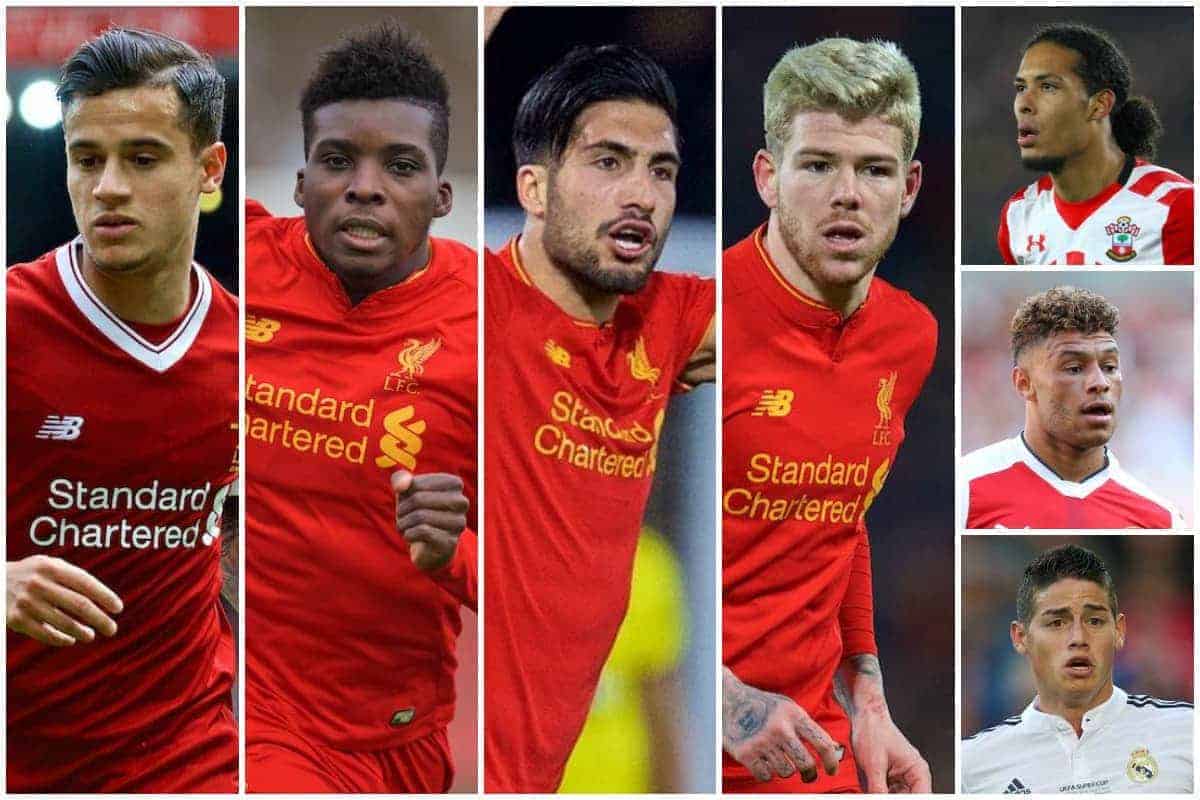 We continue to round up the latest Liverpool transfer news and rumours on Monday, including a likely departure for one of Jurgen Klopp‘s wingers.

The Reds are into their second week of pre-season training, with their first friendly clash of the summer set for Wednesday night, away to Tranmere Rovers.

Off the field, Liverpool have made progress in their plans to redevelop their Melwood and Kirkby training facilities by submitting a planning application to build housing on the West Derby site.

In the boardroom, business continues in earnest, and here is the latest from the rumour mill as the summer window goes on.

Liverpool Insist Coutinho is Not For Sale

Despite signing a new five-year, £150,000-a-week deal back in January, Philippe Coutinho has been consistently linked with a move away from Liverpool in 2017.

The Brazilian is reportedly on the radar of both Barcelona and Paris Saint-Germain, with the latter rumoured to be preparing a move over the weekend.

However, according to Goal’s Melissa Reddy, Liverpool are not willing to part ways with their No. 10, with enquiries not “welcomed nor entertained.”

Furthermore, Reddy claims that Coutinho has “no desire to depart Anfield,” as symbolised in his signing a contract with no release clause.

While not wholly surprising, this is positive news for the Reds in a summer in which Klopp will be hoping to build around his chief playmaker. One player who has reported back for pre-season training with doubts over his future on Merseyside is Sheyi Ojo.

The 20-year-old returned to Melwood fresh off the back of success with England at the U20 World Cup, and joined Klopp’s first-team squad for fitness tests and rigorous sessions.

But the Times‘ Paul Joyce has revealed that Klopp is likely to allow Ojo to leave the club on loan this summer.

The German was believed to be set to the run the rule over Ojo, along with fellow wingers Ryan Kent and Harry Wilson, before deciding whether to part ways, but this decision has come quickly.

Newcastle United and Middlesbrough are touted as possible destinations, with the latter perhaps the more realistic given Ojo’s need for regular senior football.

The only player yet to return for pre-season, Emre Can‘s summer with Germany at the Confederations Cup provided the backdrop for contract uncertainty on Merseyside.

The midfielder has just one year left on his current deal with the Reds, with Coutinho, Joe Gomez, Adam Lallana, Dejan Lovren and Trent Alexander-Arnold all signing extensions before him in 2017.

It remains to be seen whether an agreement is already in place for his return later this month, but reports in Italy have provided contrasting claims over his future.

Tuttosport report that Juventus have turned their attention away from Can, with PSG’s Blaise Matuidi their preferred target.

However, La Gazzetta dello Sport suggest that Can is the more likely option, with both available for a rumoured £26.5 million, but Liverpool’s No. 23 seven years Matuidi’s junior.

Alberto Moreno is among three high-profile names expected to leave Liverpool this summer on permanent deals, along with Mamadou Sakho and Lazar Markovic.

Serie A side Napoli saw their £11 million bid for the Spaniard rejected last month, with Inter Milan, AC Milan and two Premier League clubs also credited with an interest.

Moreno was also believed to be under consideration by former club Sevilla, though the likelihood of a return to Ramon Sanchez Pizjuan Stadium decreased due to a deal to sign Aston Villa‘s Jordan Amavi.

However, Seville publication Diario de Sevilla have reported that Amavi’s move has fallen through after the Frenchman failed his medical.

Sevilla are now set to “work on other options,” and it could be that Moreno returns to the fold.

Liverpool’s influx of signings ahead of the 2017/18 campaign has stalled in July, with moves for three key names moving at a deathly slow pace.

Klopp’s interest in both Virgil van Dijk and Alex Oxlade-Chamberlain took a blow on Monday, as the duo headed out for pre-season tours with Southampton and Arsenal respectively.

Van Dijk was part of the Saints’ 28-man squad to fly to a training camp in Austria, while Oxlade-Chamberlain was named among 24 others to head out to Australia with the Gunners.

Players can, of course, depart early to complete moves during pre-season, but their presence on the plane does suggest no deals are imminent. Finally, a farfetched proposal from one of Europe’s most notorious agents is said to have been turned down by Klopp.

According to Spanish publication Sport, Jorge Mendes has been touting Real Madrid’s James Rodriguez around Europe, with Liverpool one of eight clubs to decline the opportunity to sign the Colombian.

Madrid are claimed to value the forward at around £66 million, which could go some length to explaining why Klopp isn’t interested.