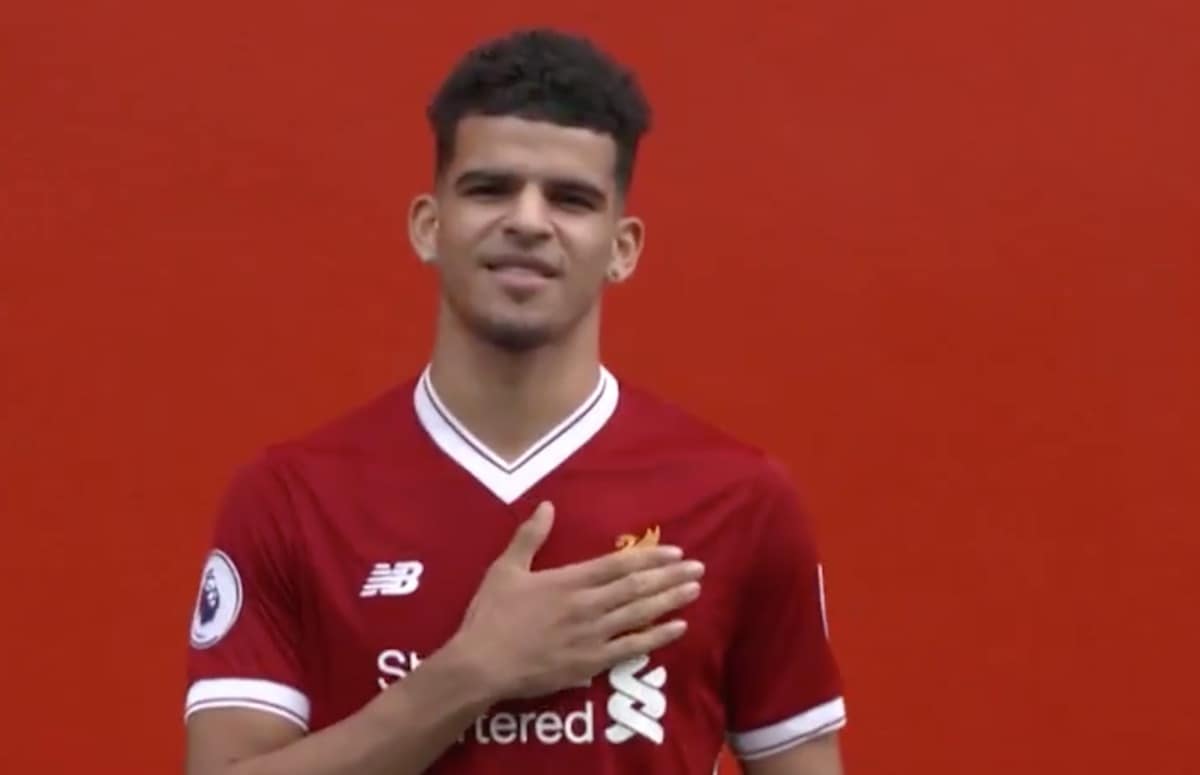 After completing his summer move from Chelsea, Liverpool youngster Dominic Solanke provided an insight into why he decided to join the Reds.

The 19-year-old was unveiled as Jurgen Klopp‘s latest signing on Monday evening, despite having joined pre-season training at Melwood on July 5.

Solanke arrives after sealing the U20 World Cup with England, also being awarded the Golden Ball as player of the tournament in South Korea.

And having also won the FA Youth Cup twice and the UEFA Youth League once with Chelsea, as well as the European U17 Championship at international level, Solanke arrives with a proven pedigree.

On sealing his switch to Merseyside, Solanke described himself as a “born winner,” as well as explaining the variety of roles he is able to perform in attack.

“My favourite position would probably be the striker, No. 9,” he told LFCTV.

“But I can play behind the striker in the No. 10 position or out wide, so I’m quite versatile.”

The Basingstoke native also revealed why he chose to join the Reds, having received some encouragement from two of his team-mates at the World Cup this summer.

“As a young player you always want to see your club pushing through their young players and hoping you can do the same,” he explained.

“I’m quite good friends with Joe Gomez, I’ve known him from quite young, and obviously Ovie [Ejaria] and Sheyi [Ojo] who were with us at the World Cup.

“I think Liverpool have got a lot of good young players, so hopefully everyone can play their part.

“We spoke a bit and they’ve only got good things to say, so I’m looking forward to enjoying it with them.” Naturally, the prospect of working under Klopp is also a major deciding factor for any young player, and Solanke is no different.

“I’m so excited. Every time I see him he’s so enthusiastic and passionate,” he said of his new manager.

“I think that’s what you need as a manager, so I’m really looking forward to working with him.

“As a young player all you want to do is reach your full potential, so to have good players around you and a good manager to help that will be really good.

“I just want to make an impact. Hopefully when I get my opportunity I can take it and help the team.”

Solanke is expected to begin the campaign with the Liverpool U23s, but can expect to be given chances to perform at first-team level, too.

His first opportunity could come this pre-season, with Wednesday’s friendly against Tranmere Rovers the ideal backdrop for the youngster to showcase his wares.