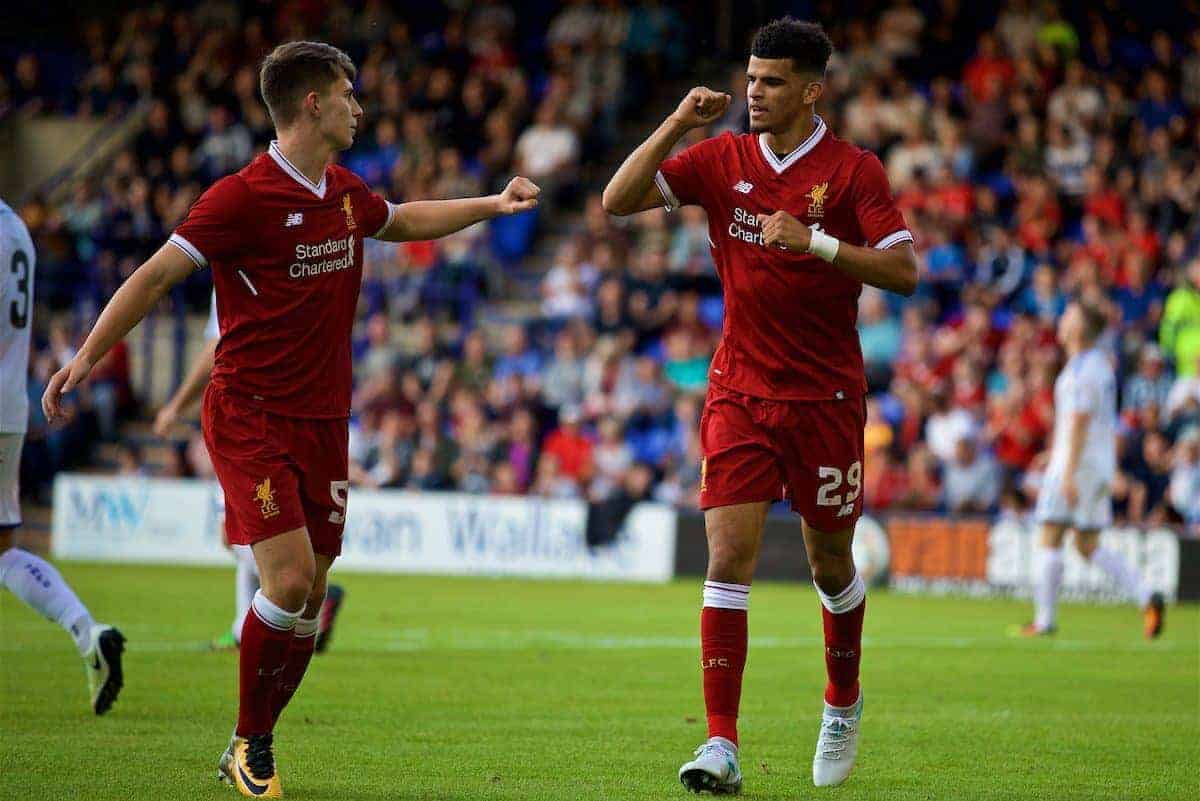 Ex-Liverpool U23s coach Michael Beale, who worked with Dominic Solanke at Chelsea, has backed the striker to make his breakthrough at Anfield.

Beale left his position at Kirkby at the end of 2016, leaving to take up the role of assistant manager at Sao Paulo, before departing the Brazilian club earlier this month.

Now considering his options, fielding offers from Brazil and Japan, Beale retains a keen interest in Liverpool and his former young charges.

And Solanke, one of the alumni from his time as a coach at Chelsea, made his first appearance for the Reds in Wednesday night’s 4-0 pre-season win away to Tranmere Rovers.

Speaking to BBC Radio Merseyside, Beale recalled Solanke as a young player, and tipped him for success at Liverpool.

“There’s a young boy there, Dominic Solanke, who I think is going to excited a lot of people,” he said.

“[He’s] a boy I’ve known since the age of six and I’m really excited to see how he does.

“He was training with our under-8s [at Chelsea], with Ovie Ejaria, they were two players in London who everybody knew about.

“Dominic had unbelievable movement mechanics at a young age, he was so fast.

“He got out of his dad or mum’s car and just sprinted to the pitch, and he stayed like that for 90 minutes of your session.

“So he’s a boy who has a lot of enthusiasm, I have to say that he’s matured into a very nice young man as well.

“He’s a little bit shy, so people will [need to] be patient with him, but he’s an outstanding goalscorer.

“And obviously he’s just come off the back of the U20 World Cup where he was Player of the Tournament, so he has a big CV also.” The victory at Prenton Park provided a host of Jurgen Klopp‘s young players a chance to impress, and Beale highlighted pre-season as the perfect opportunity to make their mark.

He believes that the distance between academy and first team is no longer so far, naming a host of players he hopes can make the step up this season.

“Pre-season is the most important time for the young players, to catch the eye in front of the manager when one or two of the older players are coming back later,” he explained.

“We would say to the young players at the end of the season, ‘make sure you come back strong’, to try and get one or two yards on the older players. It’s a clean slate for everybody.

“I’m really pleased to see Ryan Kent back at Liverpool, with a chance to show how he’s matured from his loan at Barnsley.

“We’re at a stage now where Trent Alexander-Arnold is chasing Nathaniel Clyne every day.

“There’s a lot of young players that Liverpool fans know the name of, which is positive.”

Klopp has acquired a young striker capable of breaking through in the first team this season, and Solanke can further cement his claim throughout the summer.