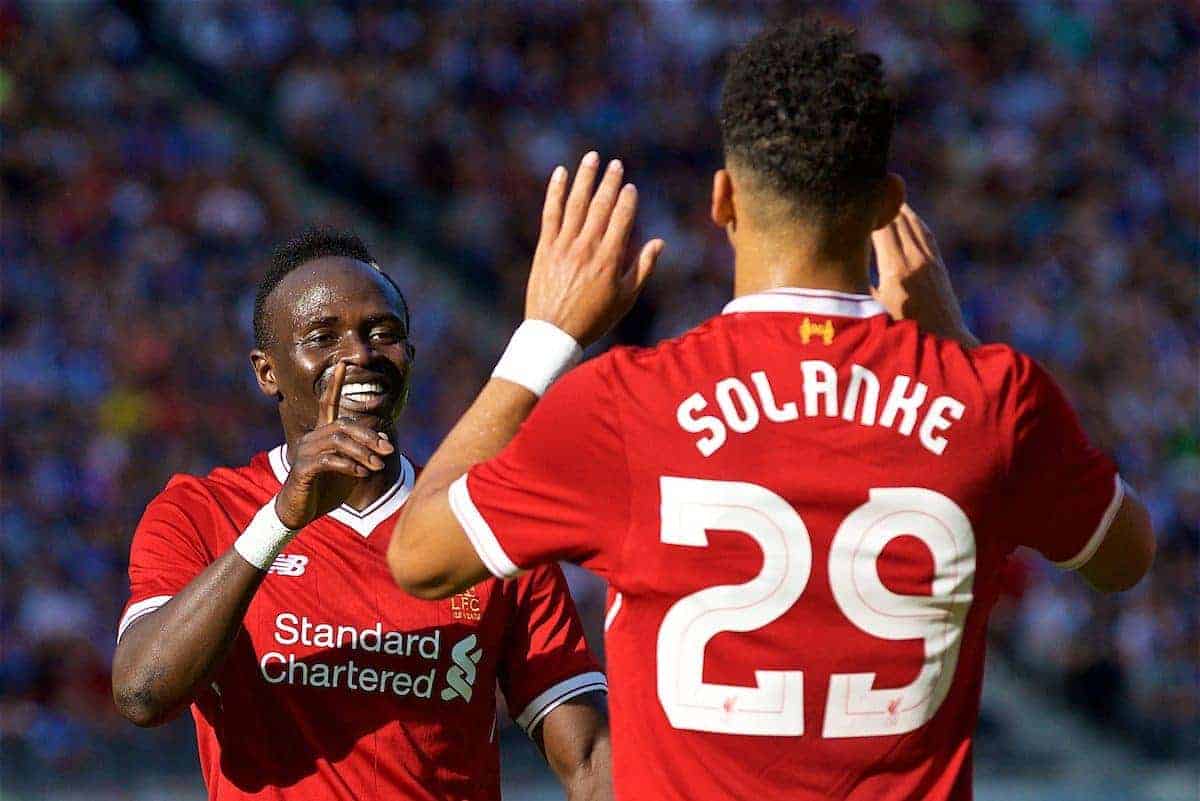 Liverpool produced another comprehensive win as pre-season rolls on, emerging as 3-0 victors away to Hertha Berlin at the Olympiastadion.

As they continue their pre-season preparations, Liverpool headed to Berlin to take on Pal Dardai’s side in a friendly designed to mark the two clubs’ 125th anniversaries.

Having taken a 30-man squad to Germany, Klopp only named 22 players in his group for Saturday’s clash, with this dropping further as Divock Origi suffered a minor injury during warmup.

This saw Dominic Solanke join the in-demand Philippe Coutinho and a returning Sadio Mane in Klopp’s forward line, with the latter making his first appearance since April.

With Mane back in the side, Liverpool will have been confident of vanquishing their Bundesliga opposition, and they certainly made light work of Hertha.

Lining up in Klopp’s customary 4-3-3 formation, the Reds dominated from the first whistle in Berlin, with Emre Can presiding over the game in the No. 6 role on his return to action.

The German slid a fine ball through for the onrushing Alberto Moreno on the quarter-hour mark, but the left-back’s low cross along the six-yard box eluded Liverpool’s forwards.

It wasn’t long before Solanke had the ball in the back of the net, however, with the No. 29 shifting between Hertha’s centre-backs to send a looping header over Rune Jarstein to make it 1-0.

Mane almost grabbed a second shortly after, with the Senegalese’s driving run forcing the ball into the box, but he saw his volleyed strike soar over the bar.

The 25-year-old laid on Liverpool’s second, however, following great work from Solanke to win the ball back high up, passing it to Mane who turned it over to Georginio Wijnaldum to tuck away.

Firmino went close to adding a third goal for the Reds shortly after coming on, but his powerful shot continued to rise as it went over Jarstein’s crossbar.

The Brazilian then combined with the onrushing Robertson, who sent an excellent cross into the penalty area from the left flank, with Salah unable to send his effort on target from close range.

He was able to put Liverpool three goals up on the hour, though, utilising his blistering pace to latch onto a lofted pass from Coutinho and dink it over Jarstein on the charge.

As the final whistle was blown, Klopp was able to applaud his players after another successful pre-season display.