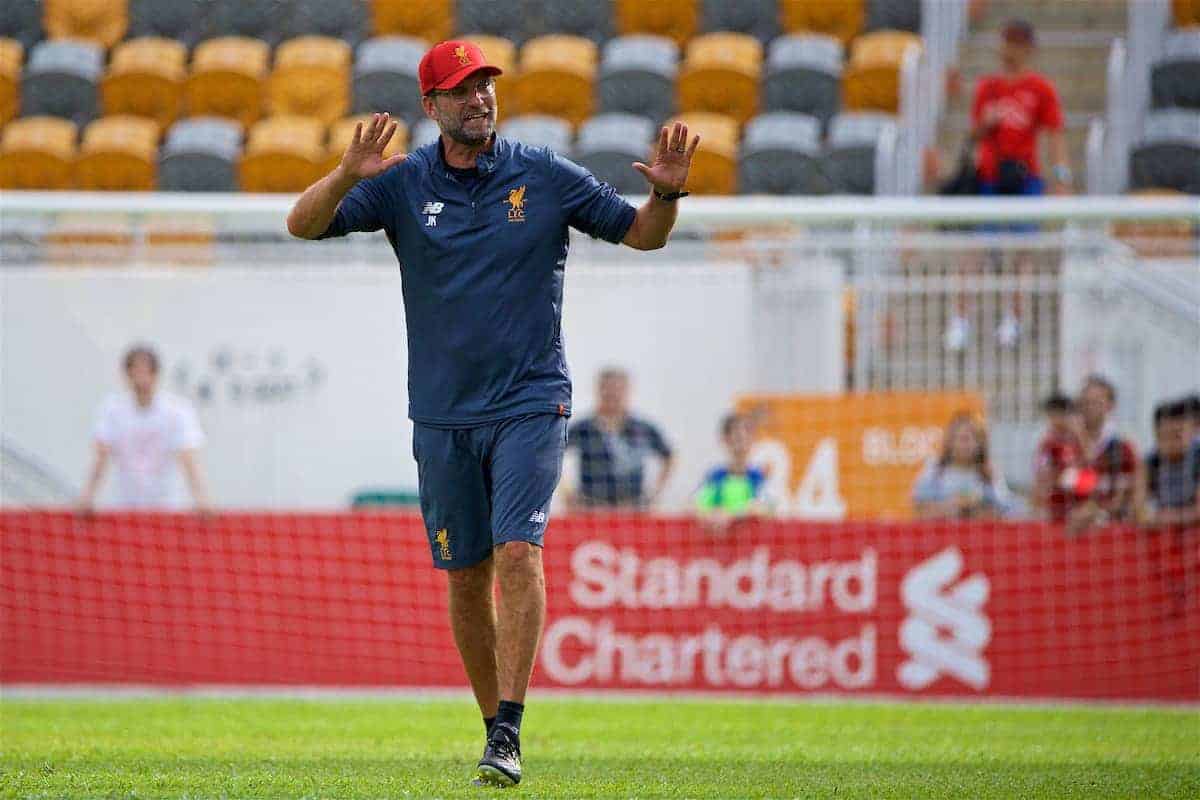 While Jurgen Klopp was impressed with his Liverpool side’s performances last season, the German believes there is plenty of room for improvement.

Klopp began the campaign hoping for a top-four finish, with his ambitions shifting to the Premier League title after a bright start, before deflating again in the new year.

The Reds eventually ended the season fourth in the English top flight, having reached the semi-finals of the League Cup, losing over two legs to Southampton.

There were several mitigating factors behind Liverpool’s mid-season collapse, most notably the loss of key players such as Joel Matip, Philippe Coutinho and Sadio Mane to injury.

But during a pre-season campaign he will hope precludes a successful 2017/18, Klopp outlined seven key areas that he hopes can improve.

“Take the recipe you saw last year and involve a few nice things,” he told reporters.

“Reacting better to these situations, being more clinical in more than a few situations.

“That would be a nice meal then!”

Klopp has already added two extra ‘ingredients’ in the form of Mohamed Salah and Dominic Solanke, who signed from AS Roma and Chelsea respectively.

He will be hoping to improve his squad on the training pitch this summer, too, having begun pre-season at Melwood on July 5, before heading to Hong Kong this week.

While in the Far East, the German has overseen a series of testing exercises, with much of Friday’s 90-minute open session focused on set-piece situations.

This was one of Liverpool’s clear flaws last season, and indeed the season before that, with corners a particular weakness.

And while Klopp is hoping to sign Southampton centre-back Virgil van Dijk to address the Reds’ failings at the back, he will also be looking to enhance the players already at his disposal.

Since joining the Reds, Klopp has preached the importance of improving his current squad, rather than turning freely towards the transfer market, and this summer can be crucial in that regard.