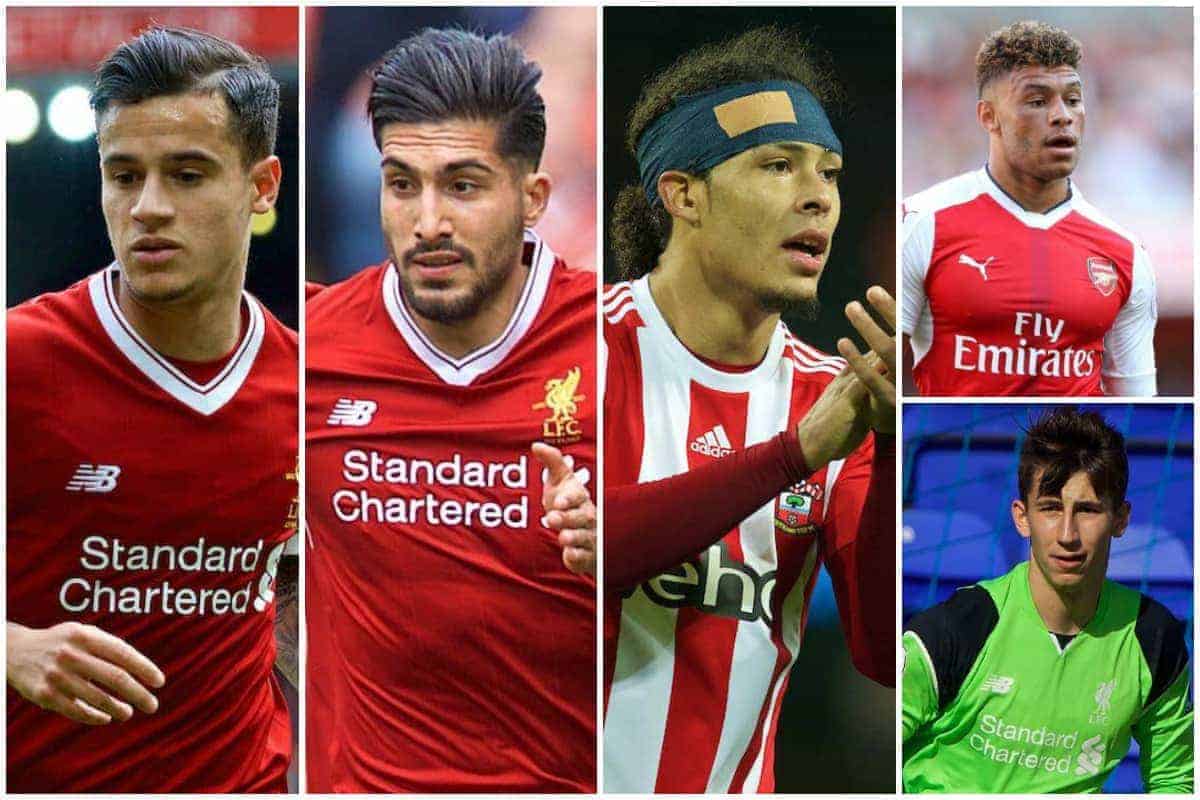 We round up the latest Liverpool transfer news and rumours, as Jurgen Klopp takes a strong stance over the future of Philippe Coutinho.

The Reds have travelled back to Merseyside with the Premier League Asia Trophy, having boarded for the 14-hour flight directly after their 2-1 win over Leicester City on Saturday.

Klopp and his squad will reconvene for pre-season training on Monday, joined by new signing Andrew Robertson, fit-again Sadio Mane and the returning Emre Can.

Off the field, work continues in earnest, and here’s the latest from the rumour mill.

Philippe Coutinho scored the second goal in Saturday’s victory at the Hong Kong Stadium, underlining his importance to Klopp’s Liverpool.

There remains speculation over the Brazilian’s future, however, with Barcelona making a failed £72 million bid earlier this week and, according to the Mirror, now preparing an improved offer.

However, speaking to the Liverpool Echo, Klopp has stressed that Fenway Sports Group are backing his stance that Coutinho is not for sale.

“Whatever happens from their side, I say he is not for sale. You can say whatever you want. The answer is ‘not for sale’.”

Klopp is similarly emphatic about the future of another of his midfielders, with Emre Can still in talks with Liverpool regarding a contract extension.

Can’s current deal expires in 2018, and Klopp is “confident” his compatriot will agree improved terms in the near future, as he told the Liverpool Echo.

“You can imagine we’re involved in talks and we all feel good and confident in this moment,” he said.

“Emre is a very important player for us. We don’t want to sell or lose players who are in our first line up or close to it.

“Emre is certainly one of them. We want to keep him and we’re having good talks.”

No Bid Made For Van Dijk

Liverpool’s pursuit of Southampton centre-back Virgil van Dijk came to an abrupt and embarrassing halt back in June when they were forced to publicly apologise for their advances.

The Reds stated that they had ended their interest in the Dutchman, but that is unlikely to be the case behind the scenes.

Van Dijk has subsequently told Southampton he wants to leave the club, and is now training separate from the rest of the squad, as manager Mauricio Pellegrino confirmed on Friday.

However, Sky Sports’ Jim White has claimed that “no firm bids” have been made for the 26-year-old.

Chelsea and Arsenal have both been touted as possible destinations for Van Dijk, but Liverpool are said to remain his preference.

Left out of Liverpool’s 1-1 draw with Wigan Athletic, as well as Klopp’s touring squad in Hong Kong, Lazar Markovic is set to leave the club this summer.

Speaking to the Liverpool Echo, the German confirmed Markovic’s availability, saying it was “no secret” the winger would be able to depart.

While he has failed to make his mark during his three years with Liverpool, it will still be disappointing to see the Serbian leave.

Another player regularly linked with the Reds this summer is Arsenal midfielder Alex Oxlade-Chamberlain, who like Can is in the final year of his contract.

While Can is expected to sign a new deal with Liverpool, however, Oxlade-Chamberlain is looking to leave in search of regular first-team football.

And according to the Mirror, the 23-year-old is “prepared to quit the Gunners this summer,” defying Arsene Wenger’s stance that he would “100 percent” stay this season.

Oxlade-Chamberlain is said to have held talks with Wenger while on Arsenal‘s pre-season tour of Australia, but there is no suggestion he has requested a move yet.

Liverpool aren’t the only club interested, with Chelsea also mentioned as suitors. A welcome inclusion in Jurgen Klopp‘s squad for pre-season this summer is academy goalkeeper Kamil Grabara, with the 18-year-old joining the Reds in Hong Kong this week.

Grabara also came on as a second-half substitute in the 4-0 victory over Tranmere Rovers this month, with Klopp giving the young Pole a taste of first-team action.

It has been suggested Grabara could leave Liverpool on loan this summer, in order to gain more experience, and speaking to This is Anfield he revealed he would be open to a move.

“I heard the rumours about a loan and I’m not rejecting the possibility,” he said.

“However, I am still young and it is a win-win situation for me regardless if I am loaned or stay to play for the reserves and continue to train with the first team.”