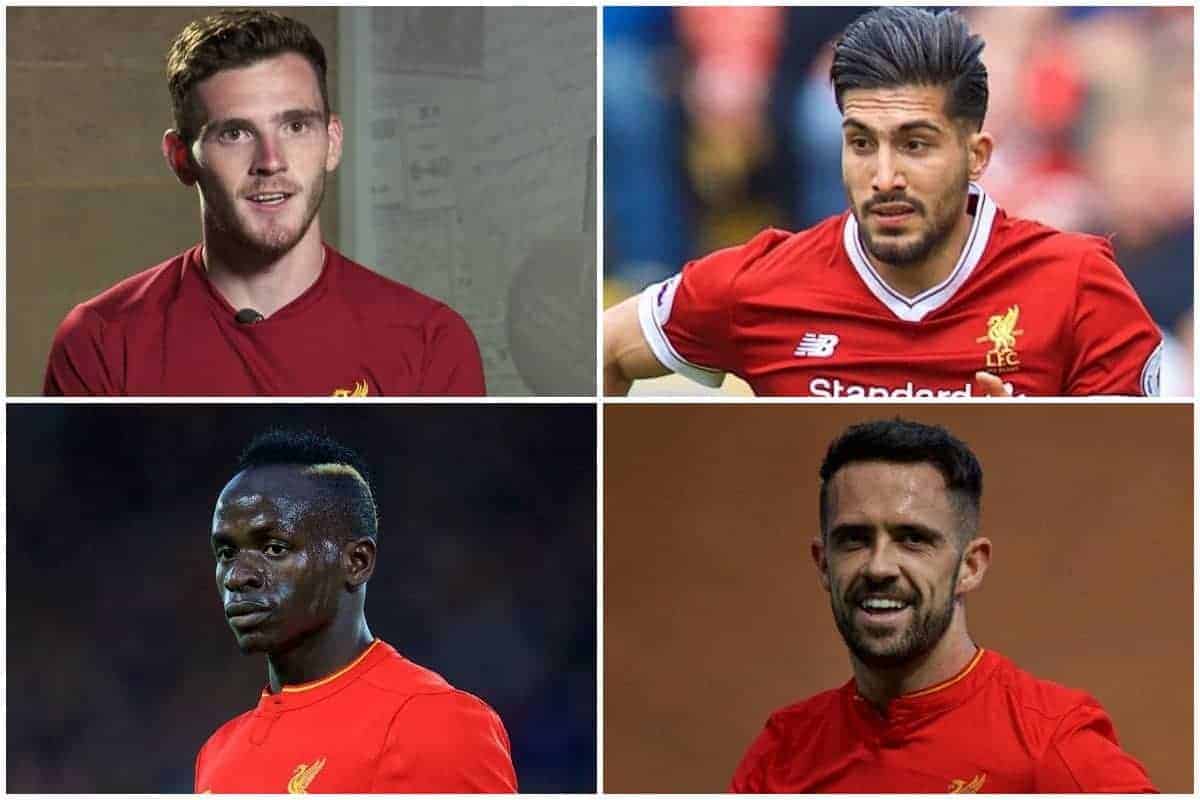 Andrew Robertson, Emre Can, Sadio Mane and Danny Ings will all join pre-season training with the rest of Jurgen Klopp‘s Liverpool squad this week.

The Reds have returned from their trip to Hong Kong, and reconvene at Melwood on Tuesday morning to continue their summer preparations.

Before flying to Germany for a training camp in Rottach-Egern on Wednesday, Klopp’s squad will take part in a double training session, as they build for 2017/18.

They will be joined by summer arrival Robertson, who will be linking up with many of his new team-mates for the first time since joining from Hull City last week.

Can is also back on Merseyside after his time at the Confederations Cup with Germany, while Mane and Ings will make their return after respective injury issues.

This provides Klopp with a full complement of senior players ahead of the flight to his homeland, and the 50-year-old will likely name a sizeable squad.

Full-backs James Milner and Nathaniel Clyne are struggling with injury issues, but are likely to make the trip, though there are doubts over the fitness of Ovie Ejaria and Harry Wilson. It remains to be seen whether Connor Randall, Pedro Chirivella, Lazar Markovic, Sheyi Ojo and Ryan Kent are included, with the Reds having already accepted loan offers for the latter duo.

Rhian Brewster is sidelined with a broken foot, while Adam Bogdan and Cameron Brannagan have played no part in pre-season so far.

The Reds will play Hertha Berlin at the Olympiastadion on Saturday, before taking on Bayern Munich (August 1) and one of Napoli or Atletico Madrid (August 2) in the Audi Cup.

Robertson, Can, Mane and Ings can expect to be given their first minutes of pre-season while in Germany.

While Liverpool’s new No. 26 could hope for a starting role against Hertha, Can, Mane and Ings are likely to be eased back into contention.