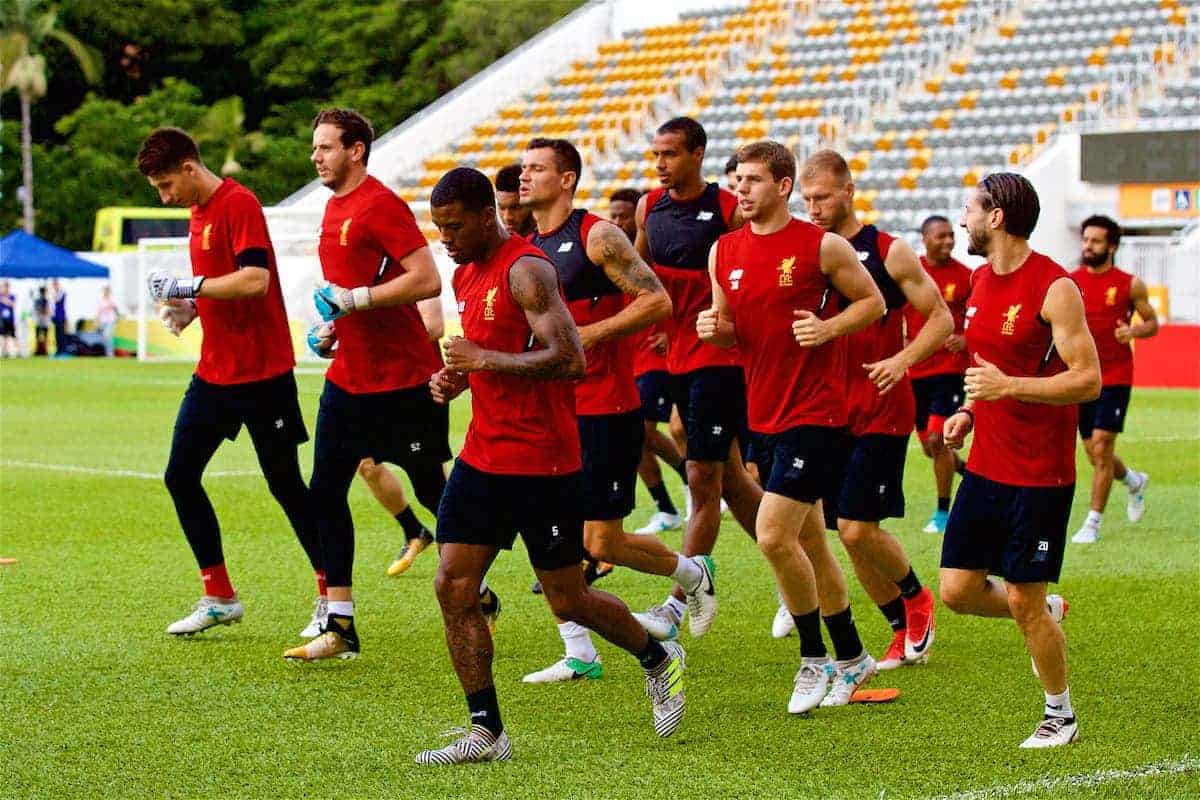 Liverpool have travelled to Germany to continue their pre-season, with Jurgen Klopp naming a 30-man squad for the 10-day training camp.

Having already played two domestic and a further two clashes in Hong Kong as part of the Premier League Asia Trophy, the Reds’ next stop is Germany.

Heading to Klopp’s homeland, Liverpool are expected to be set for fewer media commitments, as they focus on steeling themselves for a successful 2017/18 campaign.

Flying out on Wednesday morning, Klopp’s squad head to Rottach-Egern, a scenic Bavarian town 35 miles south of Munich situated in the Tegernsee Valley, with mountains and Lake Tegernsee providing a stunning backdrop for training sessions.

The Reds arrive three days after Bundesliga side Borussia Monchengladbach depart, with the municipality popular among German sides during pre-season, as well as Swiss champions FC Basel.

Klopp’s squad will begin training at 4pm on Wednesday (local time), before double sessions on Thursday and Friday, first at 10.30am and then again at 4pm.

Saturday will see them train again in the morning, before heading to take on Hertha Berlin at the Olympiastadion in Berlin, for their first of three fixtures in Germany.

After double sessions on Sunday and Monday, the Reds will return to their matchday schedule during the Audi Cup at the Allianz Arena in Munich, with training sessions again at 10am on the morning of the two games.

There, they will play Bayern Munich (August 1) and one of Atletico Madrid or Napoli (August 2). It is likely that Klopp’s squad in Germany is close to his final selection for the upcoming campaign, with Andrew Robertson, Emre Can, Sadio Mane and Danny Ings all joining the group.

Academy midfielder Ovie Ejaria has also been included, but the likes of Connor Randall, Pedro Chirivella, Harry Wilson and Sheyi Ojo have been left out.

Lazar Markovic is omitted having travelled to Italy to discuss a possible move to Fiorentina, while Adam Bogdan and Mamadou Sakho also remain out of contention.