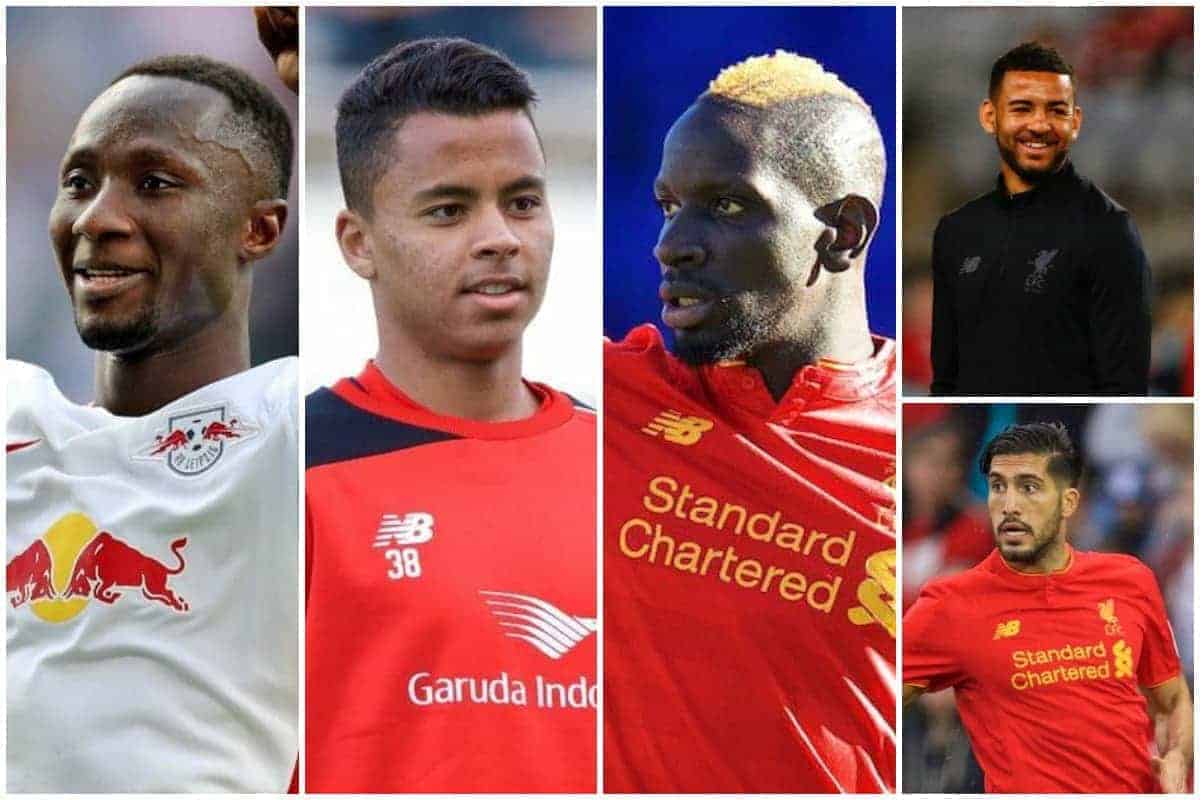 Liverpool’s summer transfer plans are continuing to move forward, though their hopes of signing at least one of their priority targets are diminishing.

The Reds sealed a 2-0 victory over Crystal Palace in Hong Kong on Wednesday afternoon, setting up a ‘final’ clash with Leicester City in the Premier League Asia Trophy on Saturday.

While Jurgen Klopp and his side are preparing for the 2017/18 campaign on tour in the Far East, sporting director Michael Edwards remains on Merseyside, hard at work.

Here are the latest Liverpool transfer news and rumours on Thursday.

This has dealt a major blow to the Reds’ hopes of signing the 22-year-old, who is Klopp’s priority in the summer window.

However, it may not be over just yet, with the Liverpool Echo reporting that Liverpool are debating whether to approach Leipzig with an improved offer.

They claim that this would be worth over £70 million, which could likely mean the club double their transfer record, which is currently the £36.9 million paid to sign Mohamed Salah.

Leipzig are still expected to hold firm, however, and even a transfer request from Keita may not break their resolve.

The Tigers tabled an offer worth up to £8 million for the 23-year-old, which serves to nullify the majority of the fee Liverpool are set to pay for left-back Andrew Robertson.

Now, Sky Sports claim that Stewart is undergoing a medical on Thursday, as he closes in on a move away from Anfield.

Joining Hull would be a sensible move for Stewart, who made just 11 appearances for the Reds in 2016/17, finding himself low down the pecking order.

Expect the boyhood Red to be announced as the club’s latest departure imminently.

The youngster is required to make another temporary move on the continent this summer, as he is currently ineligible for a work permit play in England.

Hertha were reported to be interested in bringing the 20-year-old back to the Olympiastadion for 2017/18, though suggestions they were discussing another deal had cooled of late.

Now, according to German publication BILD, Hertha have definitively pulled out of the race to sign Allan, despite Liverpool offering him out for free.

Instead, manager Pal Dardai is eager to give Hertha’s own academy midfielder, Arne Maier, an opportunity.

Mamadou Sakho has kept himself busy this summer, as while he has been left out of Klopp’s pre-season plans, the Frenchman has remained at Melwood to focus on his fitness.

The 27-year-old has been working alongside Sadio Mane and Lazar Markovic this week, with a series of social media posts suggesting he is eager to remain at Liverpool beyond the summer.

This is unlikely, however, given the breakdown of his relationship with Klopp, and the Reds are looking to seal Sakho’s departure.

Palace have seemingly ruled themselves out due to Liverpool’s £30 million valuation, and it may be that the club are forced to consider loan offers.

According to Estadio Deportivo, Sevilla would be interested in taking Sakho on loan, though he is not considered their only option.

Klopp will finally have his full squad back for pre-season training next week, with Emre Can set to return for preliminary tests at Melwood on Saturday.

The 23-year-old has been on a summer break after the Confederations Cup, with his absence ensuring speculation over his future on Merseyside continued.

Can has just one year left on his current contract with the Reds, and has been in talks with the club regarding an extension over the past year.

This is pure conjecture, but given Trent Alexander-Arnold signed a new five-year deal with Liverpool shortly after his return this summer, Can’s terms may be finalised when he reports back.

Tying Can down to a new long-term deal should be a priority for Klopp, with the No. 23 one of his most important players moving forward.