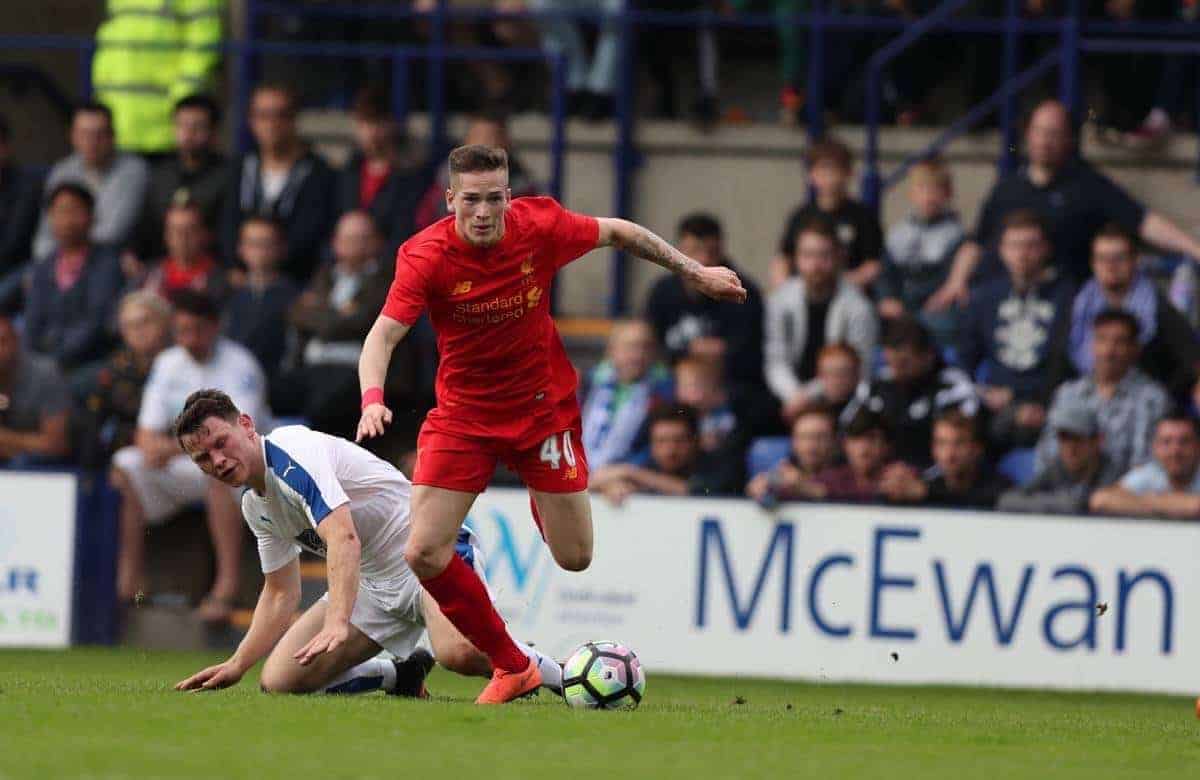 Liverpool kick off their pre-season schedule on Wednesday night. Here’s all you need to know as the summer preparations begin.

Fifty days after their post-season friendly in Sydney, the Reds are back in action to prepare for the 2017/18 campaign, heading to Tranmere’s Prenton Park on Wednesday night.

The short drive across the River Mersey allows Liverpool to ease themselves back into action, with their clash with Micky Mellon’s side the first of eight fixtures this pre-season.

With trips to Hong Kong, Germany and Ireland to come, Jurgen Klopp will be hoping for a strong start to the summer.

But what can we expect from Wednesday’s friendly? And who is set to turn out for the Reds?

The majority of Klopp’s squad returned to Melwood on the first day of pre-season training on July 5, with Emre Can now the only player yet to report back for duty.

Simon Mignolet, Danny Ward, Dejan Lovren, Ragnar Klavan, Marko Grujic, Georginio Wijnaldum, Harry Wilson and Divock Origi were all back on July 8, and could be eased in slowly.

Unfortunately, Mohamed Salah will not feature as he is yet to have his visa approved.

Adam Lallana and Philippe Coutinho made their return from an extended summer break on Tuesday, and therefore will not take part.

Danny Ings joined the squad for outdoor work on Saturday and is unlikely to feature as he continues his recovery from long-term injury.

Mamadou Sakho won’t take part, with the centre-back training away from the senior squad as he recovers from a knee injury and prepares for a permanent move away this summer.

Finally, Sadio Mane is very unlikely to feature as he continues his rehabilitation following a long-term knee injury.

You can expect two different XIs in each half at Prenton Park. Mellon will be steeling his side for a renewed bid for promotion from the National League, having missed out on a place in this season’s League Two following a playoff final loss to Forest Green.

Rovers have been rebuilding since that defeat at Wembley, with four new players brought in already this summer.

Among those is ex-Liverpool Academy striker Jack Dunn, who signed a one-year deal with Tranmere on the expiry of his Reds contract, having spent the second half of last season on loan in Birkenhead.

Ollie Norburn, James Alabi and George Waring have also made the move to Prenton Park ahead of 2017/18. This is the second time in as many summers that Liverpool have kicked off their pre-season at Tranmere, with Klopp taking his side to Prenton Park almost a year to the day in 2016.

That friendly was decided by a solitary strike from Ings, who was continuing his recovery from an ACL injury—though the forward was then frustratingly laid off for much of 2016/17.

Mane, Loris Karius and Joel Matip all made their first outings for Klopp’s side, with Ovie Ejaria, Trent Alexander-Arnold and Ben Woodburn also providing a glimpse of the future.

Is The Game on TV?

Liverpool’s first pre-season friendly of the summer will be shown live on LFCTV, with coverage beginning at 7.15pm (BST). Kickoff is at 7.45pm.

This is Anfield will be providing coverage of the Reds’ summer kick off throughout Wednesday night, including a dedicated live blog, with Henry Jackson bringing you all the latest from Prenton Park.