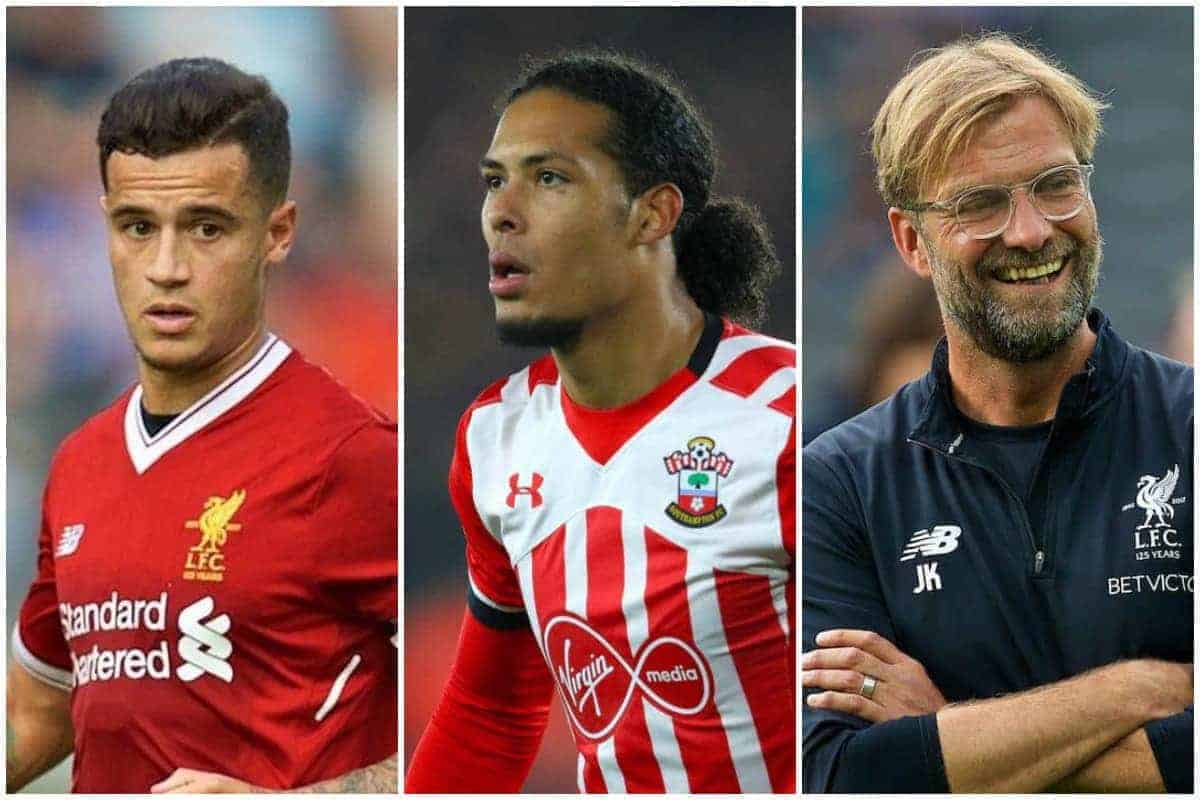 The transfer window closes a month today, and here we round up the latest Liverpool transfer news and rumours.

It is the start of a new week, with attention turning from the Reds’ weekend victory over Hertha Berlin to Tuesday’s clash with Bayern Munich at Allianz Arena.

Amid Liverpool’s ongoing pre-season preparations on the pitch, reports continue to link players with moves to and from Anfield. With the chances of a move for RB Leipzig midfielder Naby Keita starting to look slimmer by the week, Liverpool may have to turn their attentions elsewhere.

According to dubious German publication sportBILD, Klopp is keen to bring in Bayern Munich youngster Renato Sanches—but only if he is able to seal a permanent deal.

The 19-year-old is widely considered to be one of Europe’s most exciting young attacking midfielders, but these reports should be taken with a pinch of salt.

Essentially, the rumour has come from an opinion article in FourFourTwo, which just about sums up the transfer window these days.

Sanches would be a great addition if more concrete reports emerge in the coming days, but for the time being, don’t get your hopes up.

Along with Keita, Virgil van Dijk has been penciled in as Liverpool’s key transfer target all summer long.

The ongoing saga is now becoming tiresome, and a report on Monday from the Liverpool Echo‘s James Pearce suggests this week could be pivotal.

It is believed that Van Dijk will meet with Southampton manager and ex-Red Mauricio Pellegrini to discuss his future, with the Dutchman training away from his team-mates in recent weeks.

Should the 26-year-old tell his manager that he still wants a move to Liverpool, Saints will surely feel the need to let their captain leave.

The ultimate blow for the Reds will be if Van Dijk tells Pellegrini that he has had a change of heart—let’s keep thinking positively for the time being, though.

The idea of failing to get both Keita and Van Dijk does not bear thinking about. Philippe Coutinho once again outlined his importance to Liverpool on Saturday, with his breathtaking assist for Mohamed Salah‘s goal the standout moment in the 3-0 win over Hertha Berlin.

The 25-year-old’s future is still an ongoing talking point, with certain reports still claiming he will be a Barcelona player by the end of the transfer window.

His Brazil team-mate Neymar has other ideas, though, with Sport claiming on Monday that the Paris Saint-German bound superstar wants Coutinho to join him in the French capital.

Neymar is said to have been sending his good friend WhatsApp messages persuading him to have a change of heart, but the likelihood of PSG signing both is highly unlikely.

Klopp once again laughed off suggestions that Coutinho will leave during his pre-Bayern press conference on Monday—why can’t people just leave our Brazilian gem alone?