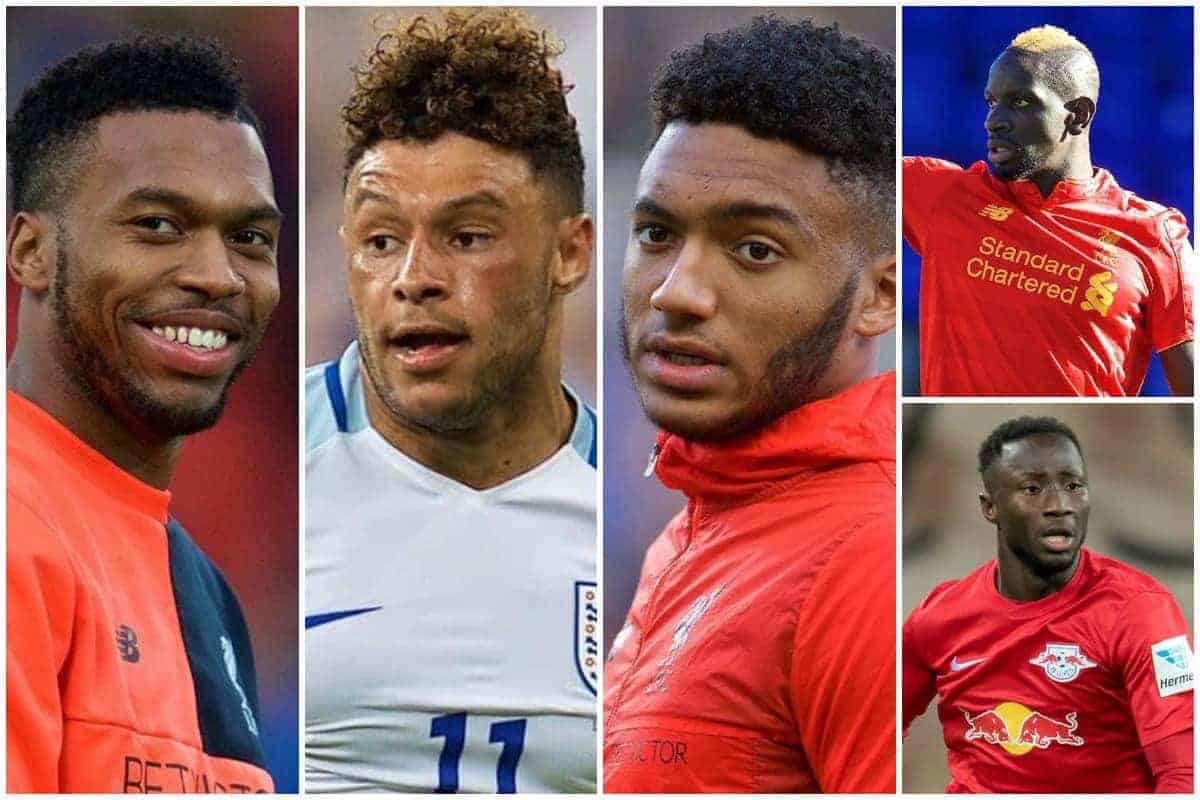 We round up Sunday’s Liverpool transfer news and rumours, with possible developments in deal to sign two of Jurgen Klopp‘s summer targets.

The first day of the transfer window saw little movement for the Reds, with Saturday bringing little more than optimistic straw-clutching in the pursuit of Virgil van Dijk and Naby Keita.

Sunday has largely focused on both Keita and a different name on Klopp’s radar, so here is the latest from the rumour mill.

Along with Van Dijk and Keita, Alex Oxlade-Chamberlain is widely reported to be one of Klopp’s targets this summer, as he looks to add flexibility to his squad.

Speaking ahead of the Reds’ return to pre-season on Wednesday, the German revealed he would be trying out new formations ahead of 2017/18, and Oxlade-Chamberlain would certainly aid this.

And according to the Times, the 23-year-old has rejected Arsenal‘s final contract offer, and could see out the rest of his deal before leaving on a free.

However, Oxlade-Chamberlain is said to favour a move to Anfield, and if Liverpool made a firm offer for the versatile midfielder the Gunners could consider this more appealing.

Arsenal value the Englishman at £25 million, who in the current market would still be a reasonable fee.

It wouldn’t be a Liverpool transfer roundup without mention of Naby Keita, would it?

The 22-year-old is still one of Klopp’s priority targets, and an approach may be in the offing in the coming days.

According to Guinean journalist Amadou Makadji, of Foot224, Klopp has met with Keita to discuss a move, and wants to sign the midfielder “whatever the cost“—which would likely be £70 million.

However, Italian publication La Gazzetta dello Sport, claim the Reds aren’t the only side interested in a move, with Inter Milan also in pursuit.

We’re taking both stories with a heavy pinch of salt…

Sturridge Could Still Stay Beyond the Summer

Falling from first-choice striker to bit-part player is a tough situation for Daniel Sturridge to face, and his prospects are unlikely to improve significantly under Klopp.

The 27-year-old still finds himself behind Roberto Firmino in the pecking order, with the Brazilian’s new No. 9 shirt reaffirming his status on Merseyside.

But according to the Mirror, Klopp is not willing to part ways with Sturridge this summer.

They claim that Liverpool have decided that the cost of replacing Sturridge with a similarly talented striker would outweigh the fee they would receive for their No. 15.

This makes sense, given Sturridge’s enduring quality amid injury, and it may not be a bad thing if he sticks around. Another report from the Mirror concerns another player touted with a move away from Anfield this summer: Joe Gomez.

Gomez is the subject of interest from newly promoted Brighton & Hove Albion, and now it is claimed that Birmingham City are among the clubs to have also made an approach.

But, as previously suggested, Klopp is eager to take a closer look at Gomez throughout pre-season, and is set to reject all offers for the former Charlton Athletic youngster.

With no move for Van Dijk in the offing at this stage, Gomez’s talents may well be required in 2017/18.

One player who Klopp is eager to part ways with this summer is Mamadou Sakho, who fell out of favour during the Reds’ pre-season tour of the United States last summer.

While Crystal Palace, who had Sakho on loan earlier this year, have seemingly moved on from the Frenchman, he is still drawing interest from the Premier League.

According to the Express, Stoke City are looking to secure Sakho’s services, though they would not be willing to meet Liverpool’s £30 million asking price.

Palace were, unfortunately, the Reds’ best hope of striking a deal in line with their valuation, so he may need to move on for a cut-price fee.

Whether he would be willing to move to Stoke remains to be seen, either way. After his involvement in Brazil’s friendly clashes in Australia earlier in June, Philippe Coutinho has spent the rest of the summer in his homeland.

This low profile has been mirrored in the transfer market, with Barcelona’s widely reported interest in Liverpool’s No. 10 subsiding.

However, according to the French outlet Telefoot, this has now seen him emerge on the radar of Ligue 1 giants Paris Saint-Germain, who are claimed to have made an enquiry about the playmaker.

They even suggest Liverpool quoted them a €100 million valuation, which converts to around £86.7 million in the current market.

Klopp has already signed Mohamed Salah for £36.9 million this summer, but it is unlikely this is with a view to moving on Coutinho, who agreed a new five-year deal in January.