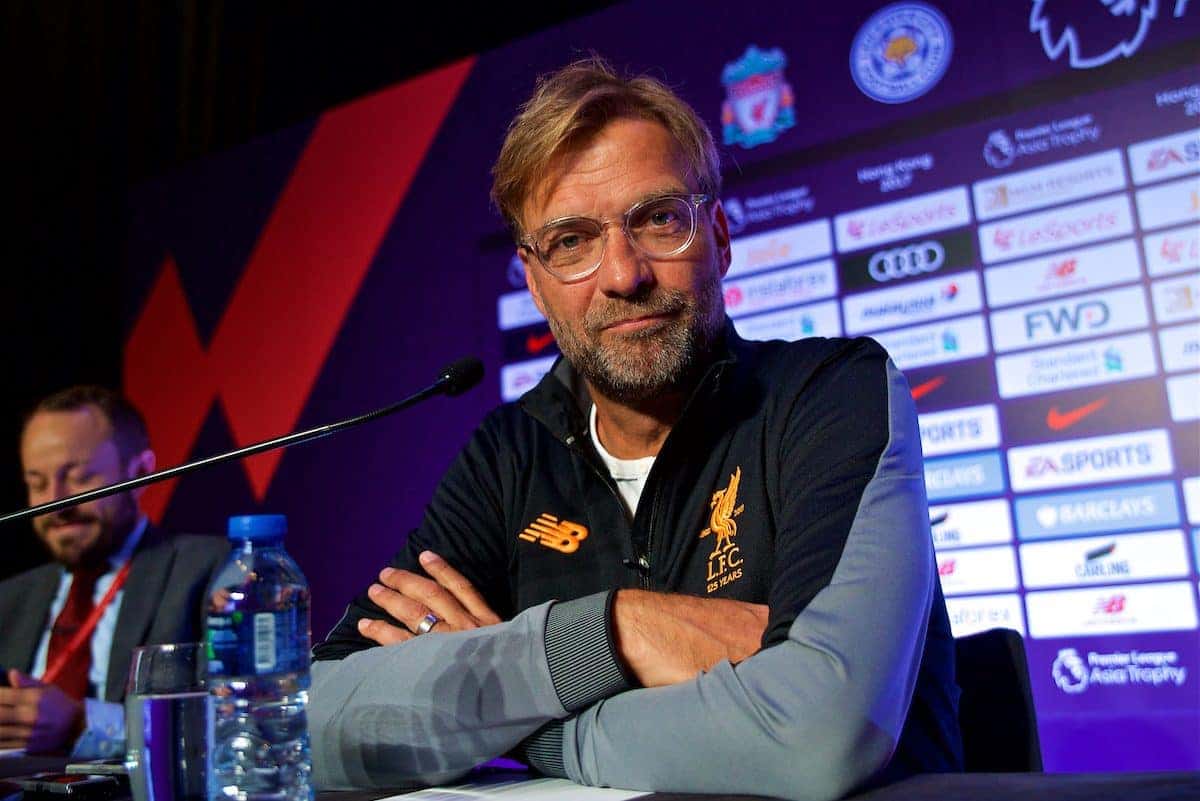 Ahead of Liverpool’s participation in the Premier League Asia Trophy in Hong Kong, Jurgen Klopp discussed the Reds’ summer and his future plans.

The German is set to lead his side out against Crystal Palace on Wednesday afternoon, for the first of two clashes in the Far East.

Liverpool have already played two domestic friendlies this summer, winning away to Tranmere Rovers and drawing with Wigan Athletic, but this provides a step up in quality.

Speaking at the Grand Hyatt hotel on Tuesday morning, Klopp faced questions from the press, largely focusing on the season ahead.

Klopp hailed the improving fitness of Jordan Henderson and Daniel Sturridge, claiming the latter is in “the best condition since I’ve been here.”

Naturally, the 50-year-old was asked about his plans for further transfers, but was more keen to stress the importance of retaining his current squad.

He did, however, concede that he is targeting an improvement in defence, and this could come with the addition of a new centre-back, along with the imminent signing of Andrew Robertson.

Klopp also considered whether the Reds were ready to win the Premier League title this season, taking a pragmatic stance.

“The beauty of the Premier League is that no-one knows what will happen until the end of the season so it’s possible for all of us. It’s a nice idea,” he said.

“But saying it today and carrying it in our backpacks doesn’t help that nice idea to come true.

“I’m really positive about next season. At the moment we just have to work, not dream.”

After Palace, Liverpool will play either Leicester City or West Brom on Saturday, with the two sides set to play their ‘semi-final’ earlier on Wednesday morning.