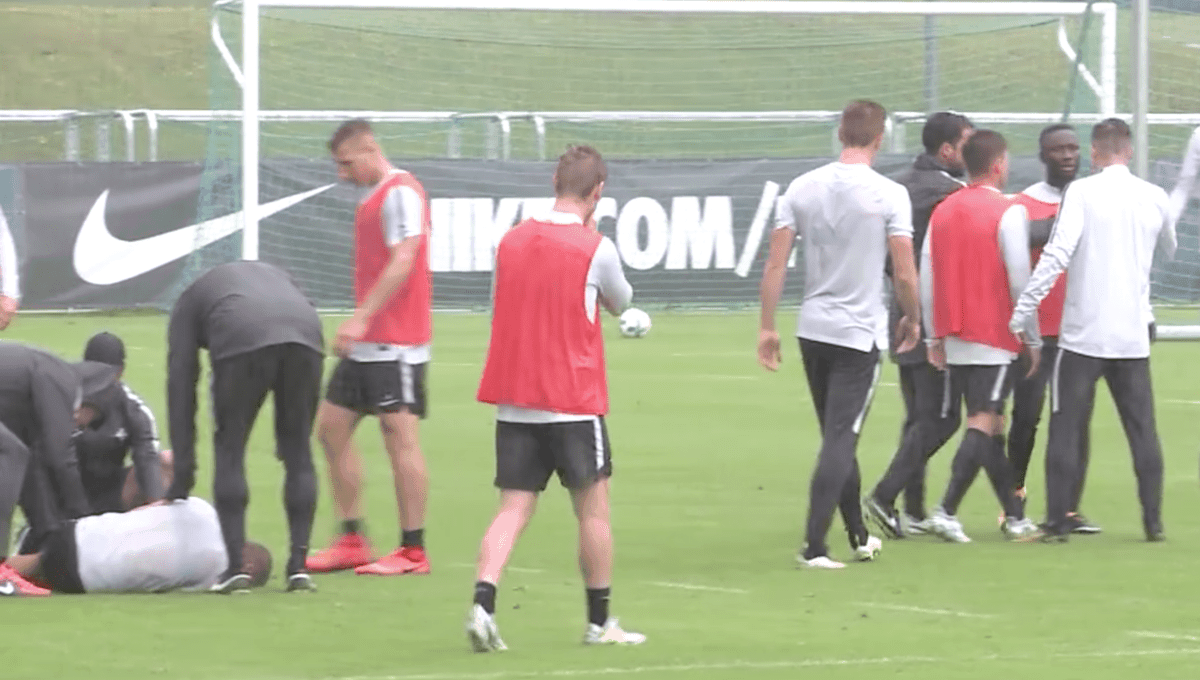 Liverpool target Naby Keita was involved in an altercation during RB Leipzig’s pre-season training on Monday, ending their session early.

Keita is part of Ralph Hasenhuttl’s Leipzig squad at a training camp in Austria this month, but speculation continues over his future with the Bundesliga side.

Liverpool are said to be considering whether to make a third bid for the midfielder, having already seen their offers of £57 million and £66 million rejected.

However, Leipzig are adamant Keita won’t be sold this summer, and reports on Thursday night claimed the Reds may wait until next year.

While Keita is not publicly agitating for a move away from the Red Bull Arena, despite his desire to join Jurgen Klopp‘s side, a fierce challenge in training on Monday morning suggests all is not well.

The 22-year-old objected to a strong tackle from fellow midfielder Diego Demme, responding with a scything effort of his own.

Demme was carried off the field injured, with Hasenhuttl cutting the session short, and the reaction of both Keita and his team-mates is particularly heated.

The Guinean does not seem like a popular figure in the Leipzig squad at present, and it remains to be seen whether this changes the club’s stance over his future.