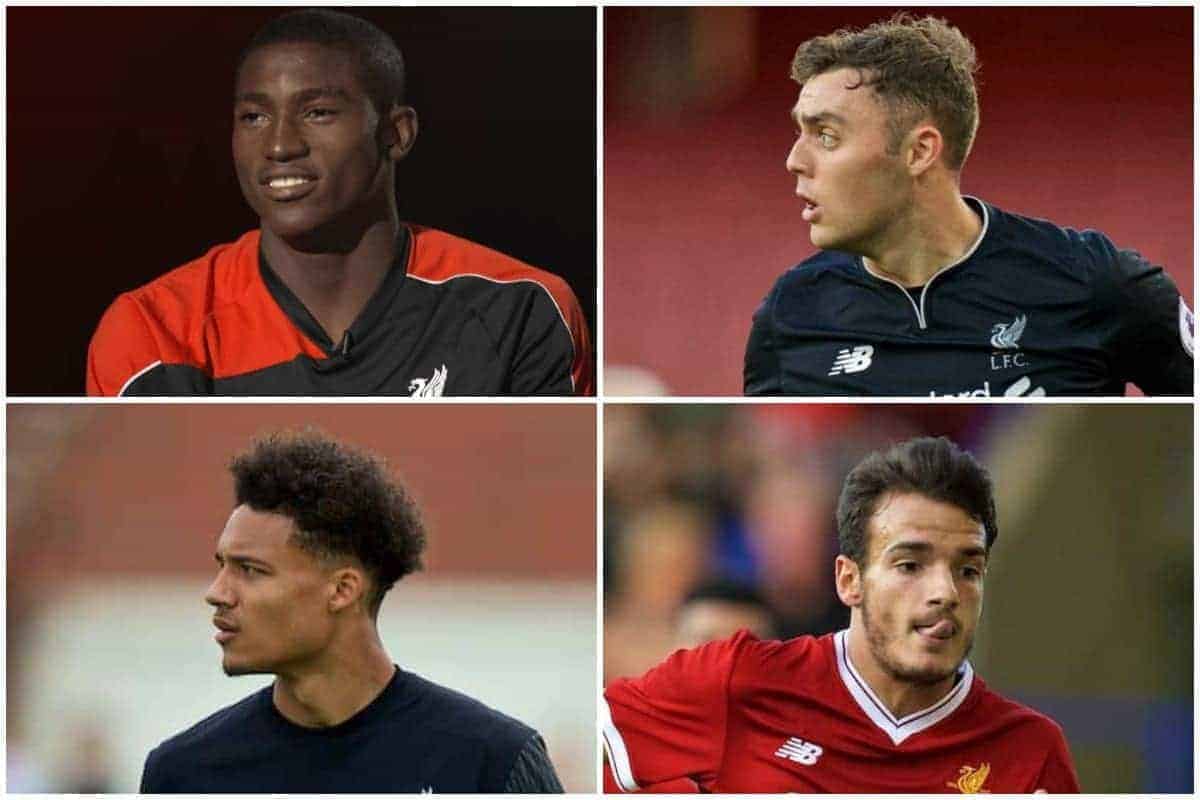 Four of Liverpool’s six loanees were in action this weekend, with Taiwo Awoniyi the big positive as he posted an assist to continue his bright start at Royal Excel Mouscron.

Awoniyi started his spell with the Belgian First Division A side in perfect fashion last weekend, netting a debut goal on his birthday in Mouscron’s 2-0 win over KSC Lokeren.

And the young striker built on that impressive debut with another positive display in a stunning 3-2 comeback win over Gent on Sunday – in which he posted a tidy assist for his side’s second goal.

With only six minutes left to play and Mouscron trailing 2-1, Awoniyi produced all the good work to provide the platform for his side to get back on level terms.

After being found inside the box, Awoniyi held the ball up well before turning and fizzing a crisp pass to Omar Govea, who fired home from outside the area to set-up a grand-slam finish.

With momentum now fully behind them, Mouscron then scored a dramatic winner three minutes from time to complete a superb fight-back and claim a big three points to move up to fourth place in the table after four games.

It was a winless weekend for Liverpool’s remaining loanees playing around the globe.

After suffering defeat on debut last week, Pedro Chirivella endured another disappointing outing on Sunday as his Willem II side went down 2-0 at Utrecht.

Operating in a box-to-box role in a three-man midfield, the youngster produced a quiet performance as he struggled to impose himself in both offensive and defensive phases of play.

A yellow card for a late challenge on 69 minutes summed up a flat afternoon for Chirivella, and he’ll be keen to move on from a poor day at the office.

There was also disappointment for MLS loanee Brooks Lennon, who was powerless to prevent Real Salt Lake going down 3-1 at Montreal Impact.

The natural striker played all 90 minutes but operated from the left wing in his side’s 4-2-3-1 formation, producing a determined but unproductive display in which he was also wrongly booked for simulation.

It was Lennon’s 18th appearance of the season for the Western Conference outfit, who have had an inconsistent season which has left them sitting in eighth place after 26 games.

Turning the focus to Liverpool’s home-based loanees, and it’s been a solid start to life at Hearts for Connor Randall, who featured in both of his new club’s first two SPL games.

And the youngster continued his bright opening with Jon Daly’s side on Saturday, with Randall playing his part in helping Hearts battle to a creditable goalless draw at Rangers.

The natural right-back, interestingly, featured in an unfamiliar midfield role in the stalemate, which Randall revealed upon arriving at Tynecastle is set to become his main position for the season.

Randall has expressed his excitement over the challenge of adapting to a new position, and it’s one he feels he can pull off with his “energy” and “aggressive” style suiting the central battle.

The 21-year-old was in solid form again at Ibrox, where he played just over an hour of the 0-0 draw, contributing to battling team performance with a hard-working display to help earn a valuable point.

Meanwhile, there was frustration all-round for the Reds’ current duo on loan in the Football League.

Sheyi Ojo only joined Fulham on Wednesday, but the talented youngster was instantly involved in matchday duties for Saturday’s clash with Sheffield Wednesday.

However the 20-year-old had to settle for a watching berth in his first game with Slavisa Jokanovic’s team, featuring only as an unused sub as Fulham lost 1-0 at Craven Cottage.

Finally, Shamal George’s wait for a debut at League Two Carlisle United goes on, with the young shot-stopper unused for a fourth game so far – this time in a 3-0 win over Cheltenham.