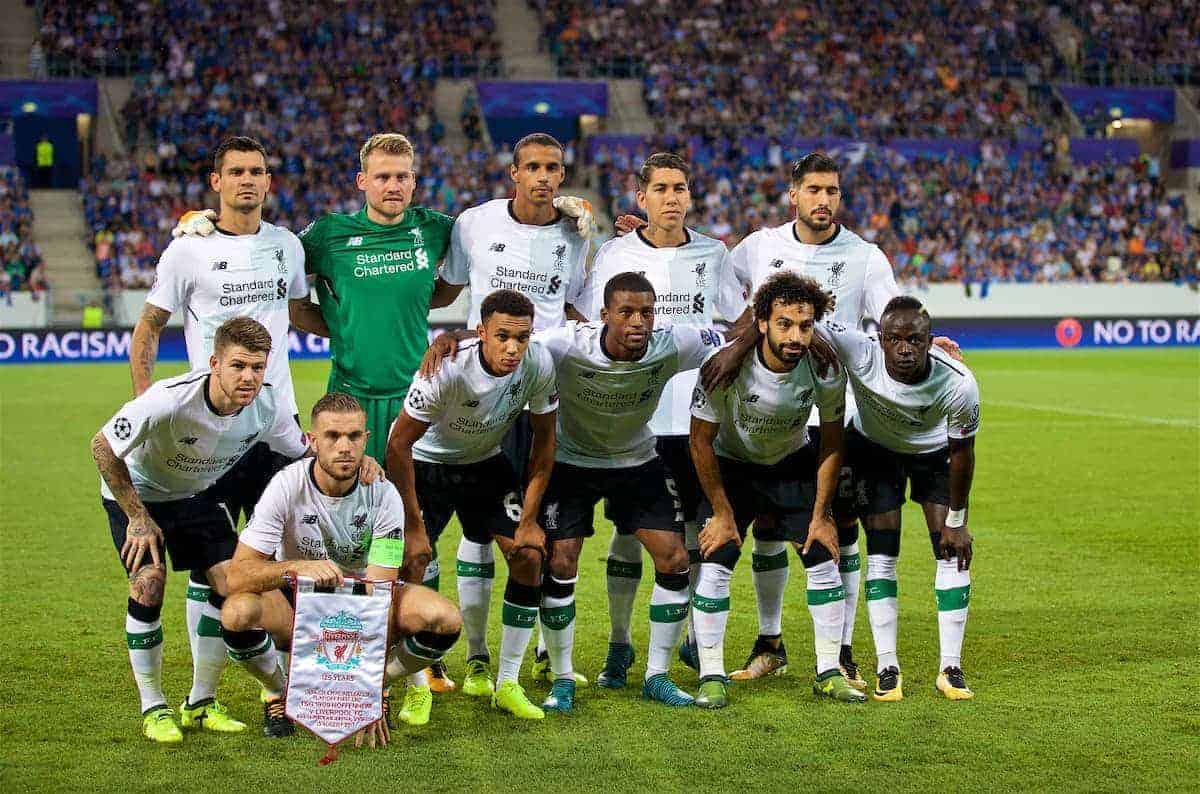 Liverpool battled to a vital 2-1 win in the Champions League play-off first leg at Hoffenheim to take control of the tie and put a place in the group stage in sight.

Optimism was in short supply ahead of the Reds’ return to Europe’s elite stage, after opening the Premier League season with a disappointing draw at Watford.

But Jurgen Klopp’s side rose to the occasion with a brave display which ensures the Reds return to Anfield with a potentially priceless advantage thanks to goals from Trent Alexander-Arnold and James Milner.

With no change with injuries in the squad and several key men still missing, Klopp opted to name an unchanged at the Rhein-Neckar-Arena. As always, the travelling Kop were in good numbers and fine voice ahead of kick-off, as Klopp’s side prepared for a crucial night. Liverpool almost went behind after just 12 minutes, when the hosts were awarded a penalty after Dejan Lovren fouled Serge Gnabry, but Simon Mignolet made a vital save to deny Andrej Kramaric and keep the score goalless. After that wobbly start, Klopp’s side settled well and took the lead on 35 minutes, when Alexander-Arnold produced a moment of magic with a superb, curling free-kick to put the Reds ahead.

Boosted by his magnificent strike, the right-back shone as he provided a solid defensive presence and marauding attacking outlet on the right flank.

Jordan Henderson led the Reds in battle in the middle of the park as Liverpool fought to protect the lead, which James Milner doubled on 74 minutes when his cross deflected off Havard Nordtveit and into the far corner of the net. The Reds had chances on the break to kill the game thereafter, with Sadio Mane passing one great chance up as he fired wide on his left foot from inside the box. Mark Uth then halved the deficit when he rifled a left-foot strike past Mignolet on 87 minutes, but Liverpool held out under intense pressure late on to seal a huge victory and take control of the tie ahead of the Anfield return.

Before that crunch second leg, the Reds return to Premier League action as Crystal Palace arrive on Merseyside for the first home game of the season on Saturday.