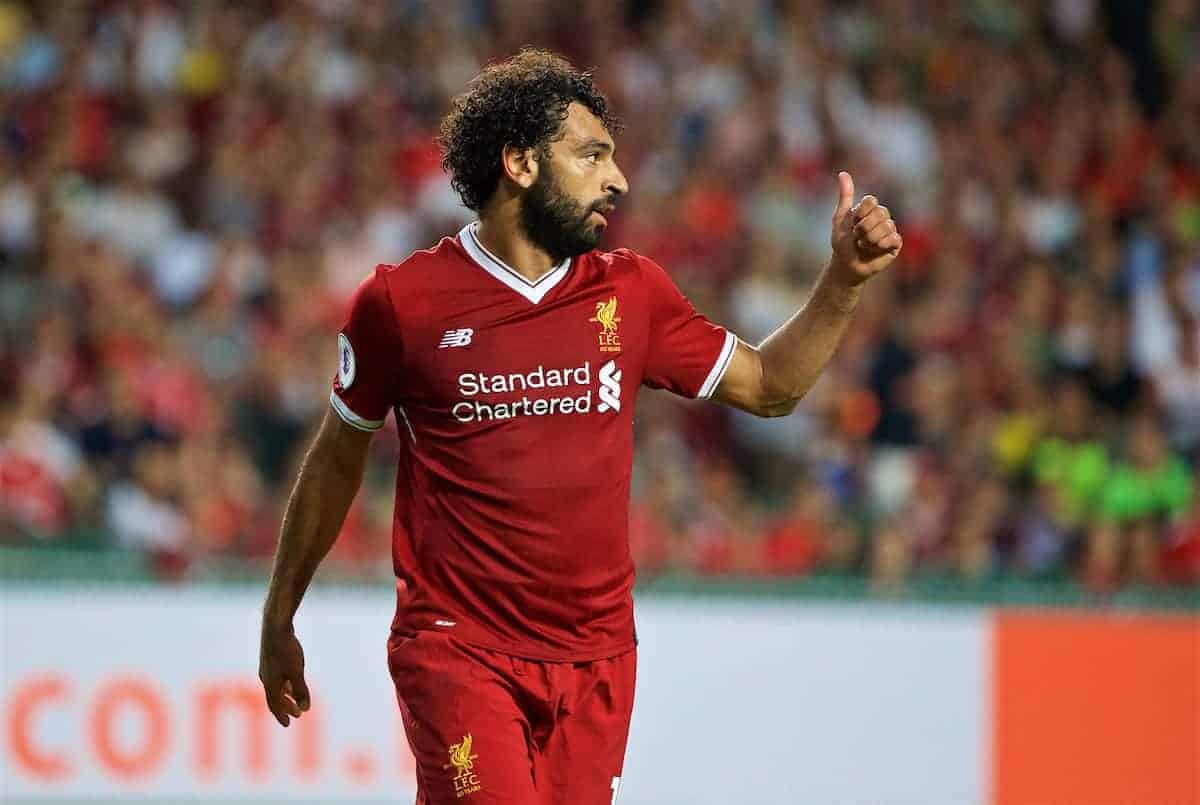 Jurgen Klopp has named both Mohamed Salah and Sadio Mane in his starting lineup as Liverpool take on Bayern Munich in the Audi Cup.

The Reds take to the Allianz Arena on Tuesday evening for the first of two pre-season games in the Audi Cup this week, taking on German champions Bayern.

Speaking ahead of the game, Klopp described the matchup as “the top, top level,” providing a welcome preview for the 2017/18 campaign, which will see Liverpool return to Europe.

Looking to lead his side to a fourth consecutive victory this summer, building on Saturday’s 3-0 win away to Hertha Berlin, Klopp has named a strong starting lineup in Munich.

In midfield, Jordan Henderson is joined by Emre Can and Philippe Coutinho, while Mohamed Salah and Sadio Mane support Roberto Firmino in Klopp’s attack.

The German is likely to make a series of changes throughout the game, with Adam Lallana, Georginio Wijnaldum and Daniel Sturridge among those named on the substitutes’ bench.

Danny Ward (back), Joe Gomez (knee), Nathaniel Clyne (back) and Divock Origi (hamstring) are all ruled out through injury.

Liverpool will face either Napoli or Atletico Madrid in Wednesday’s clash, ahead of their return to England and a trip to take on Athletic Bilbao in Dublin on Saturday.