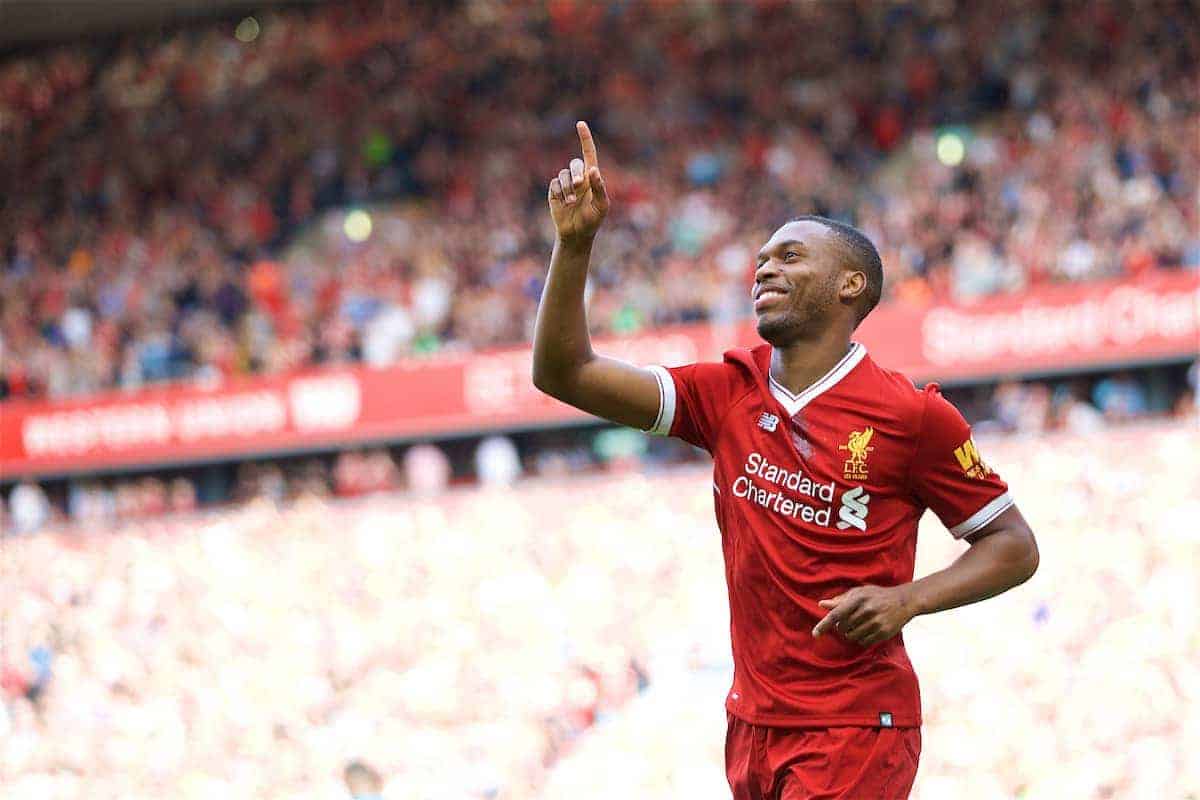 Daniel Sturridge insists he feels as sharp as ever and is looking forward to the rest of the season but will not get carried away by Liverpool’s impressive start.

Sunday’s 4-0 demolition of Arsenal, in which the England international scored his first goal of the season, was the club’s fourth successive win in all competitions to remain unbeaten.

After dealing with more nagging injuries in the previous campaign and a delayed start to this one because of a minor thigh problem, Sturridge believes he is now fully fit.

And with those issues resolved he has regained his place in Gareth Southgate’s squad for World Cup qualifiers against Malta and Slovakia.

“I feel as sharp as ever, I’m ready to go. I had a great pre-season, felt really good and I’m looking forward to the future to be honest with you,” he told LiverpoolFC.com.

“I feel great, it’s the best I’ve felt for a long time, and I’m looking forward to this season. Eight goals in their last two games, having beaten Hoffenheim 4-2 in their Champions League play-off second leg, has raised expectations Liverpool can reproduce the form of a year ago which saw them race to the top of the Premier League in November.

However, this time around they have the Champions League to deal with and Sturridge insists that is why they cannot get carried away.

“For me, I always go from the humble aspect, which is don’t get too excited so early in the season,” he added.

“I think everybody outside of the players has made the judgement on how far they believe we can go.

“We’re quietly confident, but it’s important not to get excited because in football things can change.

“With one or two results and you’re out of the running sometimes, and you saw from last season that teams who might not necessarily have started well ended well.

“So it’s important for us to pace ourselves, take one game at a time, not get excited.”