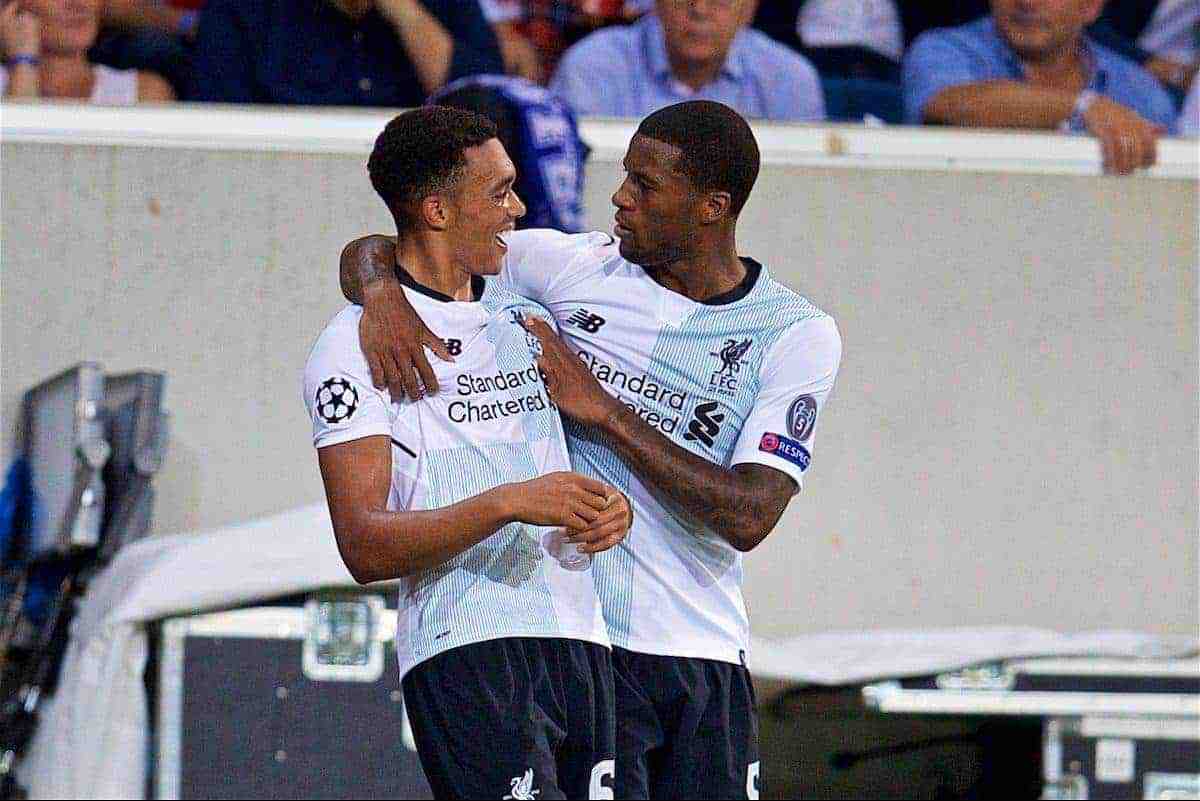 Georginio Wijnaldum is keen to ensure Liverpool don’t rest of their laurels after their 2-1 Champions League play-off first-leg win over Hoffenheim.

A stunning free-kick from Trent Alexander-Arnold and an own goal from ex-Arsenal and West Ham midfielder Havard Nordtveit gave the Reds the victory in Sinsheim.

But with Mark Uth striking late to cut their lead, Jurgen Klopp‘s side still have work to do when they host the second leg next Wednesday.

And Wijnaldum, speaking to LiverpoolFC.com after the game, was eager to stress that Liverpool have not reached the Champions League group stage left.

Describing Tuesday night’s win as “not a big result, a good result,” the Dutchman expects a similarly difficult night at Anfield.

“I don’t want to speak about a ‘big’ result, more a ‘good’ result,” he explained.

“The big result must be at the end of the two games and that means you’re through to the Champions League—so not a big result, a good result.

“I have to say, the game was very difficult because they played with three at the back and five midfielders, so it was really hard to close the gaps. Heading into the game, many Reds would likely have taken a draw away from home, but in scoring two away goals and coming out with the win, Klopp’s side are in the driver’s seat.

But for Wijnaldum, the manner in which Liverpool conceded, switching off at the back to allow Uth through with a simple ball over the top, is worrying.

“[There is] more regret of conceding a goal [than not scoring more]…we stopped defending,” he added.

“It was a good goal from the striker but if we had defended better the goal wouldn’t have come.

“But it happened—we have to adapt to the situation and do the job next week.”

Having produced a comprehensive victory at the Rhein-Neckar-Arena, with signs to suggest they are improving following Saturday’s 3-3 draw at Watford, Liverpool can take heart from their win.

Wijnaldum is right to acknowledge the need for a similar result on Merseyside, however, as the Reds cannot allow complacency in the second leg.