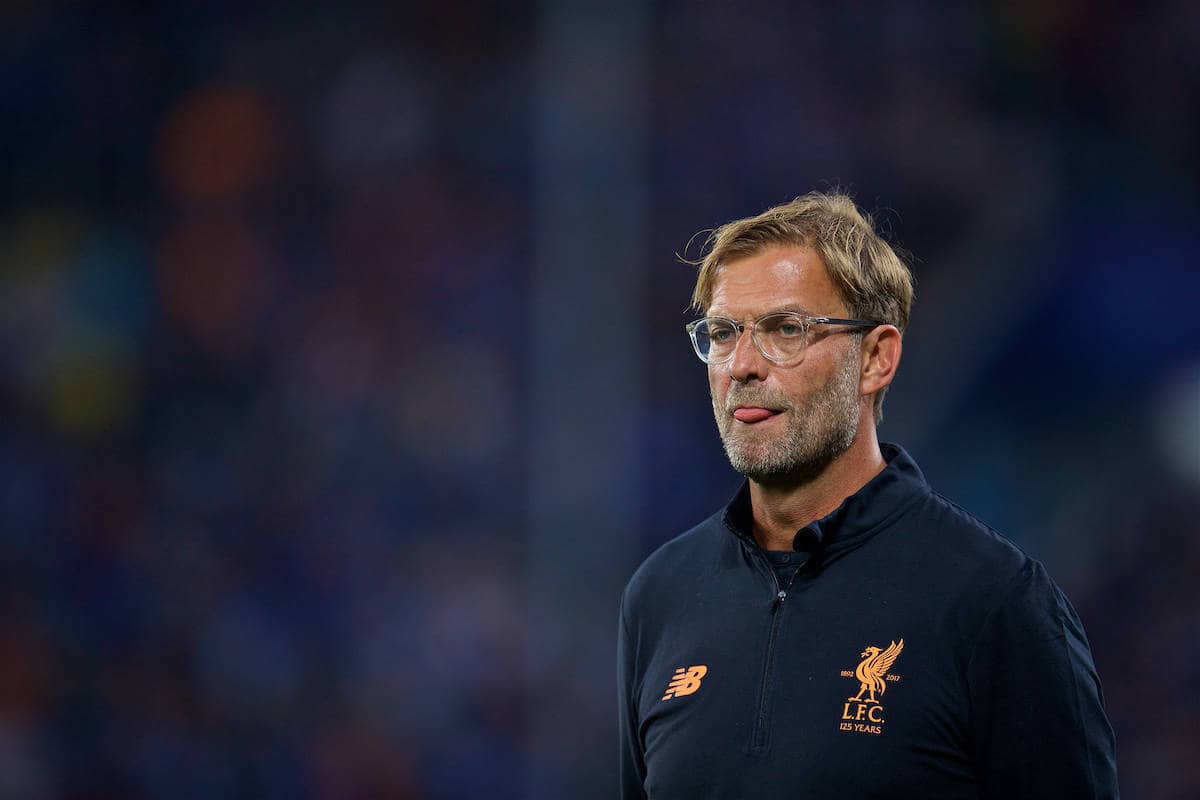 Jurgen Klopp says Liverpool are still looking to sign new players this summer, but insists he is happy with the squad he has even if the transfer window closed yesterday.

As the weeks have passed, concern has grown within the fanbase about a lack of activity, particularly compared to some of their rivals.

With Mohamed Salah the only big-money player to come in so far this summer, failure to add more could be seen as step backwards, following such a productive 2016/17 season.

Speaking on transfers, Klopp said: “The transfer market is difficult worldwide. We are still looking. Of course we think about what we can do.”

Klopp, though, says he is content with the players currently at his disposal.

“If the transfer window would have ended yesterday we already would have a team I would like and can play football with.

“August 31st will be a busy day. If we’re involved in that day I’m not too sure.”

It is always worth taking what Klopp tells reporters with a pinch of salt, but it would be a concern if he is genuinely pleased with his squad.

It looks very lacking in depth as things stand, and with four competitions to play in this season, a few injuries would expose it even further.

At least one new player will surely arrive between now and deadline day, but Liverpool could do with a couple moving to Anfield, namely a centre-back and a midfielder.