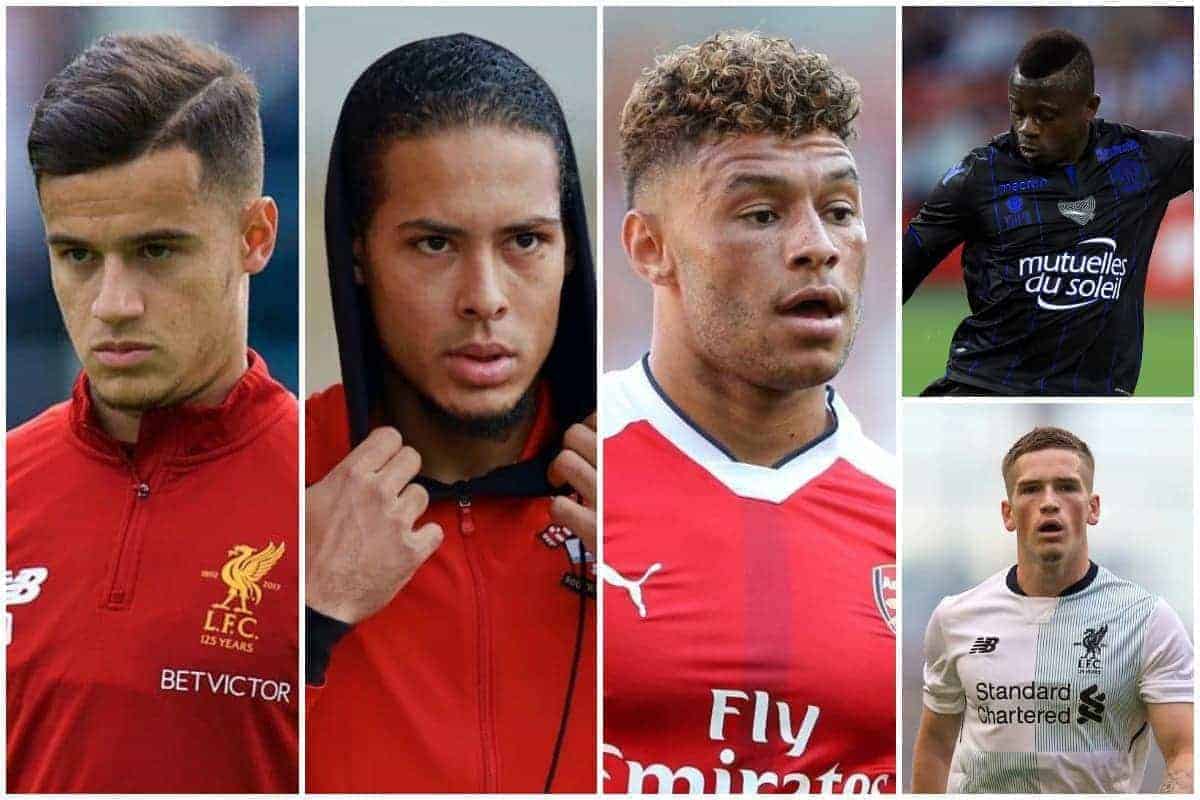 We round up the latest Liverpool transfer news, with a new midfielder emerging from the rumour mill as Jurgen Klopp considers his options.

After the Reds’ 3-3 draw with Watford on Saturday afternoon, Klopp confirmed that he was looking to bolster his squad before the end of the window.

“We are still working on all parts. We cannot build them,” he said. “We have to have talks, we’re looking at all parts of the team.”

So what can we expect from the Reds? Here’s the latest from Merseyside. With a move for RB Leipzig midfielder Naby Keita highly unlikely this summer, Klopp is seeking to add another option in the middle of the park.

“We don’t have too many midfield players in the moment who have experience,” he explained last week. “Are we looking still for players? Yes. That is the truth.”

And according to the Guardian‘s Ed Aarons, the Reds are considering a move for Nice’s Jean Michael Seri.

The 26-year-old is an impressive creative midfielder who covers ground swiftly, and is believed to be available for around £34 million.

Liverpool are said to have “registered interest,” but whether this leads to a concrete offer or not remains to be seen.

The need to add to Klopp’s midfield options is compounded by Philippe Coutinho‘s desire to leave Anfield this summer.

Having handed in a transfer request at the end of last week, the Brazilian is eager to push through a move to Spanish giants Barcelona, who have already had two bids rejected.

According to the Times‘ Jonathan Northcroft, Coutinho’s action have left Klopp feeling “personally let down.”

The German has clearly built his side around the 25-year-old, with the £36.9 million arrival of Mohamed Salah designed to allow Coutinho to take up a new, deeper role in midfield.

Dealt a blow by his star playmaker, Klopp is now leaving his future in the hands of Liverpool’s owners, Fenway Sports Group.

Saturday’s hapless defensive display at Vicarage Road once again highlighted the need to sign another centre-back before August 31.

With priority target Virgil van Dijk requesting a transfer from Southampton a week ago, the Netherlands international currently stands as the most likely arrival.

But according to the Mirror, the Reds face major competition from Chelsea, who are struggling for numbers after their opening-day defeat to Burnley.

Tom Hopkinson claims that the Blues are “preparing a formal offer” for Van Dijk, said to be worth over £50 million.

However, Chelsea have seemingly been preparing a bid for weeks now, and with the centre-back eager to join Klopp at Anfield, Liverpool may still have the upper hand.

Blues Also ‘Close In’ on Oxlade-Chamberlain However, Chelsea look to be in pole position to sign another player heavily linked with Liverpool this summer, Alex Oxlade-Chamberlain.

The Arsenal midfielder has just one year left on his current contract at the Emirates, and is not set to extend his terms as he seeks regular first-team football.

According to the London Evening Standard, his next destination could be Stamford Bridge.

“Chelsea are growing increasingly confident they will agree a £35 million deal,” James Olley writes, later adding: “No fee has yet been agreed but negotiations between the two clubs are ongoing.”

While £35 million is a significant outlay for a player in the final year of his contract, Oxlade-Chamberlain would be a very useful signing for the Reds.

Kent and Ings Set to Stay This Summer?

Finally, two players who look set to stay with Liverpool beyond the end of the month are Ryan Kent and Danny Ings.

Kent, who signed a new five-year deal with the Reds last week, has been included in Klopp’s 22-man squad for Tuesday night’s Champions League play-off first leg away to Hoffenheim.

Having also travelled for Saturday’s draw at Watford, it is clear that Kent is being considered for a first-team role under Klopp this season rather than leave on loan.

Meanwhile, Ings has set his sights on continuing his recovery on Merseyside, as he takes a long-term approach to regaining his fitness and reclaiming his Reds place.

“I don’t think there is a set time on when I actually get back out onto the pitch,” he told LiverpoolFC.com. “It’s just a day-by-day situation.”

For now, he will continue his work with the Liverpool U23s, after scoring on his first outing back from a long-term knee injury away to Swansea City on Friday night.