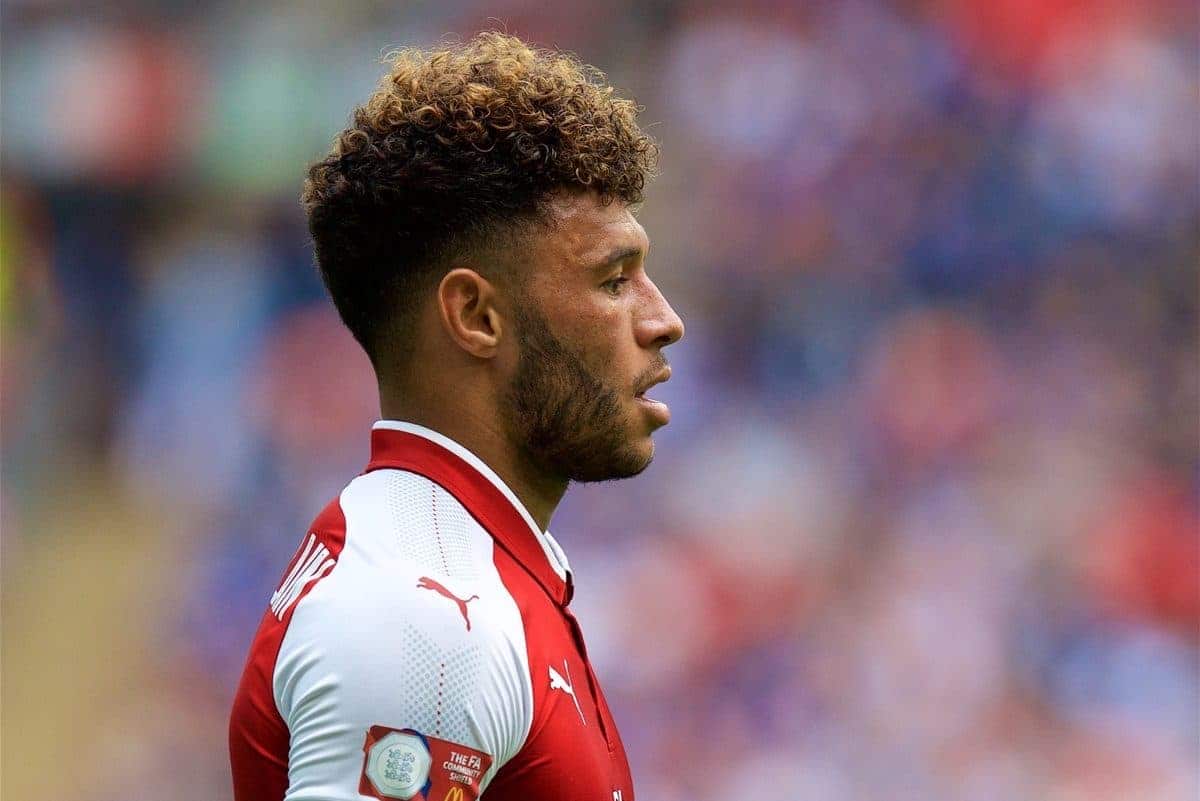 Liverpool have reportedly entered talks with Arsenal over a deal to sign Alex Oxlade-Chamberlain before Thursday’s transfer deadline.

Oxlade-Chamberlain is believed to have turned down the opportunity to join Chelsea, after the Premier League champions agreed a £40 million deal this week.

The 24-year-old favours a move to Merseyside, having set his sights on a regular run in his natural midfield role.

And according to widespread reports on Wednesday afternoon, the Reds have now approached Arsenal over a deal to bring the England international to Anfield.

The Times‘ Paul Joyce reports that the Gunners have told Oxlade-Chamberlain “he is no longer wanted,” and “want to offload him before tomorrow’s transfer deadline.”

Liverpool have previously been claimed not to be willing to match Chelsea‘s offer for the midfielder, but with Arsenal eager to part ways with their No. 15, they may be able to strike a deal.

The Reds are also pursuing a move for AS Monaco winger Thomas Lemar, however, with French outlet SFR Sport claiming the two clubs were meeting on Wednesday to discuss a big-money deal.

It was expected that it would be either Lemar or Oxlade-Chamberlain, but BBC Sport’s Ben Smith has now suggested it is “still possible” both could arrive on Merseyside this week.

Neither deal is said to be tied to the future of Philippe Coutinho, with Sky Sports’ Spanish football expert Guillem Balague reiterating the Reds’ ‘no sale’ stance.

The additions of Oxlade-Chamberlain and Lemar would significantly bolster Klopp’s options both in midfield and out wide.

Elsewhere, Liverpool are hoping to secure the signing of Southampton centre-back Virgil van Dijk, but is likely that any deal will go down to the wire.