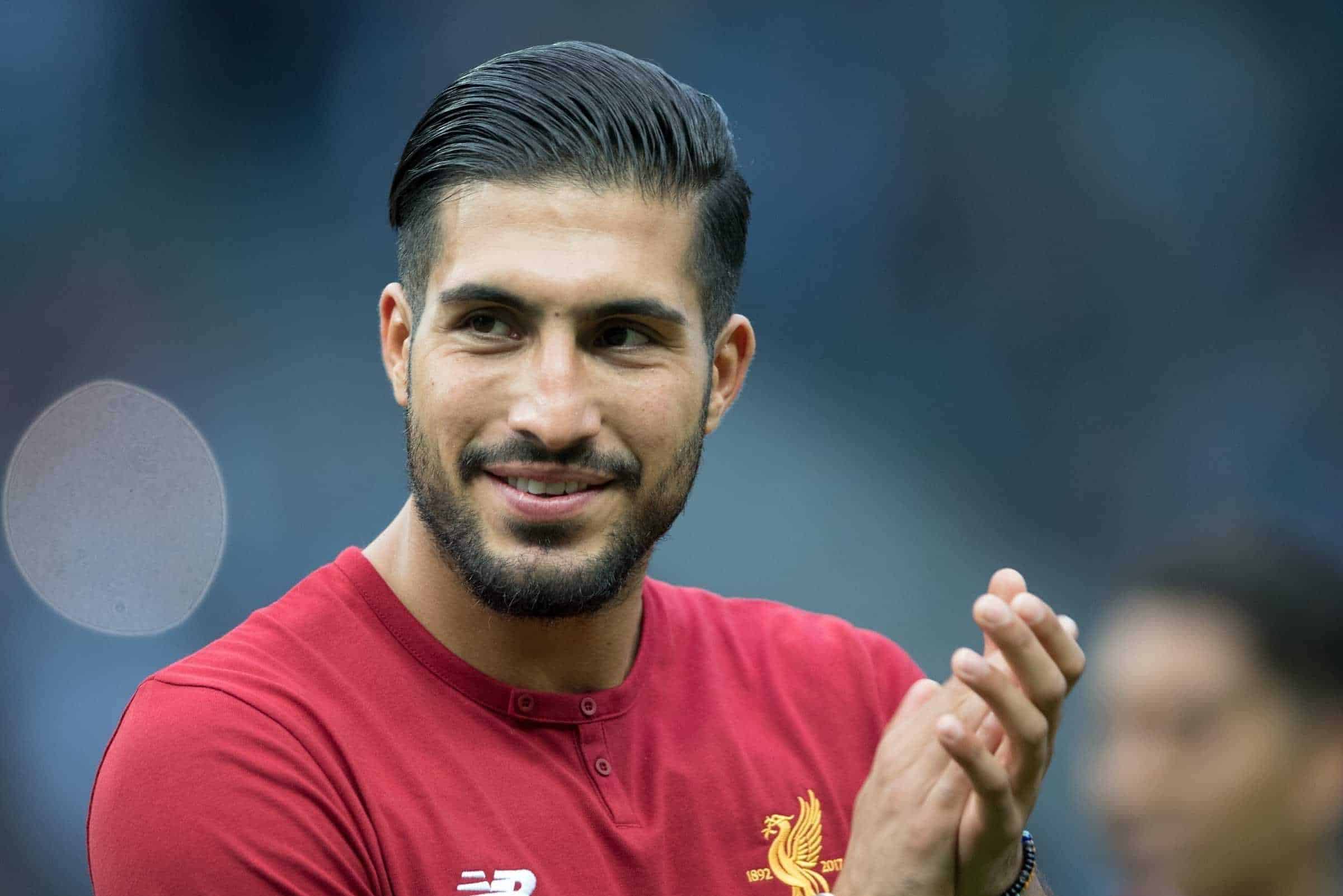 Emre Can has enjoyed a fantastic week in a Liverpool shirt, and his performances were proof that tying him down to a new deal is crucial.

Since the disappointing opening day draw at Watford, the Reds have produced a hugely pleasing run of wins.

The 1-0 against Crystal Palace may not have been a classic, but they ground out a win at home to lesser opposition – an Achilles heel in recent years.

Wins home and away against Hoffenheim secured a place in the Champions League group stage, with the display at Anfield particularly superb, before Arsenal visited on Sunday afternoon.

Jurgen Klopp‘s men ripped the Gunners to shreds, romping to a 4-0 victory and genuinely threatening to score double that on a thrilling afternoon.

For all the magic of Liverpool’s front-three in the back-to-back wins over Hoffenheim and Arsenal, it is Emre Can who has stood out most, with the German enjoying arguably his two best performances for Liverpool.

Plenty has already been written about how dominant Can was against Julian Nagelsmann’s beleaguered Hoffenheim last Wednesday, but another quick mention won’t go amiss.

The 23-year-old was everywhere up against a number of his compatriots, and he scored twice on the night, suggesting he is going up a gear as a more box-to-box midfielder.

Then there was Arsenal – a tour de force display that has to be considered one of the most impressive by a Liverpool midfielder in quite some time.

In tandem with Jordan Henderson and Gini Wijnaldum, who were also very impressive, Can bullied the Gunners’ midfield into submission, and proved to be unplayable at times.

His physicality was simply too much for the likes of Granit Xhaka and Aaron Ramsey to handle, and he shone in everything from his decision-making and leadership to his quality on the ball.

Can won every single aerial duel that came his way, enjoyed a passing accuracy of 88 per cent and completed three take-ons, highlighting his attacking output.

There were shades of Steven Gerrard about him, in terms of his dominance and marauding nature, and while Mohamed Salah won Sky’s man of the match award, Can was presented as the sponsor’s man of the match in the Main Stand’s legends lounge post-match.

During the game, Liverpool legend Jamie Carragher described Can as a “£60-70million player” and it was hard to disagree on this evidence.

Carragher claimed that keeping hold of him is almost as important as not allowing Philippe Coutinho to leave – high praise from someone famous for not dishing out praise.

It is hard to think of a player more than Can who sums up why football fans have to be patient.

At the start of the year, the midfielder could do no right, with some desperately poor performances coinciding with Liverpool’s worst run of form of the season.

With constant links suggesting he could leave Anfield this summer, a fair chunk of supporters were not unhappy at the prospect of him moving on, with many accusing him of flattering to deceive too often.

It should never be forgotten that Can was playing with an injury during that period, though, and at 23, inconsistency is still understandable.

The way in which the Germany international ended last season and has started this campaign shows what a huge player he is for the Reds, however.

Reports linking him with a move to Juventus have not gone away yet, and ongoing disputes over a new Liverpool contract are more than a little worrying.

As Carragher said, it is vital that the Reds tie him down to a new-and-improved deal as soon as possible, or risk losing him on a free transfer next summer.

He may not always be perfect from this point on, given his age, but he has the potential to mature into one of the most impressive midfielders in Europe.

So much more to come In the three years since Can joined Liverpool from Bayer Leverkusen, he has not always convinced on a weekly basis, but it is clear they have an enormously talented player in their ranks.

He still has to be considered young, especially as central midfielders tend to enjoy their best years between approximately 27 and 32, which further emphasises the need to keep him.

Can’s ceiling is higher than many of his teammates, and as he has shown in the last week, he looks ready to reach another level this season.

For Liverpool to become a genuine force again, they need to keep their best players, and Can is falling into that category more and more by the game.

After the international break it’s Man City at the Etihad for the Reds – it would be nice to have a new deal sorted by then.

Patience was always going to be required with a player who can be erratic at times, but both Hoffenheim and Arsenal have left the full force of Can’s brilliance in the space of four days.