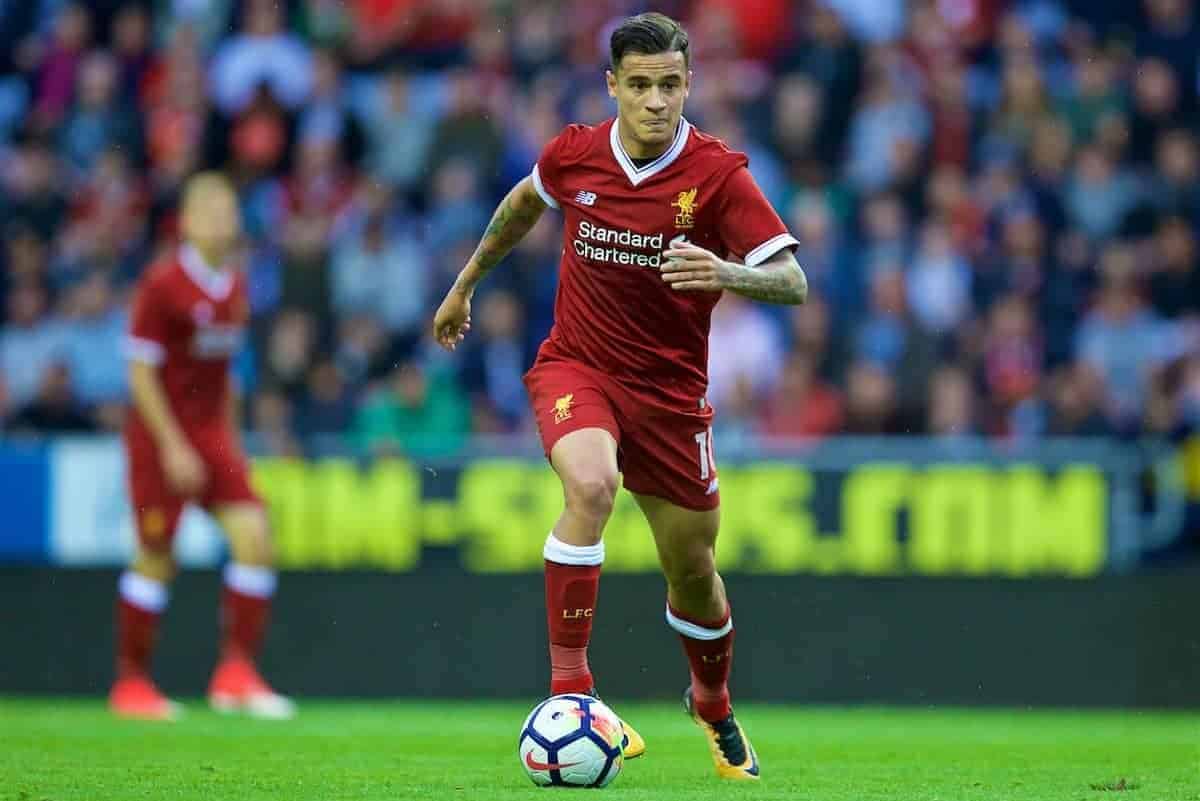 Liverpool playmaker Philippe Coutinho is likely to sit out of Saturday’s Premier League opener away to Watford due to a niggling back injury.

The Brazilian missed the Reds’ final friendly of pre-season, last weekend’s 3-1 victory over Athletic Bilbao in Dublin, as one of several key absentees.

And while Jurgen Klopp‘s side prepare to kick off the 2017/18 campaign at Vicarage Road this weekend, the Brazilian looks set to stay on the sidelines.

According to the Telegraph, Coutinho is yet to return to training, and “he is running out of time to prove his fitness for the trip.”

The 25-year-old is said to have attended Melwood every day to undergo treatment, however, belying suggestions his absence is due to speculation over his future.

Barcelona are believed to be pursuing a deal for the No. 10, but Liverpool are adamant they won’t part ways with Coutinho this summer.

Coutinho’s absence in Hertfordshire will be a blow, with Klopp restricted by a series of fitness issues as he prepares to name his squad for Saturday’s 12.30pm kickoff (BST). Nathaniel Clyne (back) and Adam Lallana (thigh) will both miss out, while Daniel Sturridge (thigh) is also a doubt.

However, the Liverpool Echo report that Jordan Henderson has returned after illness saw him omitted for the trip to Dublin.

Danny Ings (knee) is also unlikely to feature, having sat out of the Reds’ eight-game pre-season schedule as he works towards full fitness, while U23s captain Harry Wilson (heel) is ruled out.

Injuries to Lallana and Coutinho could provide opportunities for Marko Grujic, Ovie Ejaria and Ben Woodburn, as Klopp keeps faith in youth.

James Milner will also be considered for a starting role in the middle of the park, having moved from left-back into midfield against Bilbao.

This could see Alberto Moreno continue his unlikely revival act, with the Spaniard now looking set to stay at Anfield to compete with Andrew Robertson this season.