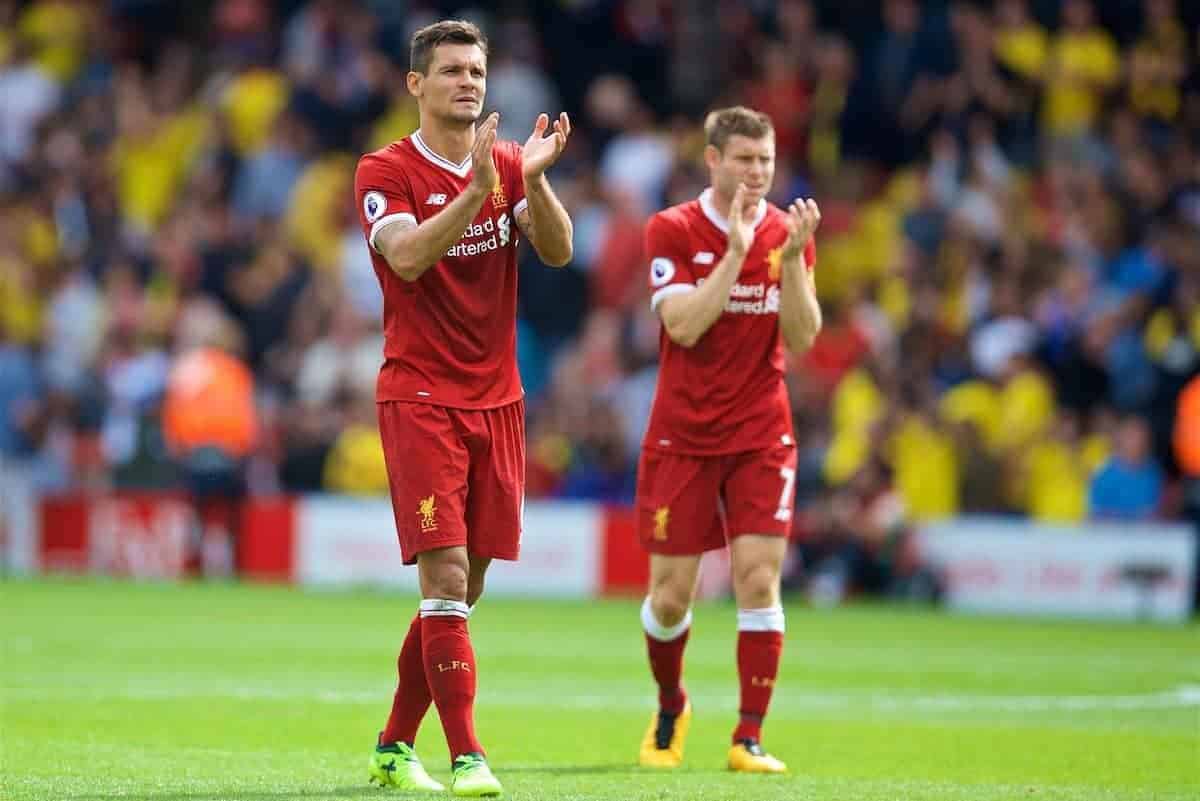 Liverpool produced a hit-and-miss performance as they fell to a late equaliser to draw 3-3 away to Watford in the Premier League on Saturday.

Couldn’t do much for the first goal. The in-swinging corner meant he couldn’t come and claim it initially, and though he might have reacted quicker to Younes Kaboul’s header he had every right to expect his defenders to deal with it.

The second goal was a collective cluster of errors, and he was part of the defensive calamity which gifted a goal to Abdoulaye Doucoure.

Looked shaky when coming for a ball later on but was able to recover despite the initial error.

Made a good punch clear followed by a save in injury time, but was unable to prevent Miguel Britos outmuscling him from an offside position to add the equaliser in the dying minutes.

Shaky start but wasn’t helped out by his more experienced team-mates.

He regularly pointed to where he wanted the midfielders to be as he looked to play out of the back, but Georginio Wijnaldum and Emre Can were unable to help him.

Made a couple of good clearances later on in the game, as the ball found its way to him through the rest of the defence.

Looks similar to Nathaniel Clyne, but with the potential to get better. Did nothing to challenge Kaboul who charged into his zone to win the header which led to the opening goal.

Can’t be expected to win the duel with a standing start, but didn’t even try to.

Much better in the second half, but the defensive unit needs to be better as a whole and he was part of this problem.

Eventually made a good block from Roberto Pereyra’s shot after being turned inside out twice by the winger, but unfortunately the home side scored from the subsequent corner.

Was stuck in no man’s land for the second goal conceded, but made up for this with a pinpoint left-footed pass into the path of Roberto Firmino which led to the third goal.

Nearly scored himself with a header from a corner shortly after, but his shot was saved by Heurelho Gomes. Looked better defensively as the game went on.

It was refreshing to have a pacy left-footed threat down this flank, and the Spaniard did get into some good positions and make the odd defensive intervention.

But the he was one of the many players at fault for the second Watford goal.

If a full-back leaves their position to make a challenge, they usually need to win the challenge, but he didn’t leaving space for the opposition attackers to wreak havoc against his equally incompetent team-mates.

Did well to create space for a shot which went just over with the score at 3-2, and was a lot more steady generally in the second half. Enough to keep his place ahead of James Milner.

Unable to dictate in front of the back four, and he was quietly culpable for the second goal prior to the defensive mixup behind him.

A pass success rate of 77 percent is too low for a player who is supposed to control the game.

Didn’t lead the team as captain, and couldn’t help his charges see the game out in the final minutes. Not in the game during the first period, but came into it in the second half with an impressive all-round midfield display.

Could be seen charging forward with the ball to relieve the pressure on his team, and also helped out Moreno down the left in defence.

He played some good passes and emerged as the best midfielder on the park.

Very quiet in the first half. Bypassed, almost, and like his team-mates he wasn’t around when the Reds needed to take control in midfield.

Whereas some improved in the second period, the Dutchman was unable to assert himself on the game as he would have liked.

Had only 11 touches of the ball in the first half, but came into it more in the second, starting with a shot which went just wide.

He won the penalty which led to the second equaliser, showing that pace is a threat even when a player isn’t having the best of games, and came close again shortly after.

He was on hand to turn the ball in from Firmino’s chipped effort, showing plenty of willing right until the end with a number of shots on goal.

Watched Stefano Okaka breeze by him for Watford‘s goal, and couldn’t impose himself on the attacking side of the game in the first half.

Like the rest of the team he looked a lot better in the second, showing the occasional great touch, holding the ball up and scoring the penalty which levelled the scores for a second time.

He was then instrumental in Salah’s strike, taking Lovren’s pass and chipping the ball over Gomes for the winger to tap it home.

Brilliant for Liverpool’s goal. Took it upon himself to get his side back in the game and did so.

Received the ball on the right, danced across the Watford back four before playing the ball to Moreno on the left.

His subsequent stepover the ball to allow Moreno’s pass through to Can created the space for him to run into, receive the ball and score confidently past Gomes.

Almost scored a second with a glancing header from a corner.