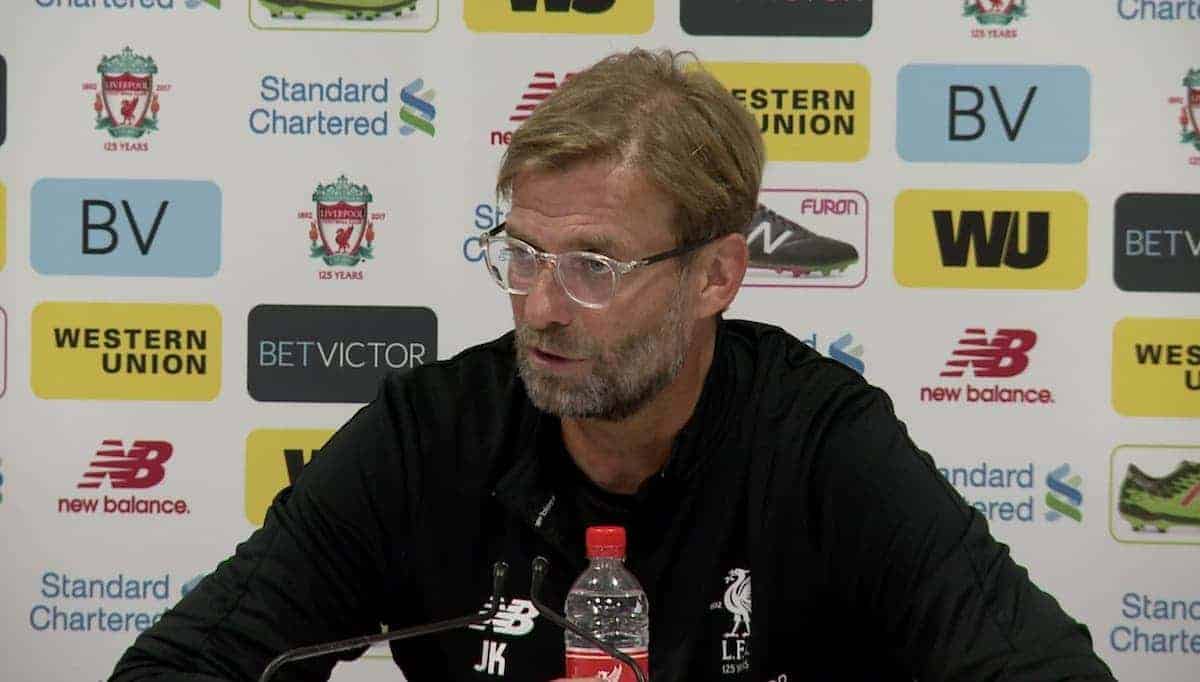 Watch Jurgen Klopp speak to the media after Liverpool hammered Arsenal 4-0 at Anfield in the Premier League on Sunday.

“So far in the season we learn from each performance, each game we played different things. Watford was not as bad as people say.

“We wanted to show it today and prove it ourselves and be spot on from the first second.

“We wanted to show our ambitions against a very strong side.