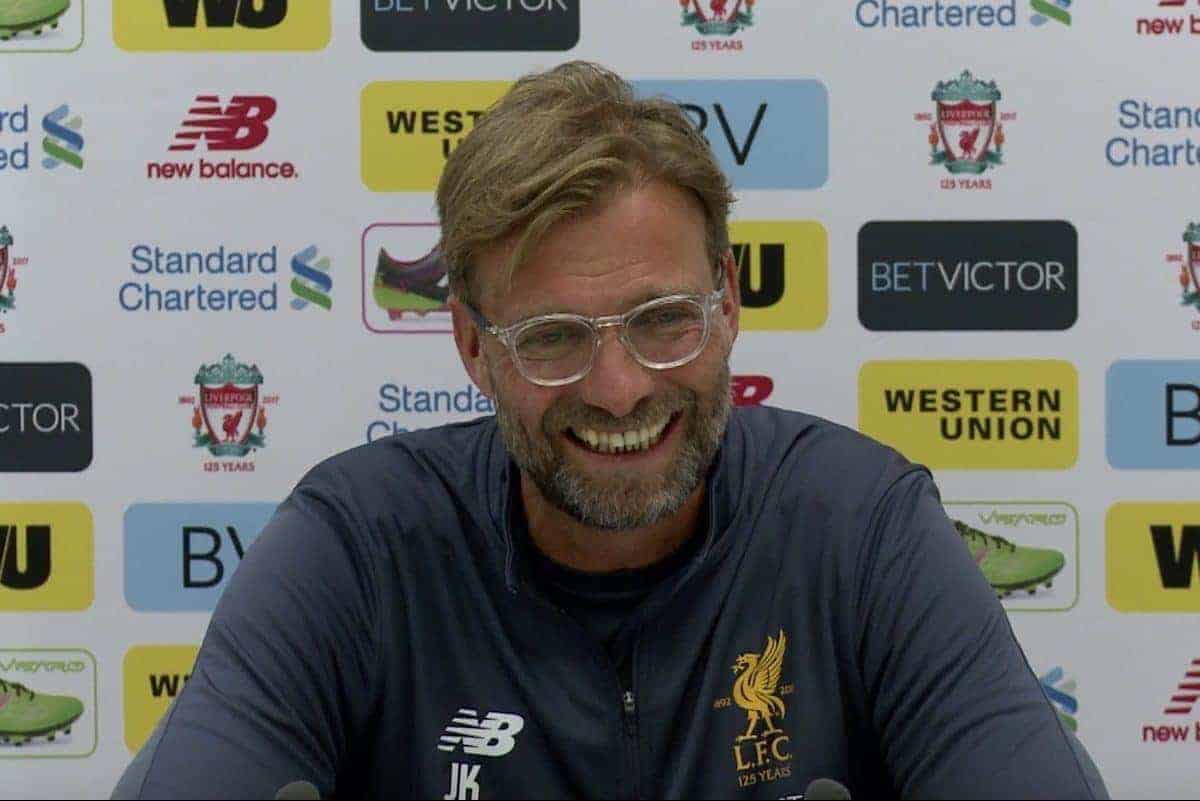 The Reds take to Vicarage Road on Saturday afternoon looking to get the season off to a strong start, facing off against Marco Silva’s Hornets.

After a productive season, Klopp’s side will be confident heading to Hertfordshire, and the German was in positive spirits at Melwood ahead of the trip.

“We saw a few games in pre-season, we should be prepared as well as possible,” he said of Liverpool’s opponents.

“[Silva]’s a very dominant coach, we saw a lot of what he brought in at Hull. You can see a lot of his philosophy [at Watford].

“Maybe it’s easier with the crowd at your back [at home], bringing this 20 or 30 percent.

And while the 50-year-old was emphatic in his stance over the Brazilian, he moved to rule him out of Saturday’s clash due to a back injury, along with four others.

Nathaniel Clyne, Adam Lallana and Daniel Sturridge are all sidelined, while Danny Ings will line up for the Liverpool U23s on Friday night against Swansea City. Klopp will be able to call upon new signing Mohamed Salah, however, and he is clearly relishing the prospect of fielding the Egyptian.

“Offensively, he’s natural, and that’s really cool. We want to keep that, that’s how it is,” he said.

“It makes us more difficult to defend, because speed is the most difficult thing to defend in football.”

The 25-year-old is likely to be the only debutant in Klopp’s starting lineup on Saturday, but he could also call upon left-back Andrew Robertson and young striker Dominic Solanke.

The Premier League kicks off at the Emirates Stadium on Friday night, as Leicester City take on Liverpool’s title rivals, Arsenal.