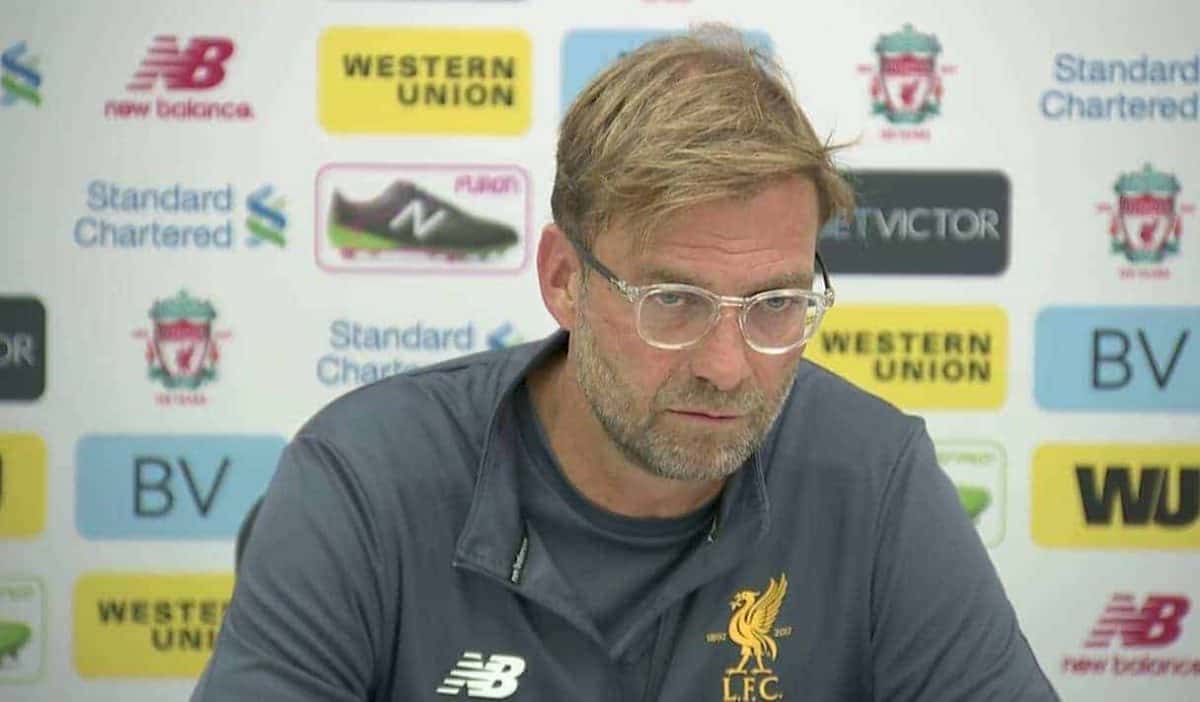 Watch Jurgen Klopp speak to the media ahead of Liverpool’s first home game of the 2017/18 season, against Crystal Palace.

The boss was inevitably asked about the Philippe Coutinho situation, with several questions on the Brazilian’s future and supposed back injury.

There was more positive news on Daniel Sturridge, who should be available for Saturday’s game.

A question on transfers saw Klopp say the club were still looking, but he insisted he would be happy with the squad he has if the transfer window had closed yesterday.

There was also a discussion on new signing Andy Robertson after he was left out of the first two squads of the season.