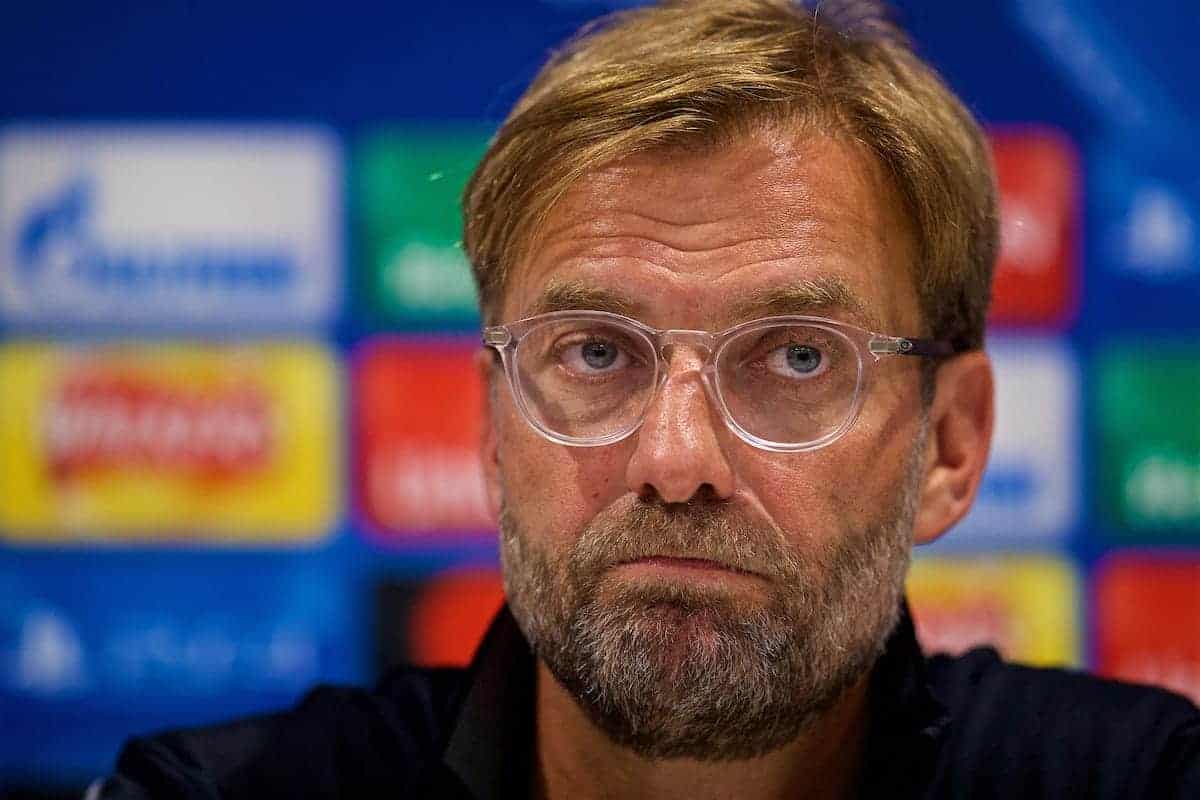 Watch Jurgen Klopp speak to the media ahead of Liverpool’s vital Champions League qualifier second-leg against Hoffenheim on Wednesday.

It was no surprise to see Klopp having to tackle questions regarding Philippe Coutinho, with the Brazilian set to stay at Liverpool for another season.

The Liverpool manager claims the diminutive 25-year-old is now “ill” and that he will therefore be unavailable for the visit of Julian Nagelsmann’s side.

He did add that he would welcome back his key man with open arms, however, once he is fit enough to be a part of the squad.

Klopp also felt it important to stress that his side must not take Hoffenheim for granted, despite the Reds taking a 2-1 lead back to Anfield.

He added that his players know full well the job in-hand, and felt confident Liverpool would be in the Champions League group stages next month.