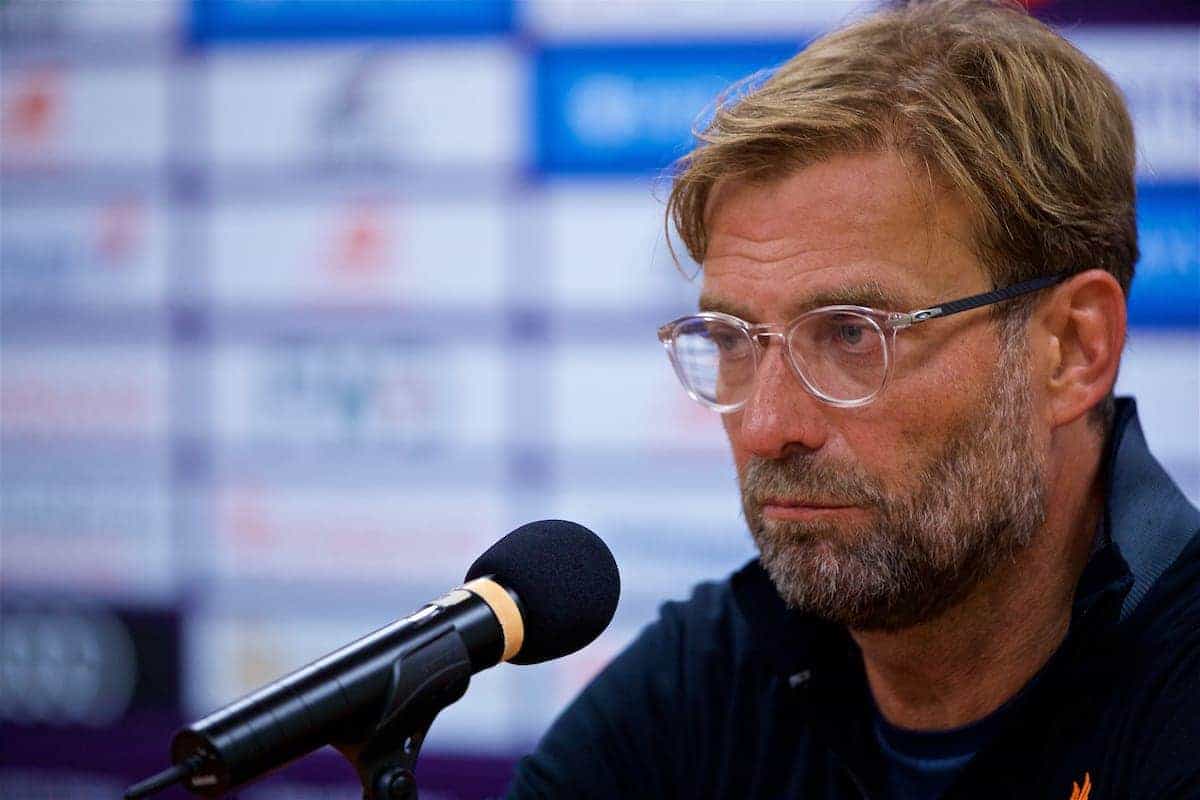 Klopp’s squad arrived in Germany on Tuesday afternoon, with no Daniel Sturridge or Philippe Coutinho in the 22-man travelling party.

The Liverpool boss was once again asked about Coutinho’s absence, and the Brazilian’s desire to leave the club this summer.

He provided an injury update on the No. 10, along with Adam Lallana and Daniel Sturridge, with the latter expected to be “ready for the weekend,” when the Reds take on Crystal Palace.

His experience against Hoffenheim, and his opinion of their impressive young manager, Julian Nagelsmann, were also on the agenda.

“I’m the old horse in the stable, and there’s a young horse already. A big, big coaching talent,” he said.

“We don’t know each other, when I left Germany I think he was still the U19s coach. [But] I have really followed his way since then.

“He’s not the only one but he’s a good example of a lot of really good young managers in Germany.”

Jordan Henderson followed his manager out in front of the media, and was unsurprisingly asked the squad’s view on Coutinho’s unrest.

“It shouldn’t have any effect at all,” he said. “If you ask everyone they want Phil to stay because he’s a world-class player.”

Geographic location restrictions may apply—that’s out of our control, sorry!