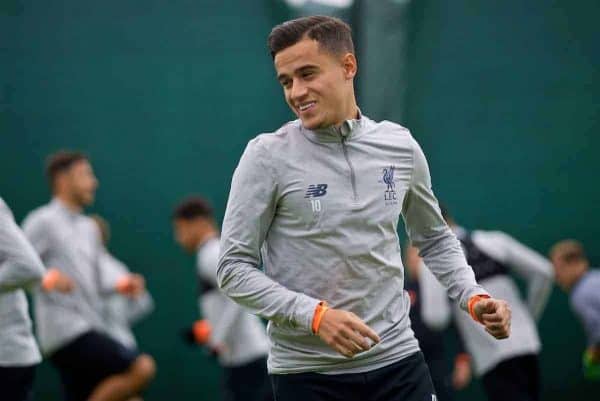 Jurgen Klopp has made three changes to his Liverpool lineup for Wednesday night’s clash with Sevilla, as they finally return to the Champions League.

After a fourth-placed finish in the Premier League last time out, and a comprehensive victory over Hoffenheim in August’s play-off qualifier, Klopp’s side are in strong European form.

However, they take on Eduardo Berizzo’s Sevilla having suffered a humiliating 5-0 loss away to Man City in the league on Saturday afternoon, with Sadio Mane controversially sent off at Anfield.

The Senegal winger is not suspended for the Champions League, however, and is among Klopp’s side as they make their continental comeback.

Loris Karius is fielded between the sticks, with Klopp opting to designate his compatriot as Liverpool’s goalkeeper in Europe, ahead of Simon Mignolet.

The 24-year-old will marshal a back four of Joe Gomez, Joel Matip, Dejan Lovren and Alberto Moreno, with the latter taking on his former side.

In midfield, Jordan Henderson is retained as Klopp’s No. 6, with Emre Can and Georginio Wijnaldum in the dual No. 8 roles.

And with Mane able to take to the field ahead of his spell on the sidelines, the 25-year-old joins Mohamed Salah and Roberto Firmino in attack.