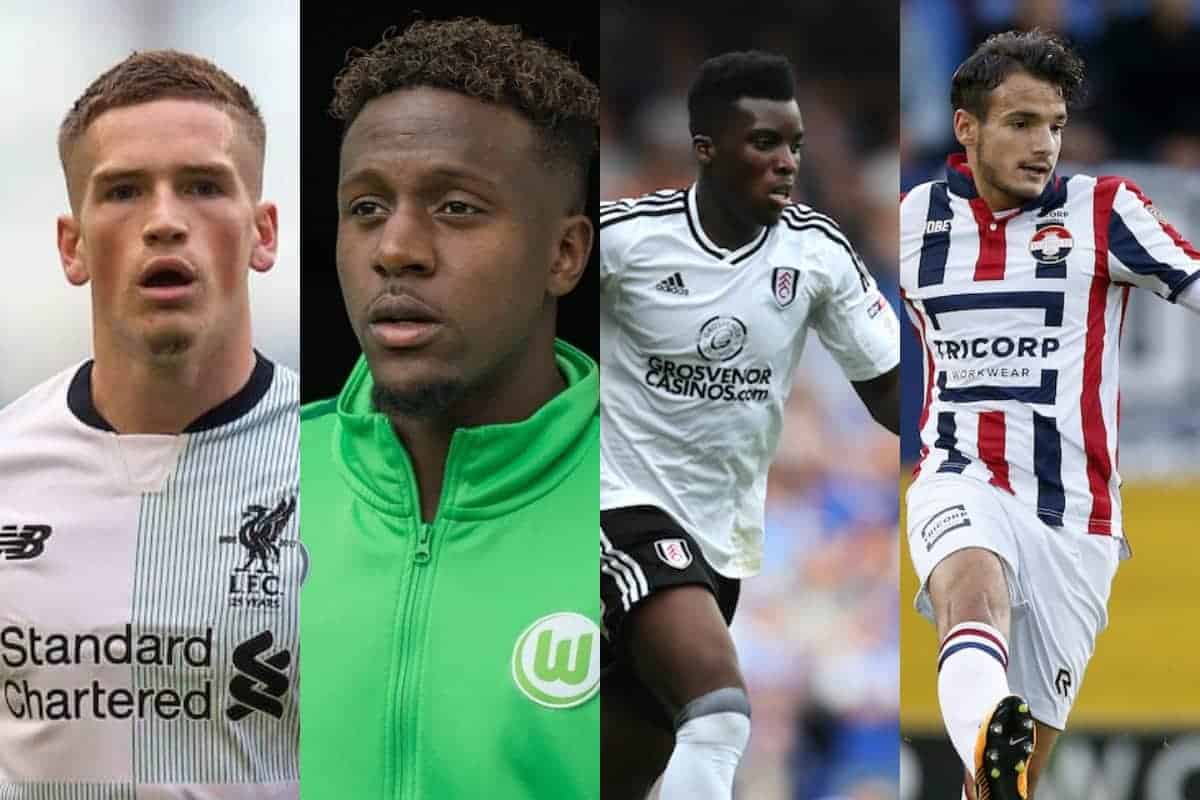 Seven of Liverpool’s loanees enjoyed match action at their new clubs this week, which included an eye-catching debut for Divock Origi at Wolfsburg.

As expected after his £6 million season-long move, Origi was thrown straight into Wolfsburg’s attack against Hannover, lining up in a strike partnership alongside veteran marksman Mario Gomez.

And the Belgian, donning the No.14 shirt, posted a lively debut in a 1-1 draw despite not managing to find a dream debut goal, bringing plenty of pace and power to Andries Jonker’s forward line.

Origi was Wolfsburg’s biggest goal threat, shown as he hit five shots on goal—more than anyone on the pitch—three of which were on target, and he also created a clear-cut chance with an excellent run and cut-back which was blazed over the bar.

After a very promising debut, the 22-year-old will want to get off the mark in his next outing, which could come against Stuttgart next weekend.

Meanwhile, Ryan Kent will have to wait for his Bundesliga debut, with the winger left out of Freiburg’s goalless draw against Borussia Dortmund having been given time to settle in after just four training sessions since arriving.

Staying in Germany, he may not officially be ‘on loan’, but in case you missed it, club-record signing Naby Keita played a leading role in guiding RB Leipzig to a 2-0 win at Hamburg on Friday.

Keita opened the scoring with a sensational individual effort to put his side on the way to an excellent away win—which you can watch and read about in full, here.

Elsewhere in Europe, Pedro Chirivella played all 90 minutes of Willem II’s 2-1 loss to ADO Den Haag, but the Spaniard continued his quiet form since returning to the Eredivisie.

Chirivella featured in a box-to-box role on the right of a three-man midfield, but while he completed a tidy 83 per-cent of his passes, he struggled to impose himself on proceedings as his side suffered a fourth straight loss.

In Belgium, Taiwo Awoniyi was unable to continue his electric start at Royal Excel Mouscron, but he still played a role in helping his side to an impressive 2-1 win over Club Brugges on Saturday.

As expected after his brilliant start, the Nigerian led the line from the off and used his physicality to compete strongly, but he was on the periphery of the action for the most part before being withdrawn after an hour.

Meanwhile, in Cyprus, Allan Rodrigues was denied a debut at Apollon Limassol, with the Brazilian an unused substitute in his side’s 1-1 draw against Olympiakos Nicosia.

And across pond in the MLS, Brooks Lennon played only the final 15 minutes of Real Salt Lake’s 3-2 loss to Vancouver Whitecaps.

Entering at 3-1 down, Lennon had little time to make the vital difference, but he was lively when on and was present when his side pulled one back before they were unable to grab an equaliser.

There was frustration all round on home soil, with none of the five domestic based Reds who featured enjoying winning weekends.

That didn’t include Sheyi Ojo who sat out Fulham’s 1-1 draw with Cardiff due to an ankle injury sustained on England duty, which manager Slavisa Jokanovic said could keep him side-lined for two more games. However, Connor Randall was one of those winless Reds, as he played all 90 minutes of Hearts’ goalless draw against Aberdeen.

Interestingly, it seems the experiment of Randall in centre-midfield has been paused—if not ended entirely—with the defender playing right wing-back in the draw, where he was a solid defensive presence and generally seemed more comfortable.

So too was Jordan Williams, who kept his starting place for Rochdale after a positive debut last week but was unable to build on it in playing in a 3-0 League One loss to Blackburn.

Williams operated as the central point of Dale’s three-man midfield, and though he turned in a hard-working display, he struggled to stamp his authority on the contest as the visitors ran out easy winners.

Meanwhile in League Two, Toni Gomes made his first start for Football League new-boys Forest Green Rovers against Exeter City, after a bright cameo on debut against Wycombe last week.

It was a winless maiden start for the young striker though, who played from 58 minutes on the left of a three-man attack where he was in quiet form and unable to spark to life in a 3-1 defeat.

In the same division, Shamal George watched Carlisle’s 3-0 loss to Accrington Stanley from the bench for the duration as he continues to serve as back-up goalkeeper for the League Two side.