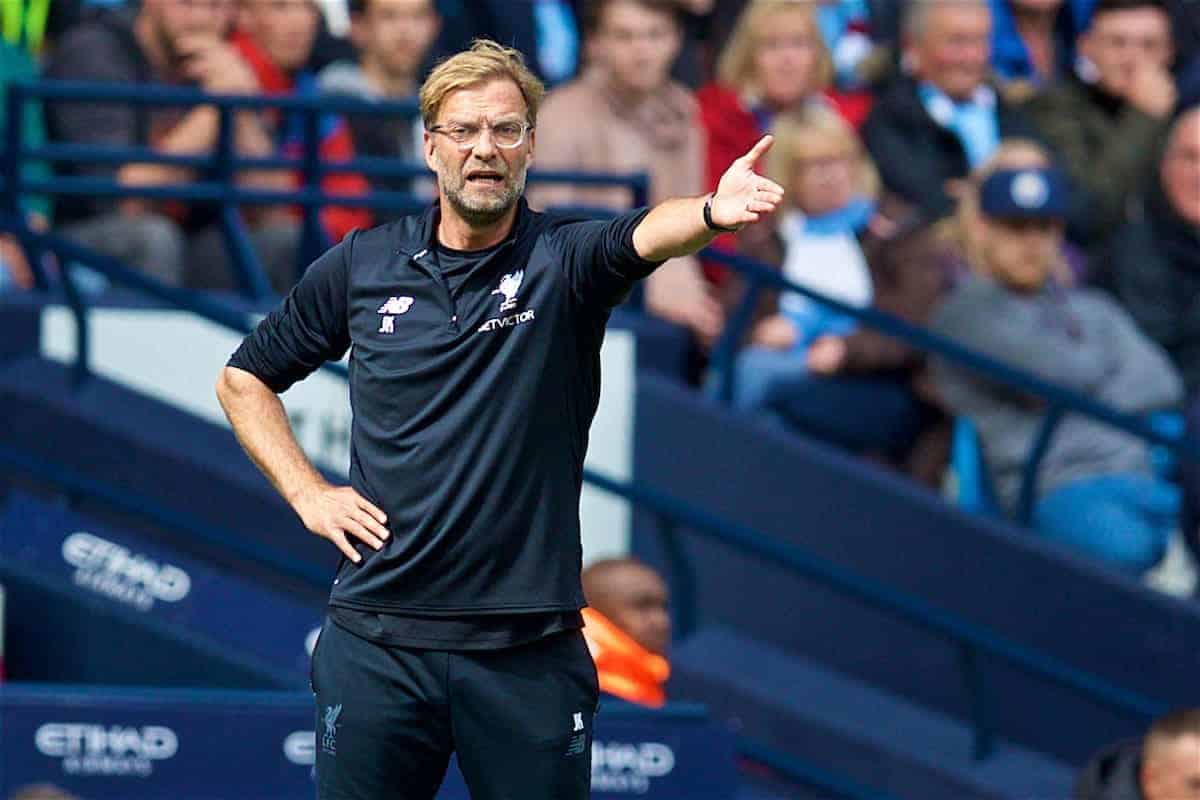 Jamie Carragher believes Jurgen Klopp was at fault for rotating his back four ahead of Saturday’s miserable 5-0 loss away to Man City.

Sergio Aguero had already put the home side 1-0 up before Sadio Mane saw red for a high boot on Brazilian goalkeeper Ederson.

The City striker had exploited a gap in the Reds’ back line that only widened as Pep Guardiola’s side took control on the dismissal of Liverpool’s No. 19.

Klopp had opted to field Ragnar Klavan ahead of Dejan Lovren for the clash, conceding that the latter had “felt the intensity” of a busy international break with Croatia.

But Carragher, dissecting the Reds’ performance on Sky Sports, felt Klopp should have stuck with his first choice for a crucial game.

“You’ve got to go out and play. You’re not going to be 100 percent fit all the time. It’s Manchester City away, you’ve got to play.

“I’m not saying it was Klavan’s fault that Liverpool did this, but he’s not quite at the level of Lovren or [Joel] Matip.

“He’s below, that’s why he’s third choice. But it’s not a fight to get into the team really, you know who Liverpool’s first two centre-halves are.”

There is more than an element of hindsight in Carragher’s criticism, with Lovren struggling for form this season so far and Klavan arguably a more reliable option.

But the former Reds defender does strike upon an important point in Klopp’s first-choice centre-backs being required to play regularly this season.

The failure to sign Virgil van Dijk in the summer transfer window leaves the German with Matip, Lovren, Klavan and Joe Gomez as four options at the back, with little else in terms of cover.

Both Matip and Lovren have suffered regular injury issues since joining Liverpool, but for big-game situations, when both are ostensibly fit, Klopp should be starting his leading duo.

It is likely that Liverpool will have still lost by a five-goal margin if Lovren was present, with Mane’s dismissal leading to a capitulation.

But a lack of consistency in the Reds’ defensive line cannot aid their prospects moving forward.