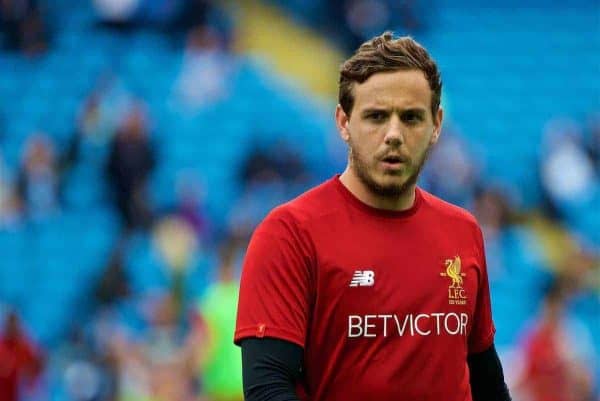 Jurgen Klopp has confirmed three players who will start for Liverpool against Leicester City on Tuesday night in the League Cup third round.

The Reds take on the Foxes in their first of two trips to the King Power Stadium this week, as they look for a return to positive form following a disappointing slump.

Klopp made seven changes to his side for Saturday’s home clash with Burnley in the Premier League, but saw Liverpool stutter, held to a 1-1 draw.

The German is likely to rotate his squad further against Leicester, and speaking on Monday afternoon he confirmed that Danny Ward, Marko Grujic and Alex Oxlade-Chamberlain would all start.

“We have a lot of players who are in good shape,” he told reporters at Melwood.

“Marko Grujic made a big step in his development, but nobody could see it so far. It’s really good to give him the opportunity.

“It’s a fantastic opportunity for Alex to go in. Since he joined it’s been pretty difficult to train on different things because it’s game after game after game.

“He also had a wonderful impact when he came on in the last game [against Burnley].”

Klopp also suggested that Jon Flanagan was “in the mix,” but the full-back’s involvement depends on the fitness of Dejan Lovren.

Lovren was on the bench on Saturday due to a back problem, and if he misses out on Tuesday it is likely that Joe Gomez will come in at centre-back, with Flanagan among the options at right-back.

“We have to see how I make the squad, but it would make sense that Flanno at least makes the squad,” Klopp explained.

“We will see, it depends on a few other things. We have a few little [injury problems].

“We will see how we can do this, but [Flanagan] is in the mix for tomorrow for sure.”

Dominic Solanke is another who is expected to make his full debut, with Klopp hailing the youngster’s ability to take “each minute as an opportunity.”