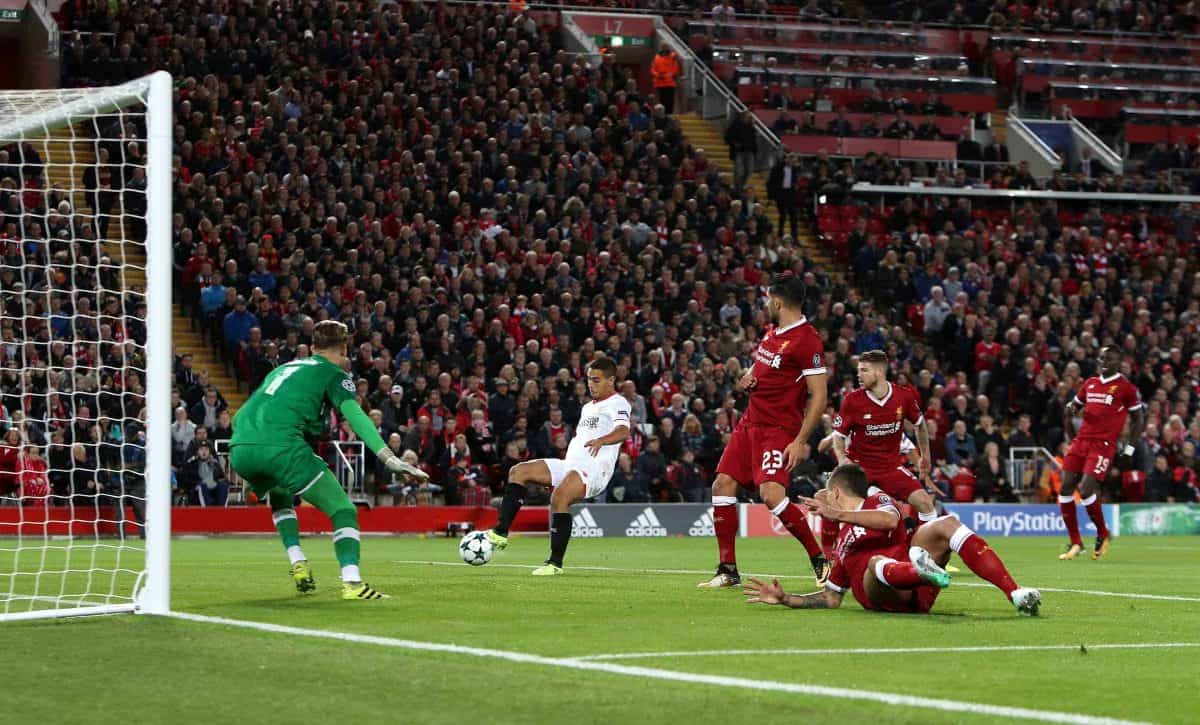 Jurgen Klopp was left to rue more individual mistakes in defence as Liverpool again threw away points from a winning position, drawing 2-2 with Sevilla on Wednesday night.

Last season, Liverpool lost 18 points from winning positions, more than all but four Premier League teams – and it’s an issue that looks set to continue after Sevilla became the second team to pick up a draw after being behind to Reds this season.

Klopp, though, insists there is no quick fix and says that the problem would not have been solved had they signed a centre-back in the summer.

The club were forced to publicly withdraw their interest in Virgil van Dijk, and went on to fail to sign any other centre-back, or even show any interest in an alternative.

“I know you are always looking for this thing – the defence was always something being talked about: ‘We didn’t sign this or that’,” said Klopp at his post-match press conference.

“If these problems could be solved by one player you can imagine we would have put all our money into it and say: ‘Let’s do this’.

“It is about being dominant and losing a bit the grip on the game that you are not in all the defensive moments.

“There is space for improvement. We need to learn to be dominant and not give easy goals.

“It is disappointment, frustration, but that is completely normal. We are responsible for the very good parts in the game and also the not-so-good parts so you have to feel disappointed after a game like this.

“It is not a general defending problem but we have to improve 100 per cent.”

Speaking about Sevilla’s opening goal, Klopp said: “I think it was through the legs of Dejan, I don’t know exactly how it was. That’s not, in the end, perfectly defended but I have to see it again.

“It’s, of course, concentration, it’s nothing else in this situation.”