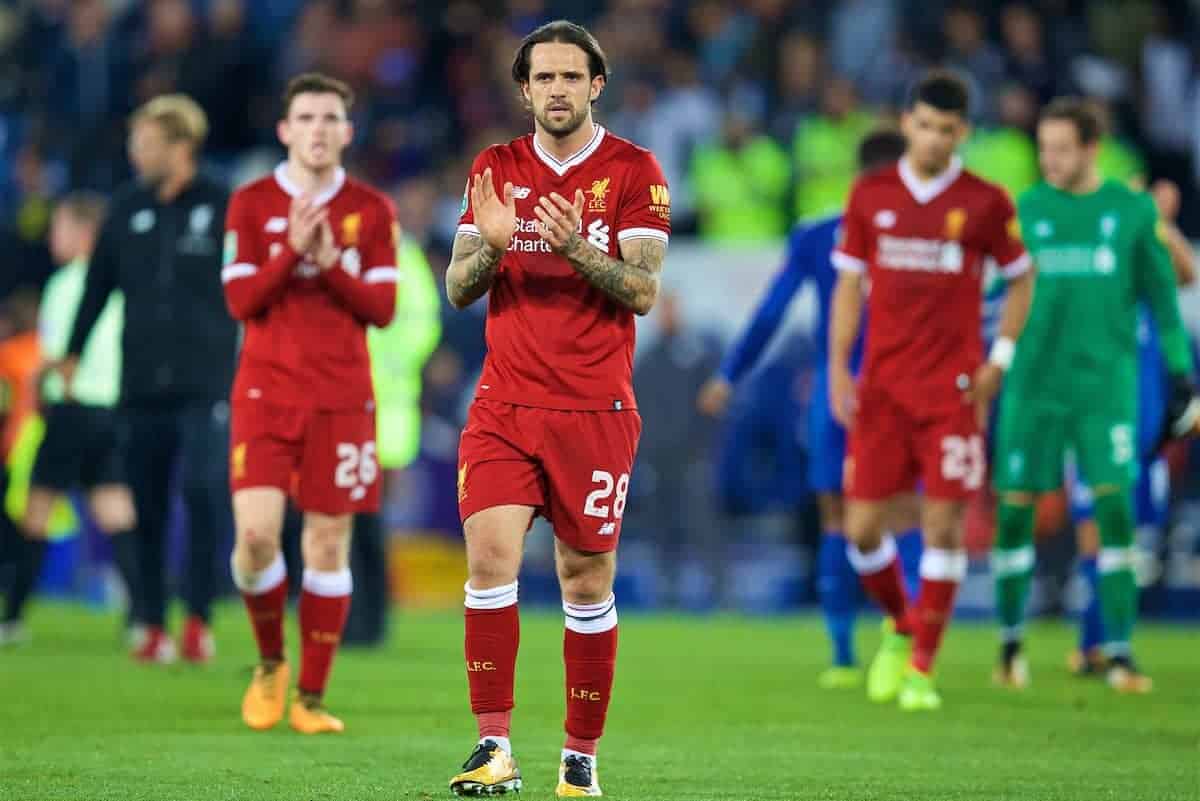 Liverpool failed to take advantage of a strong first half as some average performances saw them lose 2-0 to Leicester City in the League Cup.

Catching crosses, coming out of his area to clear up loose balls and distributing the ball quickly enough to please even the most impatient fan—it was a good performance from a goalkeeper who has an argument to be No. 1 for both club and country.

Couldn’t do anything about the first goal which deflected off Andrew Robertson, evading his outstretched hand, and the second one wouldn’t have been saved if all three of Ward, Loris Karius and Simon Mignolet were in the goal.

Made a good save later on which kept the scoreline down to just the two-goal deficit.

He blends the good parts of Mignolet and Karius in one Welsh goalkeeping package, and even kicks the ball straight out of play once in a while.

During the first half he didn’t have to do anything, and in the second half he still did nothing anyway.

Struggled when defending one-on-one against Demarai Gray, and his linkup with his own team-mates was worse as the game went on.

Judging by this performance, and seeing as the club are now out of the League Cup, he won’t get another game this season, and likely made his last appearance for Liverpool.

Played well having come inside from right-back to centre-back, and despite the odd lapse he still looked better than Liverpool’s other options in this area.

Strong, and quick enough to recover if caught slightly out of position.

Good passing with both feet, and not afraid to play balls through traffic into midfield.

Kept his place in the side from the Burnley game and put in a good performance, although wasn’t tested too much by the Leicester attack.

Did some good clearing up, looked comfortable alongside a quicker partner and was able to step out and deal with things.

Tried to block the shot for the first goal, but the centre-backs had been hung out to dry by a midfield who didn’t respond once the initial corner was cleared. Andrew Robertson – 7 (Man of the Match)

Put several dangerous balls into the box during an excellent first half, but his team-mates couldn’t convert the chances he presented them with.

Worked well with Philippe Coutinho, now the Brazilian was finally passing him the ball, having avoided doing so in the previous game.

Was unfortunate to see the ball deflect into the net off his last-ditch challenge.

His short passing was tidier and up to the level you’d expect from a player in his position; especially one who was given so much space.

Telling that he played the full 90 in a reserve side, perhaps indicating that Klopp doesn’t want him for his best 11 at the weekend.

Regularly involved but, this being an away game, he didn’t fancy scoring or doing anything really productive with the ball.

If he plays in the upcoming Premier League game against the same opposition, at the same stadium, it might feel like a home game, so he could finally break the hoodoo.

Like the others he didn’t protect his defence when called upon.

Replaces Lucas Leiva in so much as he likes a mistimed, rash challenge regardless of where he is on the pitch.

Won more aerial duels than any other player on the pitch with eight.

Looked neat and tidy with his short passing but his through balls were rusty and lacked accuracy.

Needs to be more disciplined in defence with both his tackling and positioning.

Heavily involved. Sloppy. Had a problem with his socks which seemed to baffle Jurgen Klopp.

Let off a powerful shot with his left foot but it was straight at the Leicester ‘keeper.

Tried in all aspects of the game: dribbling, shooting, passing, but the only ones he succeeded in were work rate and application.

If he gets the other things right he could be a good player for Klopp, but he wasn’t on Tuesday night.

A good presence up front, constantly available to bounce passes off and made some valiant attempts to hold the ball up in traffic.

Was generally lively, and saw an early shot dragged across goal. Came close to scoring from a Robertson cross but couldn’t quite get enough on the ball.

Promising signs from the youngster—it’s just a shame he doesn’t now have the League Cup to get his games. Sent a free-kick over the bar and generally cut a frustrated figure as the things he tried didn’t quite come off.

Did create a few chances, though, and even when not at the top of his game he still stands out above most others on the pitch.

Klopp decided to take him off at half-time, with the general consensus being that he was just getting a bit of match sharpness ahead of the upcoming league game. Had a shot which bent just around the top corner. Looked like one of the players most likely to make something happen despite being the youngest in the side.

Good movement, some willing running, and not as off the pace as you’d expect from someone who has been out for as long as he has. Made changes with the upcoming league game in mind and in the first half they seemed to have worked, but his side couldn’t turn their domination into goals, despite the best efforts of Solanke and Robertson.

Took Coutinho off at half-time and the game changed.

The team lacked control in midfield without the Brazilian, and even though his replacement, Woodburn, looked dangerous in the final third, he lacked support from elsewhere.

Gets marked down from five to four for not bringing Lazar Markovic on.